More for you |
The best electric cars you can buy today The safest cars on sale todayBest plug-in hybrid cars 2021Budget 2021: What does it mean for motorists?BMW 530e long-term test review
Home
News
The OFTs guidelines
news 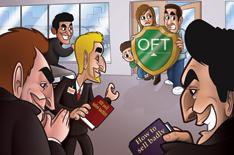 Under existing consumer laws, activities such as clocking (winding back a cars mileage reading to increase its value) or falsifying a service history are illegal, but legal complexities mean that its sometimes hard to pin down where the crime lies.

The OFTs new guidelines for the sale of second-hand cars is designed to clear up any confusion over existing consumer laws, so that dealers and consumers understand whats acceptable and whats not. However, the initiative goes further still.

Mike Lambourne, team leader of the OFTs second-hand car market study, explains: The guidance is primarily for second-hand car dealers, but it will also be of use to enforcers, such as Trading Standards officers, and to consumer advisers in understanding the law. The guidelines are mainly concerned with cars sold from forecourts, but they also cover dealers who sell cars through auctions.

The guidelines will also enhance the Consumer Protection for Unfair Trading Regulations (CPRs) 2008 and the Sale of Goods Act 1979. Under these rules, buyers are shielded from a wide range of underhand tactics that dealers might try. Actions such as misleading buyers by giving false information verbally or in writing, or failing to disclose information, including if a car has been used as a rental or lease vehicle.