Toyota sports car on the way 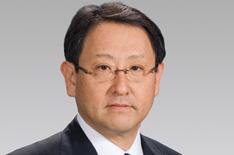 Toyota has revealed plans to launch an all-new affordable sports car within the next few years.

Inspired by Toyota's motorsport activities, Toyota's president, Akio Toyoda, said the car will be an 'exciting and fun driving experience'.

He also said that development of the new vehicle would be a priority: 'My hope is that I can transfer some enthusiasm from the race track to our road vehicles.

'I am very excited about it, and I plan to fast-track it.'

Toyota's last affordable sports car was the MR2 roadster, which ceased production in 2007.

Toyota's plans for a carbon-free century
Production of a hydrogen fuel cell vehicle within six years was also revealed as a central part of Toyota's long-term strategy.

Speaking at the Centre for Automotive Research (CAR) Conference in Michigan, Akio Toyoda explained: 'Our primary aim is to find better ways to use oil and develop vehicles that are less dependent on it.

'I have started the ball rolling at Toyota by asking our associates around the world to develop answers for the next 100 years.'