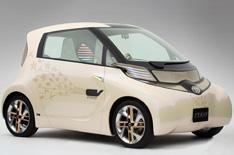 Toyota has taken another step towards its goal of putting hydrogen fuel-cell cars on sale by 2015 by supplying its hydrogen cars to a scheme in Germany.

The company is giving five of its FCHV fuel-cell vehicles to the Clean Energy Partnership (CEP) in Germany, a government-funded project that aims to develop the infrastructure necessary for alternatively fuelled vehicles.

'Close tie-ups between car manufacturers and infrastructure companies are vital.'

Infrastructure growing slowly
Besides the two billion euro investment in the CEP project, which will install refuelling points between Berlin and Hamburg, other countries in Europe are slowly putting a skeleton refuelling structure in place.

There are 15 refuelling stations in Scandinavia, while the M4 is targeted as becoming the UK's first hyrdrogen highway by as early as 2015.

Stars in hydrogen cars
The FCHV cars that Toyota will supply to the CEP by 2011 are not the first to join the roads.

Rival brand Honda already has several FCX Clarity models in use in America, including with celebs such as Jamie Lee Curtis, and What Car? Group Editor Steve Fowler has also driven one. Click FCX Clarity driven for more.

Mazda has been developing hydrogen vehicles for more than 18 years. Take a look at Mazda and the hydrogen highway.