* Owners of uninsured cars targetted * Will get 100 fine initially * Cars crushed if no insurance bought... 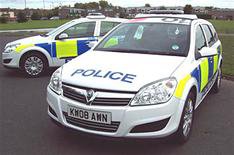 Owners of uninsured vehicles will be fined regardless of whether they drive the car, under new regulations set out by the Government.

Officials hope the new system will make it easier to catch drivers who don't have insurance.

The DVLA will work with the insurance industry to identify uninsured vehicles, with owners of the vehicles then sent a warning letter.

If they don't pay, they will get a 100 fine and failure to then get the car insured will result in the car being destroyed, regardless of whether the fine is paid.

Every insured motorist is estimated to have 30 a year added to their premium to cover accidents caused by uninsured drivers.

The proposed law change will now go to public consultation before being ratified as law.