Our four-wheel-drive Suzuki Swift hybrid is a curious combination, but does that make it the perfect small car for all seasons? We have four months to find out... 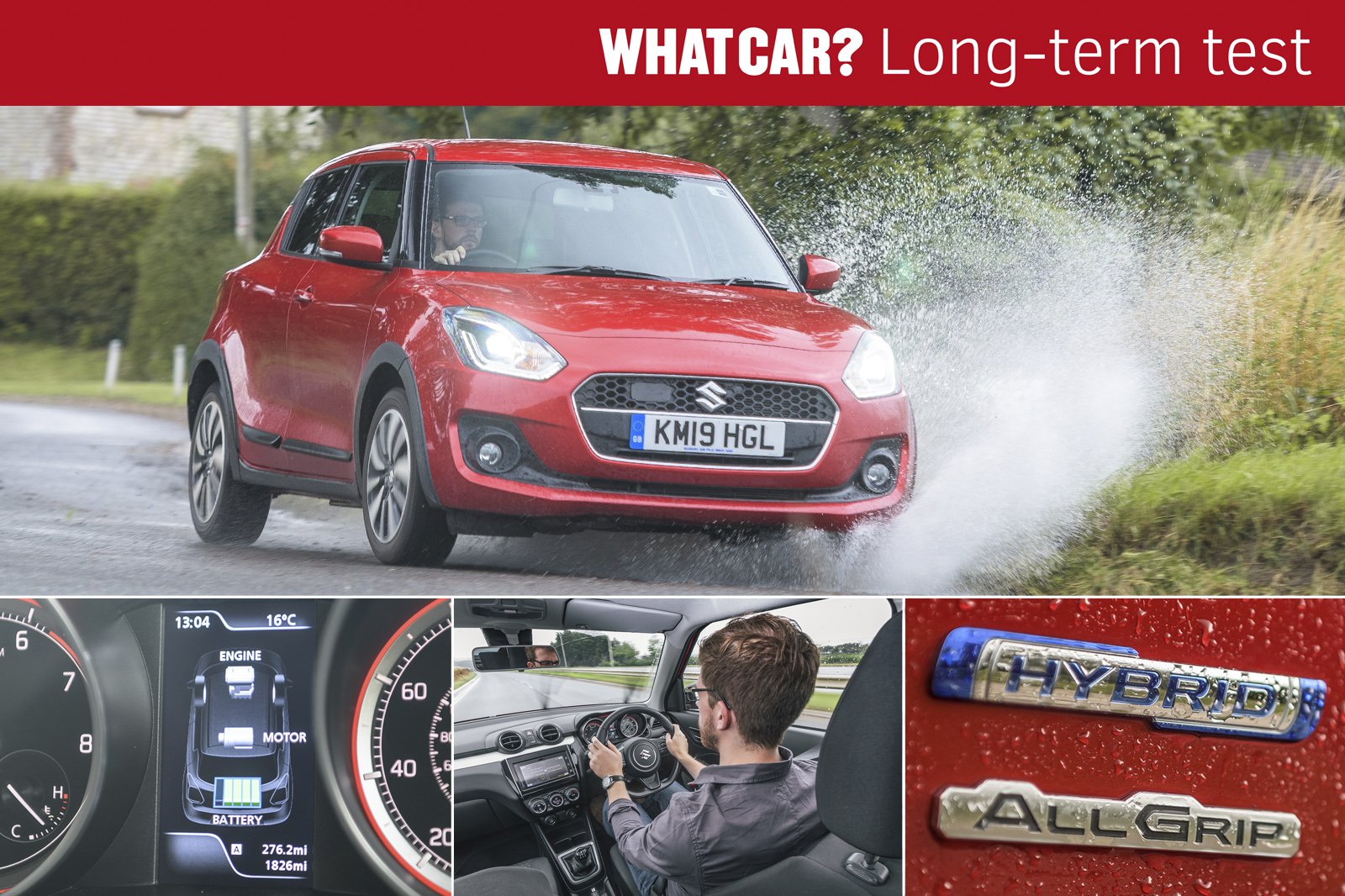 A new year is a good excuse to make changes in life, and in my case, it's bidding farewell to my Suzuki Swift. But this parting is an amicable one, because I’ve found a lot to like about this little red hybrid over the 4000 miles we’ve covered together. 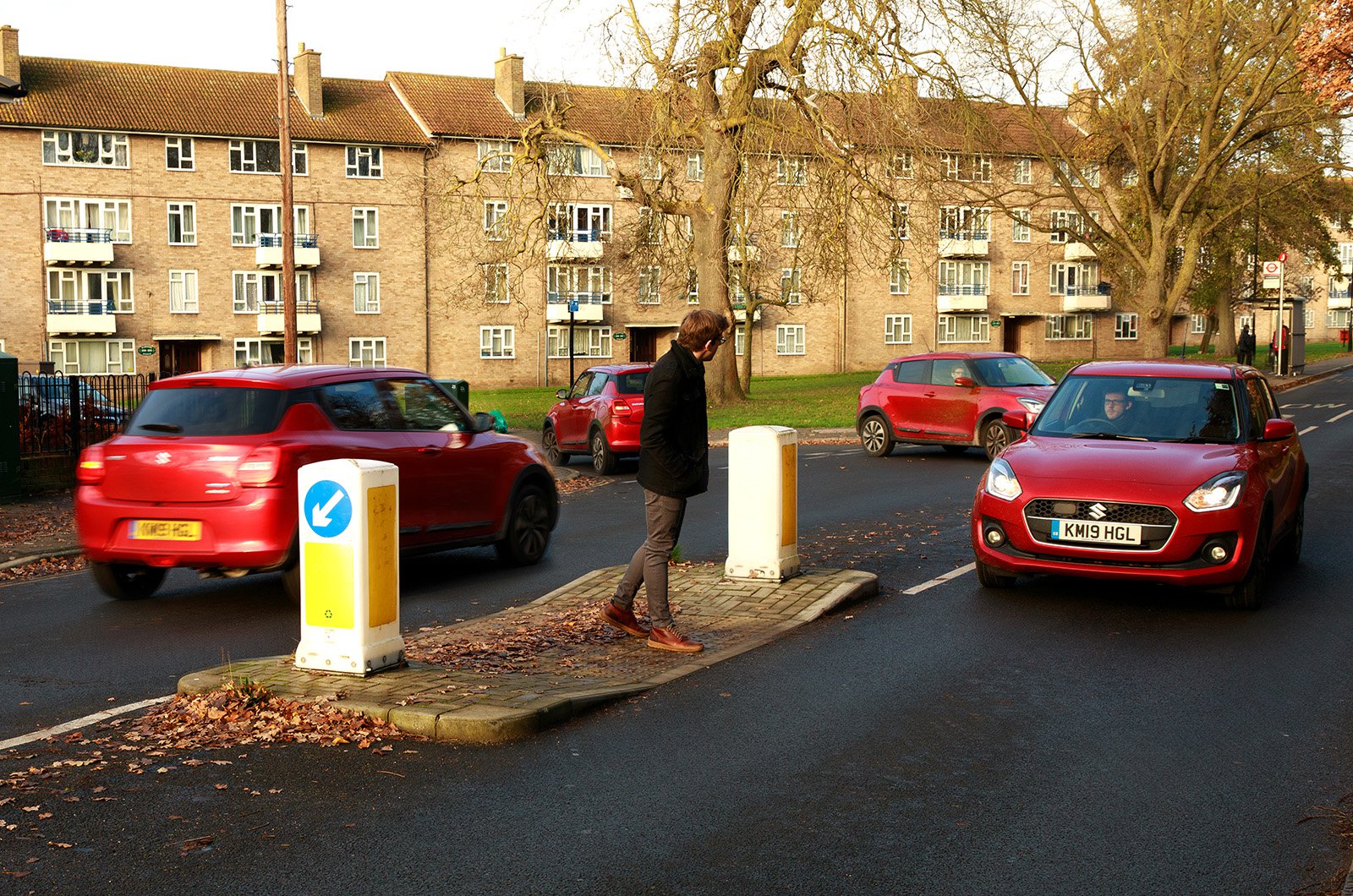 First and foremost, fuel economy was stellar. Sure, a 'proper' hybrid like the Toyota Yaris would have sipped less petrol, but the 48.4mpg I got out of the Swift is less than 3% off the official average figure and far better than what I got out of my previous long-termer, a Dacia Sandero.

This was no doubt due to the electrical assistance used to boost the efficiency of this Swift. I talked about this in more detail in an earlier report, but the upshot seems to be that it’ll be more cost-effective than a regular petrol car, particularly if you regularly commute in traffic, where the hybrid system works best. It has the added benefit of one of the smoothest engine start/stop systems I’ve encountered, because it uses the unobtrusive electrical motor of the hybrid system to restart the engine rather than the starter motor.

I also appreciated the little hybrid graphics in the instrument cluster, because they allowed me to keep track of what was going on at any given time. There were other geeky information points, too, such as the amount of fuel saved by the start/stop system (nearly four litres of dinosaur goo spared and eight hours, 52 minutes and 54 seconds spent with the engine resting, to be precise) and even a basic g-metre to show cornering, acceleration and braking force over a journey. That one would be overlooked by most people, but it at least gave me some justification for using the hooks in the boot to keep my shopping bags in place.

This Swift is a lot more practical than the one that went before, particularly in the back, where even our overly tall junior photographer could fit, thanks to a high roof and space for feet under the front seats. True, the interior is full of hard plastics, but that’s a given in much of the small car class. And top-spec SZ5 trim gets loads of kit, my favourite being the LED headlights: an absolute must for anyone who lives in the sticks. 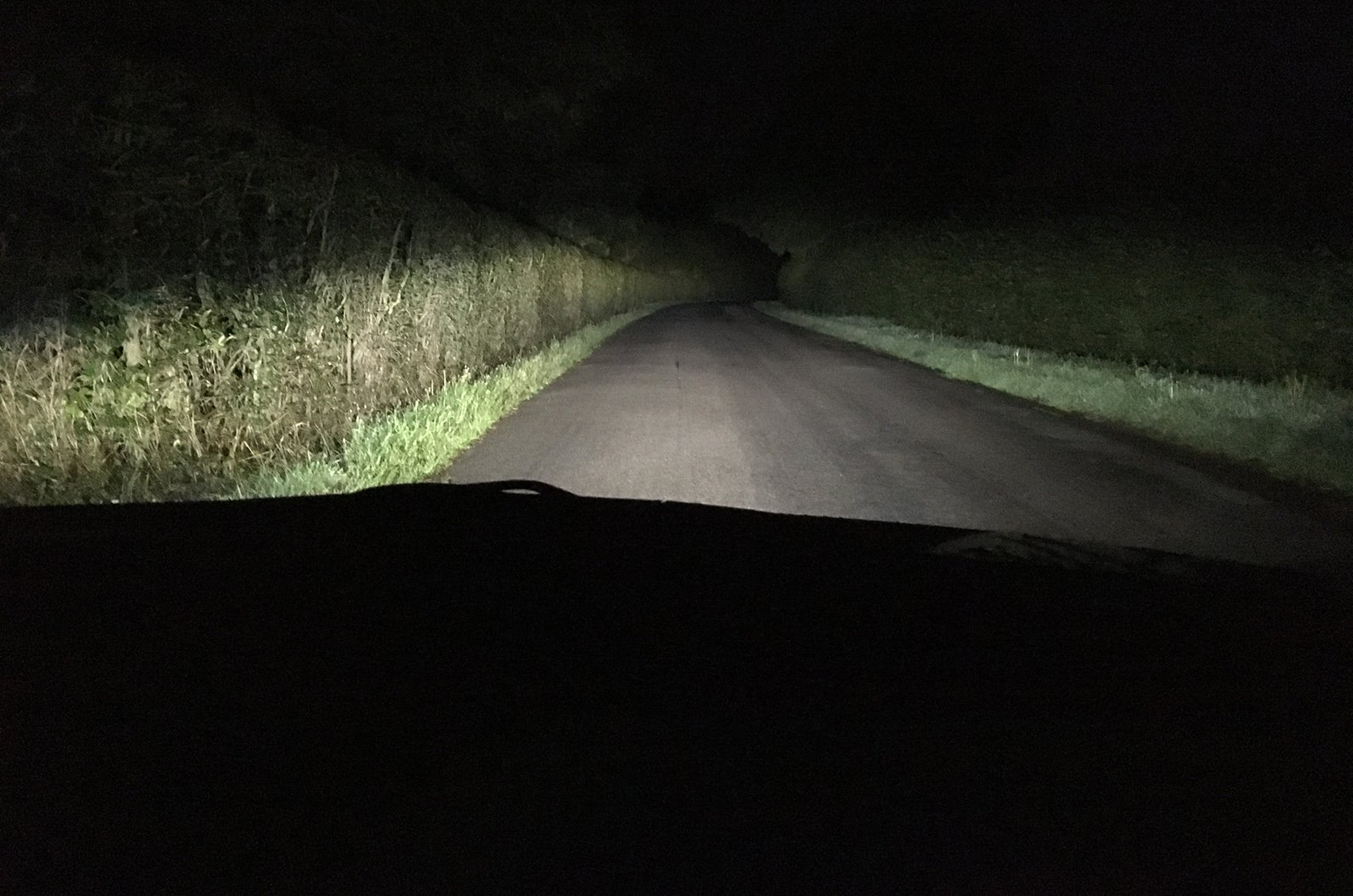 What I was less fond of was the automatic emergency braking warning, which is the same irritating sound as made by a £4.99 alarm clock and went off far more regularly than in any other car I’ve driven. I don’t mind such systems in general, because they add an additional layer of guidance, but this one can be set off by simply passing parked cars, which can make driving down suburban streets a bit tiresome. 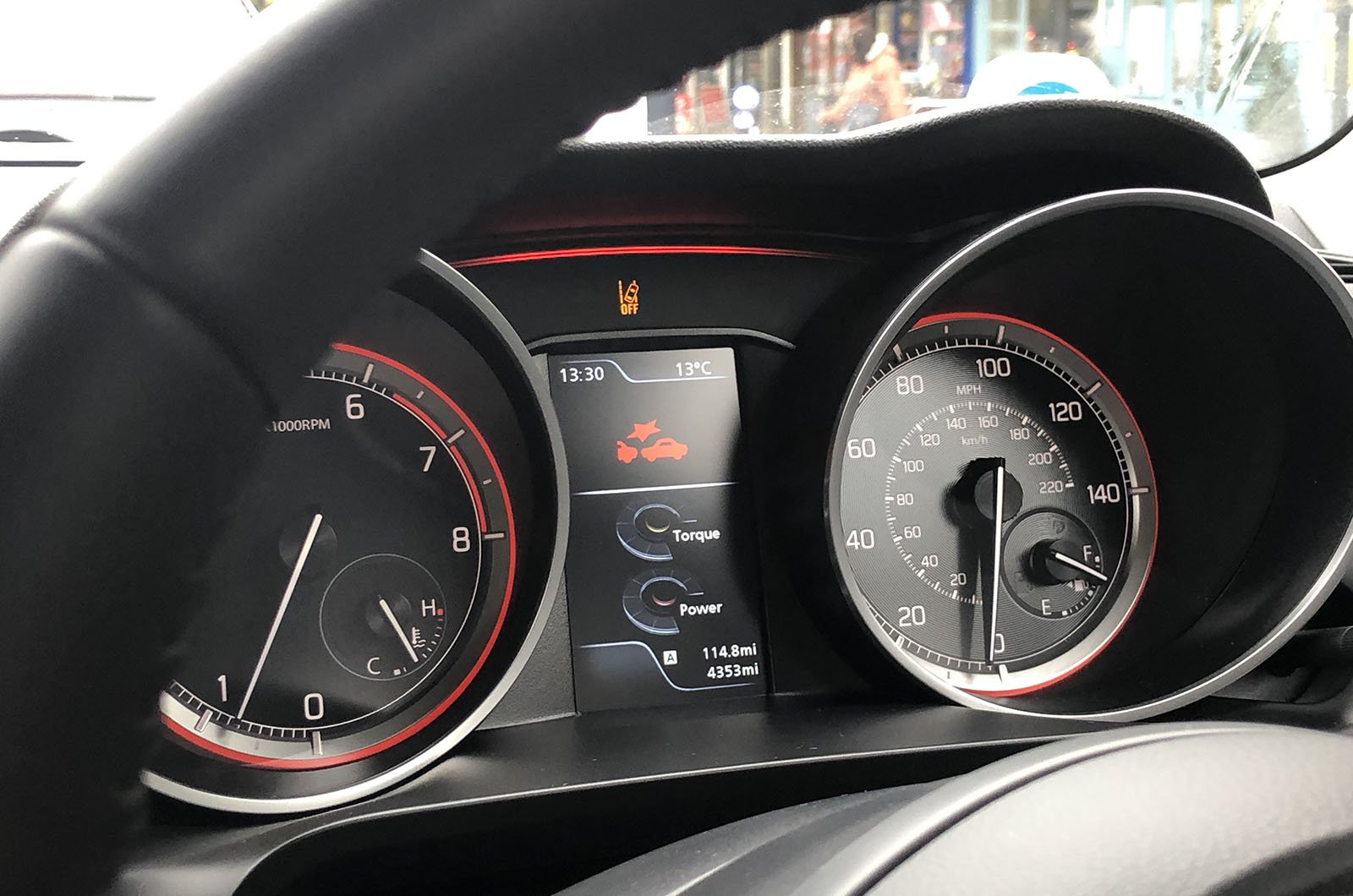 I’m not sure I’d go for four-wheel drive if I had the option again. People who live in a remote village with harsh weather conditions would welcome the extra all-weather capabilities this brings, sure, but I didn’t find any particular situation in my time with it where a regular front-wheel-drive model wouldn’t have been just as suitable. But that’s okay, because it would mean I could go for the more economical and faster 1.0-litre three-cylinder turbo petrol model, which is a bit more fun to drive. 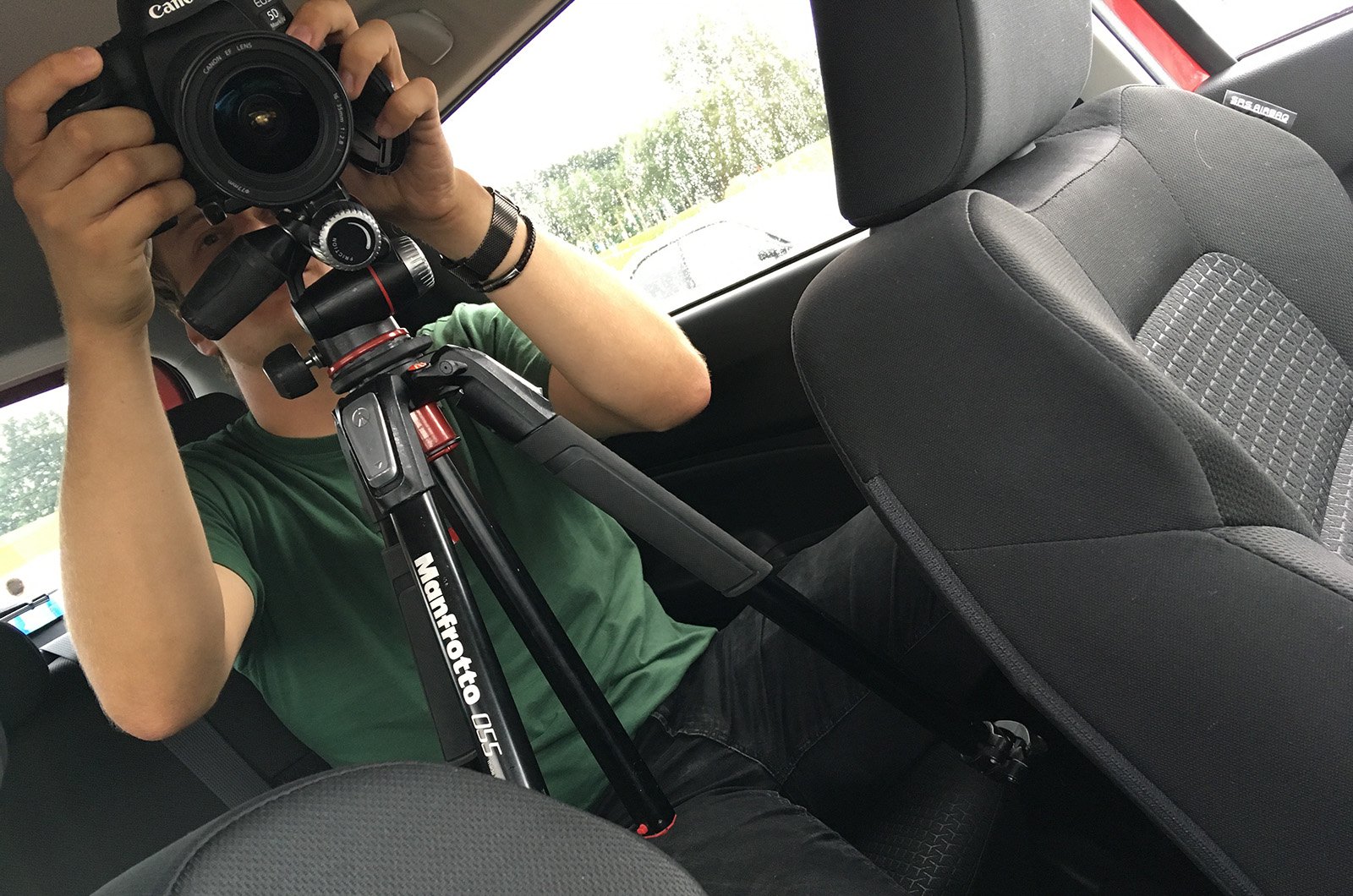 Not that my car wasn’t enjoyable in its own way, especially in the instant response from the eager 1.2-litre engine that revels on revs. The gearbox was nice to use, too, with a precise clutch and slick shift action. And I had no complaints about the steering, which may have been slightly heavier compared with some rivals but was accurate and had finely judged, progressive weighting.

For a car with no sporting pretensions, the ride was a touch too firm; it couldn’t deal with bumps at speed as adroitly as the Ford Fiesta. Road noise was a tad loud at times, too. But then if the Swift had more sound insulation, it would weigh more and wouldn’t be as fleet of foot on twisty country roads, nor as economical. 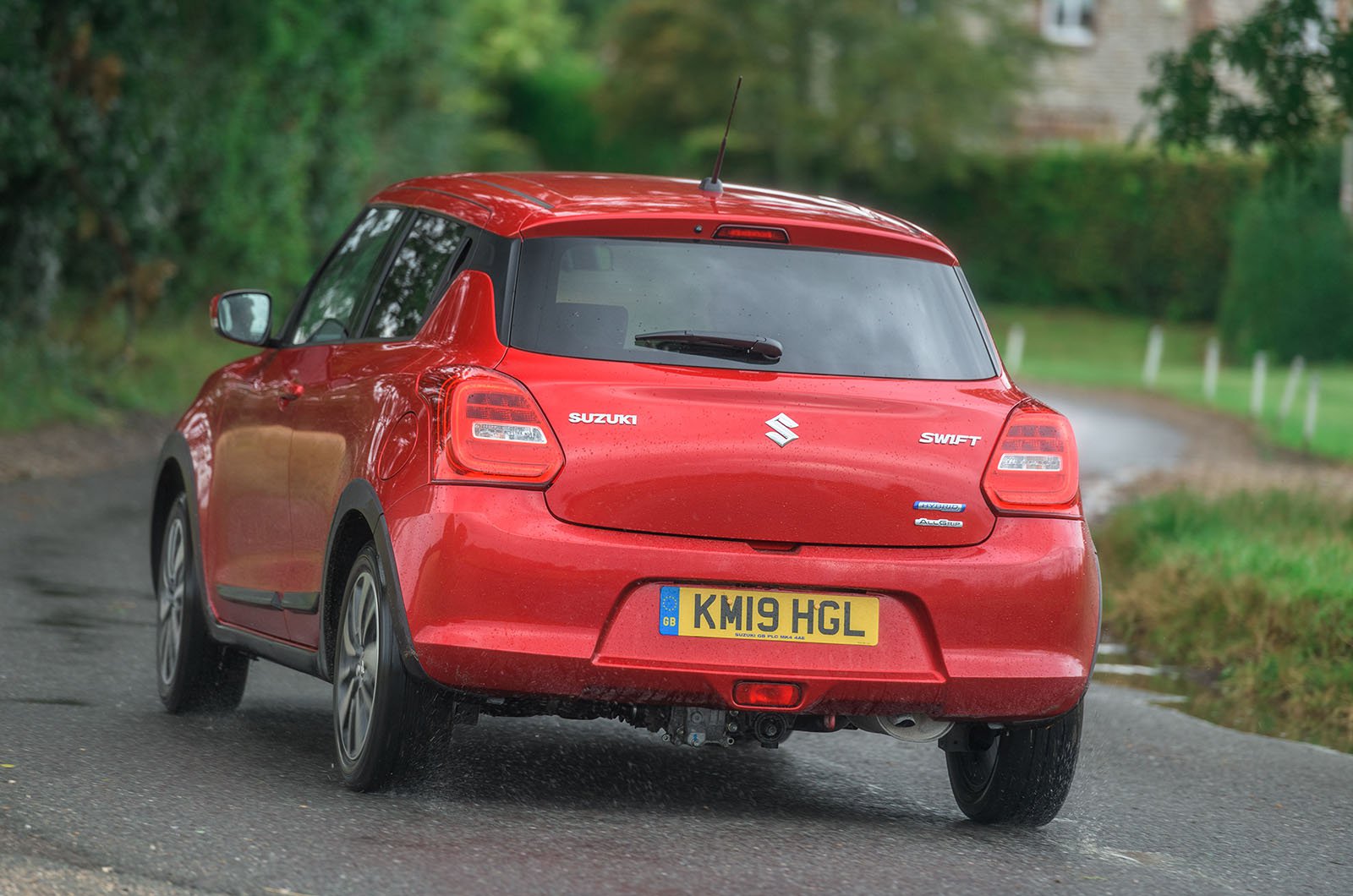 Ultimately, the Swift is a very likeable small car that should make your shortlist if you’re in the market for a reliable (ours was largely trouble-free, aside from some brake squeal and a split door lining - all fixed under warranty), economical and well-equipped small car.

You’ll need to weigh that against the added refinement, extra Euro NCAP star (or two if you get a Swift without the active safety technology) and lower insurance costs of some rivals, but I’d certainly be tempted, particularly because it’s one of only very few small cars that offers some form of hybrid technology.