With the market for electric vans still in its infancy, manufacturers tend to offer just one power rating for their electric models, and it has become commonplace for that single motor option to sit in the middle of the diesel engine range.

With the e-Boxer, though, the engine has been replaced with a 121bhp motor. That sits closer to the entry-level diesel engines in the conventional Peugeot Boxer. Still, 121bhp is sufficient and seems to be an accepted benchmark.

Compared with the E-Ducato, which has the same power output, the e-Boxer feels a little more restrained – almost as though it’s warming itself up with a jog before breaking into a full run. It really will feel like a big, slow van when you throw some weight in the back.

Electric vans are meant to be quiet, but the e-Boxer is a bit disappointing with its noisiness. It's front-wheel-drive, so more whine from the motor reaches the driver's ears than in the rear-wheel-drive E-Transit. There’s also more road noise as well as the sound of the wind forcing itself around the A-pillars and extra-large wing mirrors. It’s not disruptive, but it's louder than in the E-Transit and eSprinter.

The ride is comfortable for a big van with firm suspension, which is a bonus, and it's pretty adept at handling a twisty road. The heavy steering isn’t ideal if you plan to use your van mostly on town and city roads.

The regenerative braking, which recoups energy to top up the battery, is moderate. You’ll notice a slight slowing down as you lift off the accelerator, but surprisingly there's no additional braking mode to increase the amount of energy you can reclaim. Instead you’ll have to rely on the conventional brakes, which seems a waste and is likely to be a consequence of the third-party conversion. 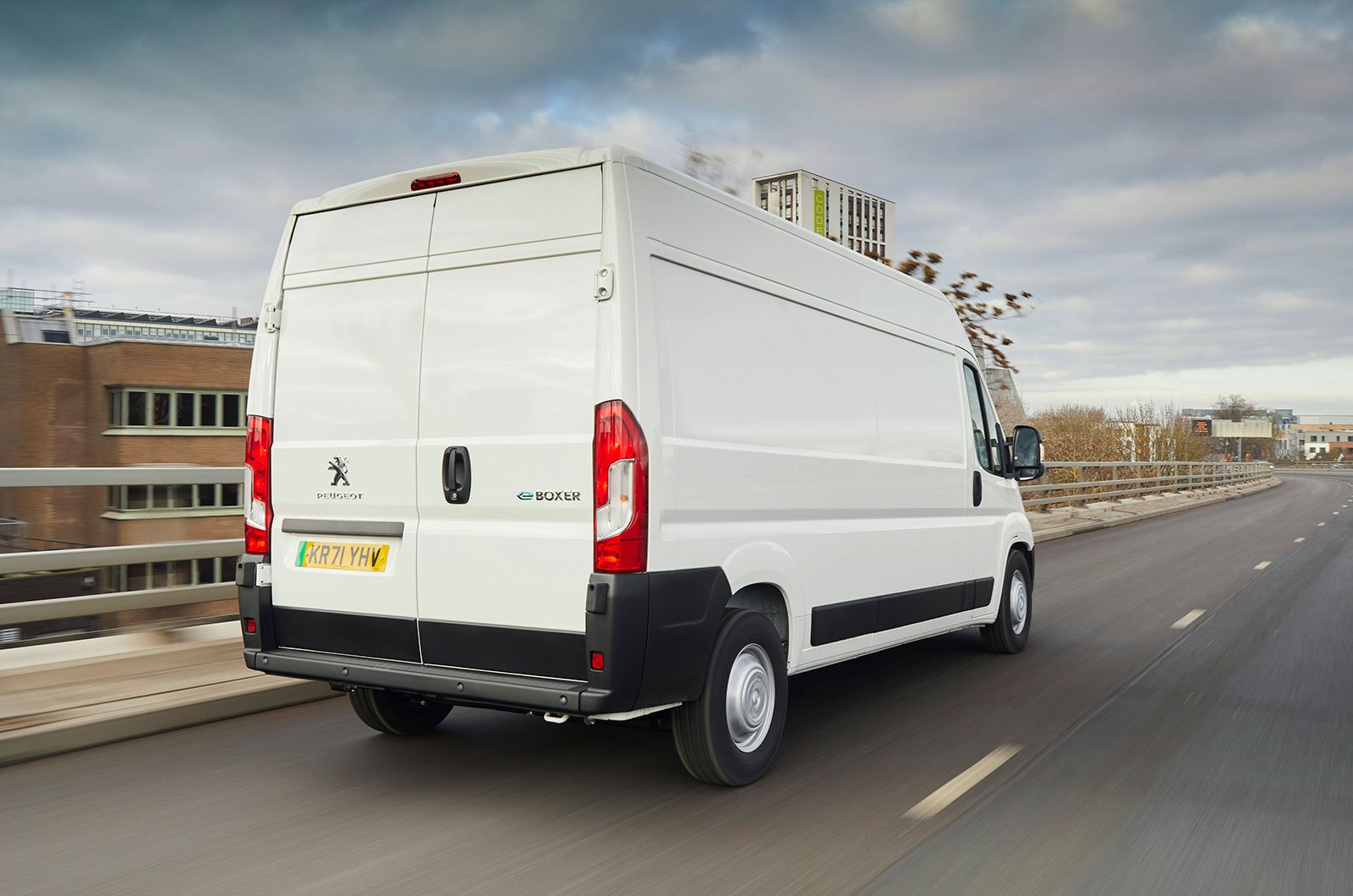