Switch the Polestar 1 on and, assuming there’s charge in the car’s batteries, it’ll start off running on electric power until you either run out of volts or forceably introduce the accelerator pedal to the carpet. If you want to avoid the petrol engine coming on at all, there’s a ‘Pure’ mode that’s electric only all the way up to 100mph.

In fact, in Pure, performance isn’t at all shabby. The 1’s pair of electric motors – one for each rear wheel – work together to produce a reasonable 229bhp and, more importantly, 354lb ft of torque. That’s more torque than you get in a Porsche 911. As with all electric cars, though, expect to see the 78 mile range tumble quickly at motorway speeds, so it’s handy that you have the option to conserve battery power for later in your journey. If you’d rather use it all up and charge it when you get home, it’ll take 3 hours to go from 0-100% using a three-phase 16amp wallbox, or less than an hour if you can find a 50kW fast charger.

But although you’ll easily keep pace with traffic with the petrol engine off, you’ll need to wake it up for the 1 to feel as fast as its official 0-62mph time suggests. This 2.0-litre turbocharged and supercharged motor produces 305bhp, while an additional 67bhp electric motor up front can add power or restart the engine far more smoothly than a conventional starter motor. ‘Hybrid’ mode will get the motor running when needed, with ‘AWD’ and ‘Power’ modes keeping it permanently engaged to prioritise maximum traction on slippery surfaces or to maximise performance, respectively.

Now, if you’ve been paying attention, you’ll notice that the front wheels receive a fair bit more power than the rears. As a consequence, on slippery surfaces, you can occasionally feel the steering wheel writhing in your hands as the front tyres struggle for traction. Thankfully this is only really an issue when you launch the car from a standstill.

However, there’s no doubting the performance on offer. The 1’s 4.2sec 0-62mph time is entirely believable, while the way it surges past slower moving traffic when overtaking is addictive. Just be aware that, if you’re cruising in electric mode and want to pick up speed in a hurry, the petrol engine does take a moment to wake up and start producing power. This transition is masked by the grunt of the electric motors, but ultimately, you’ll want it in Power mode if you’re in the mood for a spirited drive.

And even though (whisper it), the Polestar 1 shares its basic platform with the rather soggy Volvo S90 T8, you’ll certainly feel the temptation to give it a damn good thrashing. For a start, the steering transmits a few subtle messages about the front tyre’s activities and is very precise, helping build your confidence. The brakes feel much more natural than we’ve come to expect on hybrids, too.

What’s more, even though the 1 is a little on the porky side, it does a convincing job of concealing its mass the vast majority of the time. While you might expect some clever computer controlled air suspension system to be behind this, the 1 is actually refreshingly simple; you get conventional coil springs on all four corners, paired with high-quality Ohlins dampers. These are adjustable, but don’t expect to change their stiffness from the car’s touchscreen. Instead, you have to manually adjust them, which is easy enough up front, but you’ll need to jack the car up to fiddle with the rears.

Our relatively short test drive and unwillingness to get our hands dirty meant we stuck with the standard settings. This was no bad thing; thus configured, the 1 grips the road tenaciously and does a commendable job of resisting running wide at the front. Helping matters are those twin electric motors, which are able to do something called torque vectoring. Without going into too much detail, this means the outside rear wheel can be sent more power during cornering, to effectively push the nose of the car towards the inside of the bend, and even get the tail sliding slightly if you want to. Now, don’t get us wrong, an Aston Martin DB11 feels more agile and playful, but the Polestar 1 compares favourably to other heavyweights like the Bentley Continental GT and Mercedes S-Class Coupé.

Now, at this point you’re expecting us to say that agility comes at the expense of ride comfort, right? Well, the 1 is undoubtedly firm, making you aware of the road’s surface passing beneath you, yet those trick dampers take the sting out of even the nastiest pothole or pimple before settling the car back down instantly. That’s impressive for something that wears 21in wheels, with tyres like rubber bands. Just bear in mind that those looking for a bit of waft would be better served by the pillowy S-Class Coupé.

With cars like the Polestar 1 being designed to cross Europe should the fancy take you, refinement is rather important. Things get off to a good start; the electric mode allows hushed progress, with only a bit of a whine from the electric motors. Get up to speed and wind noise is well contained, road noise is perfectly acceptable while the engine is virtually silent at a cruise. Put your foot down, though, and although the engine doesn’t sound bad, it makes a noise that’s more reminiscent of a hot hatch than a big GT. However, vitally, the 1 switches between its power sources and changes gear smoothly.

It’s also worth pointing out that the Polestar 1 gets something called Pilot Assist as standard. This combines adaptive cruise control with lane centring to take the strain out of long journeys and traffic jams. While it has the occasional moment of confusion, it’s a useful extra feature. 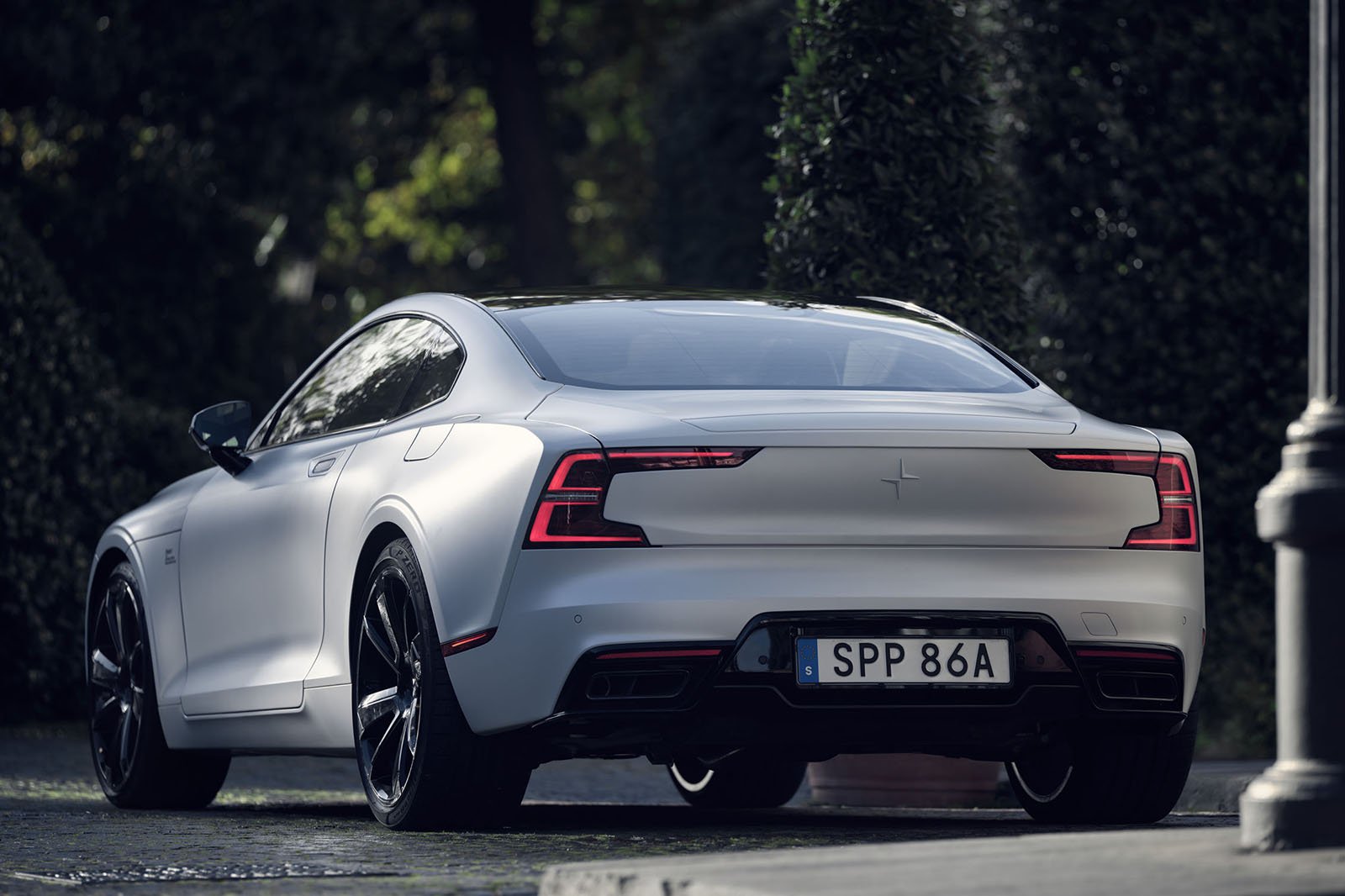