Let’s begin with the 'heart' of the Suzuki Swift Sport: its turbocharged 1.4-litre Boosterjet engine. Mild-hybrid assistance helps with efficiency and improves performance, but the 127bhp power output doesn’t give it much in the way of hot hatch bragging rights.

Fortunately, the Swift Sport weighs only 1025kg (more than 200kg less than the Ford Fiesta ST). Little wonder, then, that it accelerates with an intensity that belies its humble claimed 0-62mph time of 9.1sec. In fact, during our performance testing on a dry day, we clocked an impressive 0-60mph time of just 7.0sec. That’s 1.6sec quicker than the Volkswagen Up GTI.

When you turn in to a quick corner, there’s a bit more lean than in some hot hatches, but less than in the Up GTI, and the Swift Sport settles quickly and locks on to your chosen line.

If you squeeze on the accelerator mid-corner too aggressively, you might sense the front wheels beginning to run wide of your desired course, but a lift of the accelerator pedal tucks the nose back in promptly. Pushed hard, it’s more composed and agile than the Abarth 595 and Up GTI, but it’s not as much fun as the Fiesta ST.

The fly in the ointment is the Swift Sport's steering. As you turn the wheel, there's an initial numbness that can be frustrating. Indeed, the Up GTI’s precise, well-weighted steering is part of the reason it's so much fun, even at relatively low speeds. The Swift's front tyres give you a reasonable amount of information, but you do have to contend with the wheel writhing in your hands a little over mid-corner bumps if you corner keenly.

When sporty driving isn’t your priority, it's surprisingly comfortable, and only the worst bashed-up road surfaces cause the suspension to kick and rattle. The Up GTI is even more comfortable in the main, but on speed bumps and rippled country roads Swift passengers are shaken to and fro far less.

You’ll notice plenty of wind and road noise, though, and the brakes might take some getting used to – when you come off the accelerator pedal, the car sheds speed rather more quickly than you might expect. That’s down to the hybrid system recovering energy to recharge its batteries as the car slows. 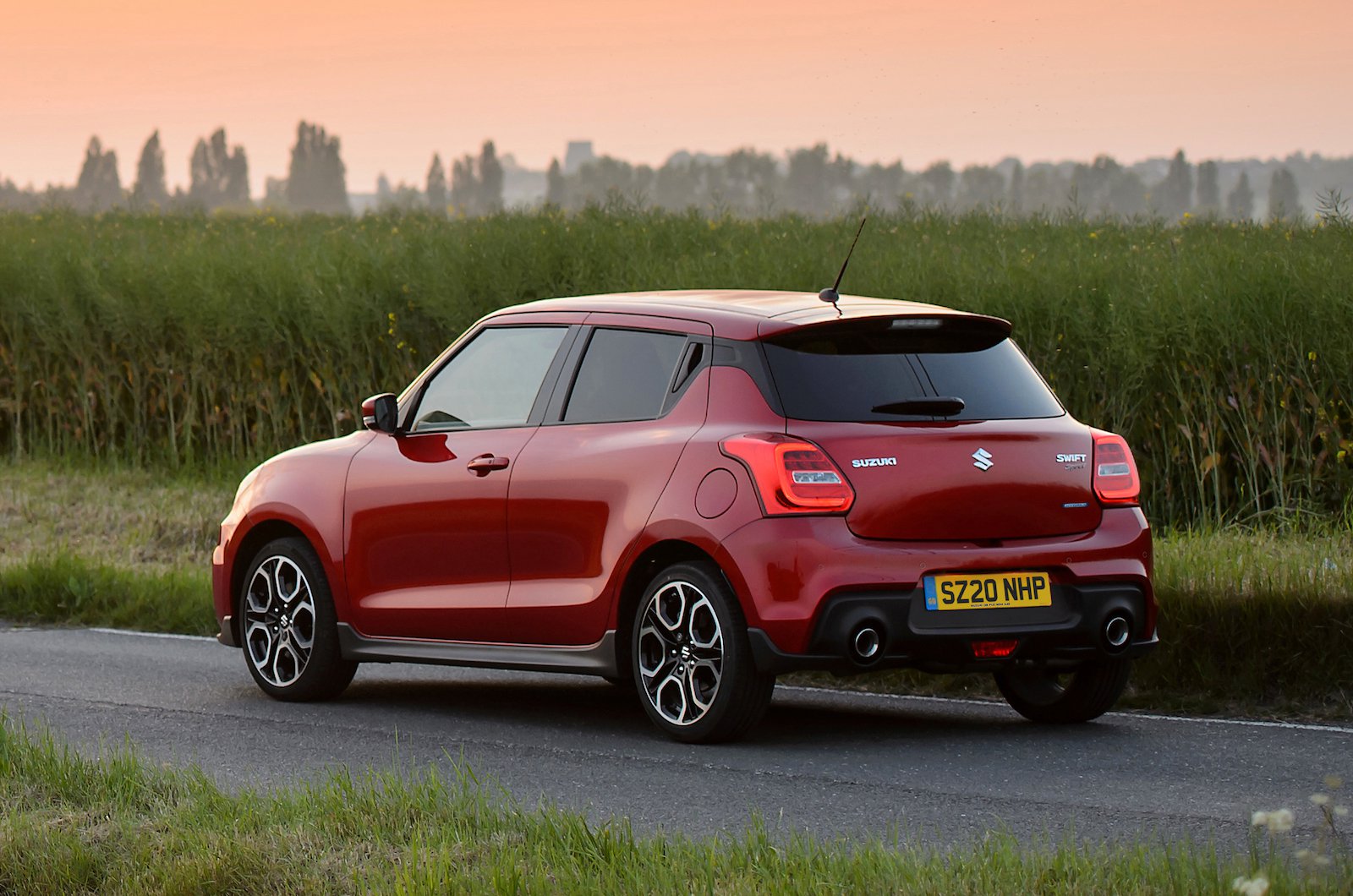