Toyota may have tried to make the Hilux drive more like a conventional SUV, but it still feels pretty agricultural. The 2.4-litre diesel starts with a grumble before settling into a distinctive clatter that only gets louder and coarser as you accelerate. Things do settle down at a constant cruise but the noise never entirely goes away. Likewise, there’s a fair amount of wind noise from the big mirrors.

With just 148bhp to shift over two tonnes of truck, performance is as leisurely as you’d expect. Yes, there’s enough shove to keep it bowling along at motorway speeds with ease, but it takes a while to get there. If you’re not in a hurry, the engine proves flexible from low in the rev range, just want you want for towing or hauling heavy loads.

The six-speed manual gearbox might have a long throw, but it’s surprisingly slick, beating the Nissan Navara for shift quality. An automatic ‘box is also available and improves performance but produces more carbon emissions. It feels very old school, slurring heavily between gear changes and taking a while to change up gears, but will at least make for a more relaxing experience when trying to manoeuvre its huge frame around country lanes.

Because the Hilux has to deal with huge weights in its bed, the rear suspension is stiff. This causes the back of the truck to feel bouncy over speed bumps and rough roads. Not only is this uncomfortable, it can be quite unsettling until you get used to it. Due to the shape and structure of this type of vehicle, though, it’s a trait that is common in all pick-up trucks.

While stiff suspension usually helps handling, the Hilux quickly feels out of its depth if you pitch it into a corner hard. Its soft front suspension means lots of body lean and you don’t have to be going fast for the tyres to start squealing and then run out of grip.

One saving grace is that the Hilux is virtually unstoppable off road. With part-time four-wheel drive and selectable low-range, plus hill descent control – an electronic system that helps prevent the car sliding down a steep hill – and plenty of other tech, muddy, uneven hills are a drive in the park.

With 60mm more ground clearance and a larger obstacle-approach angle than the Ford Ranger, the Hilux can take on rocky surfaces with ease, although it can’t quite wade as deep as the Ranger (700mm against 800mm respectively.) Saying that, the class-leading Volkswagen Amarok can only tackle 500mm of water depth. 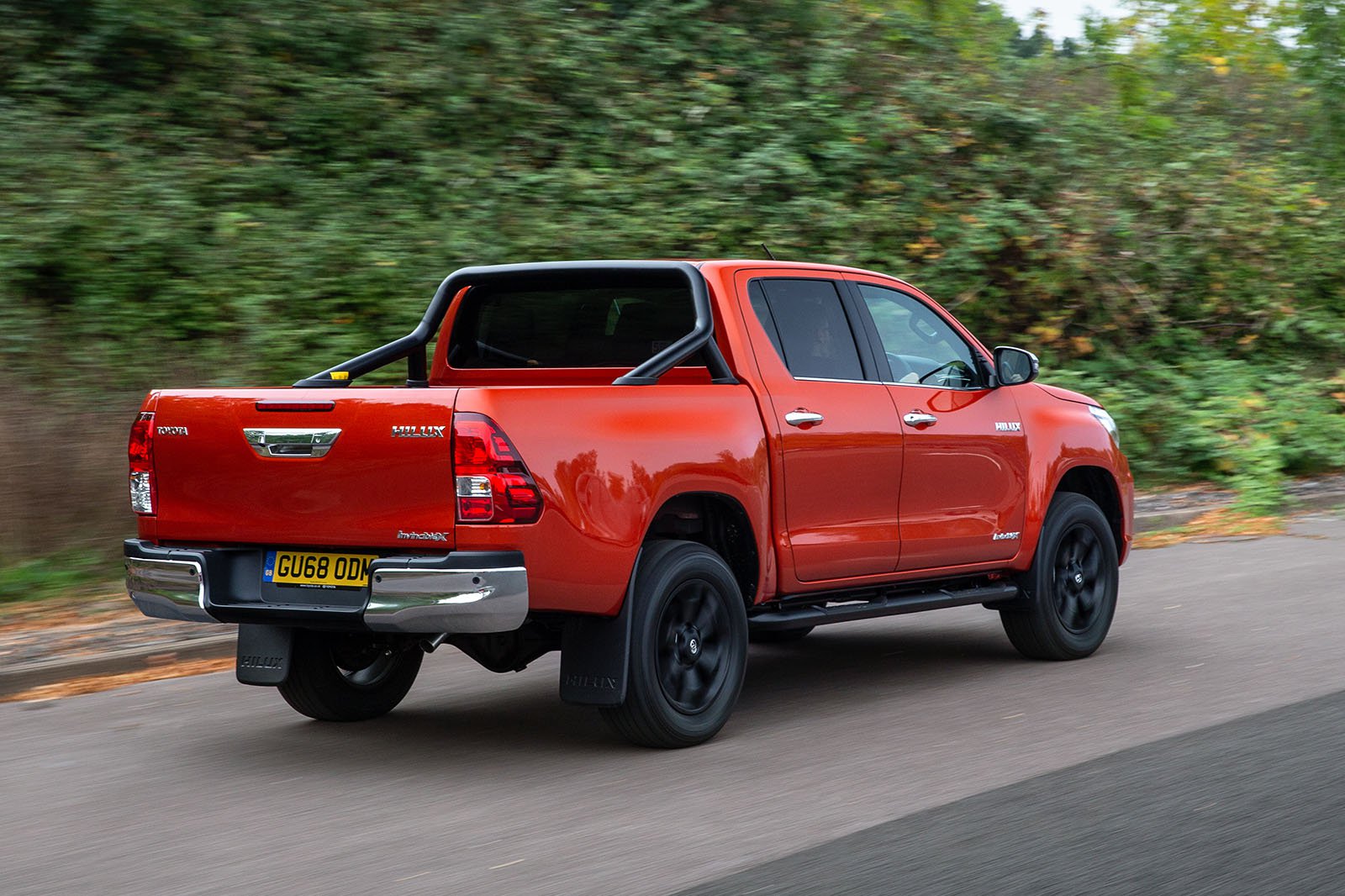