Toyota has a reputation for reliability, but the Proace City is technically not a Toyota product in the same way a Toyota Hilux pick-up truck is. That doesn’t, however, stop the brand from putting an impressive five-year/100,000 miles warranty on the van.

That’s especially impressive given that the same van from Citroën, Peugeot and Vauxhall comes with a three-year/60,000 mile warranty. Clearly, Toyota backs both its partners and the quality of the product on offer.

Standard specification, even on the entry-level Active vans, is also very high, and in comparison to its siblings the two-tier trim range offers more value for your money, especially if you choose the more expensive Icon.

The Icon is definitely the version we would recommend due to its more modern infotainment screen, along with the more powerful 98bhp engine option it offers, which gives a more relaxed drive at higher speeds. The more powerful engine also performs marginally better on fuel economy, with a claimed consumption of just over 65mpg; the 74bhp unit falls just shy of that mark.

Safety features include the mandatory ABS and stability control as well as hill start assistance and an emergency calling function. A tyre pressure warning system is standard, which is upgraded to a more advanced monitoring system on the Icon trim. Other Icon specific additions include an adjustable speed limiter, cruise control and an electronic parking brake.

However, the PSA Group vans are offered with a healthy amount of aditional options that include enhanced grip functions, blind spot detection and even an onboard weighing system. The Proace City’s list of extras is much more limited. 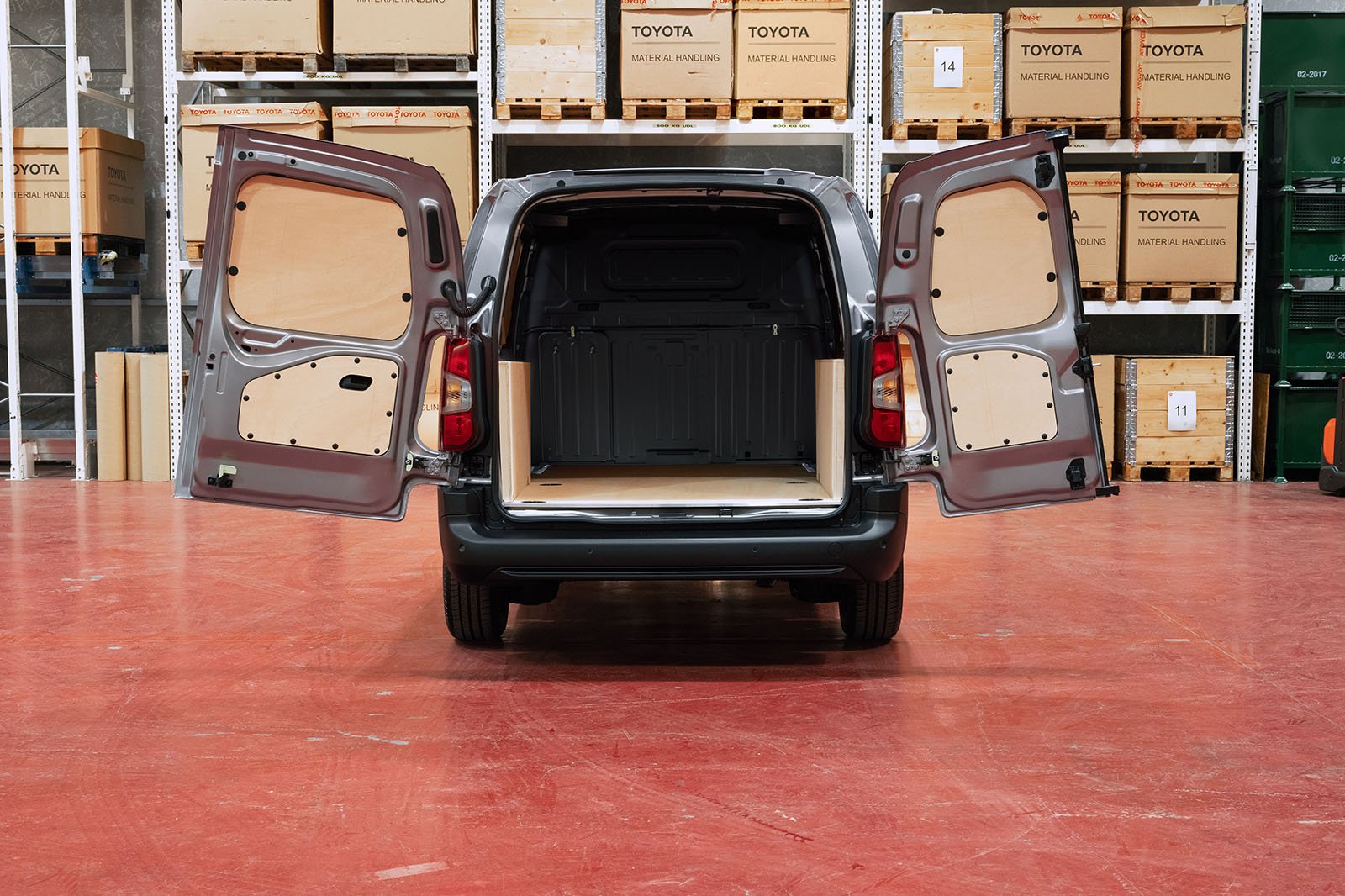