Inside, the Corsa-e’s design does little to stir the soul, displaying about as much character as a corporate airport hotel room. There’s little wrong with its quality, which is robust throughout, but it looks especially sober compared to the exuberant interior of the Peugeot e-208.

Its driving position is better than that of its Peugeot cousin, though; the e-208 has a small steering wheel that you’re supposed to look over rather than through, but restricted visibility of the instrument display behind it can cause issues for some drivers. In its place, the Corsa-e has a more traditional layout that’s likely to suit everyone. Analogue dials come as standard for the driver display, these being swapped for a fully digital screen on top Elite Nav trim. This has clear graphics, but at 7.0in in size, is smaller than the e-208’s.

The infotainment system in the Corsa-e is very similar to the one you get in the e-208, albeit less neatly integrated into the dashboard. Its graphics also look a bit Windows 95, and its touchscreen doesn’t have the swish, easy responsiveness to it that the best rivals’ screens have. We’d point you towards the Mini Electric for the best system in the class. At least the air-conditioning controls aren’t buried within menus on the touchscreen like they are in the e-208, though; you get simple physical dials instead. The other good news is that Apple CarPlay and Android Auto smartphone integration come as standard.

In terms of visibility the Corsa-e isn’t perfect, with its thick windscreen pillars obscuring more of the view through corners than those of the Renault Zoe do. And, while there are decent-sized door mirrors, the tapering roofline reduces the amount you can see when looking back over your shoulder. Nervous parkers shouldn’t be too put off, however, as the Corsa-e comes as standard with rear parking sensors. Powerful adaptive LED headlights are standard, too. 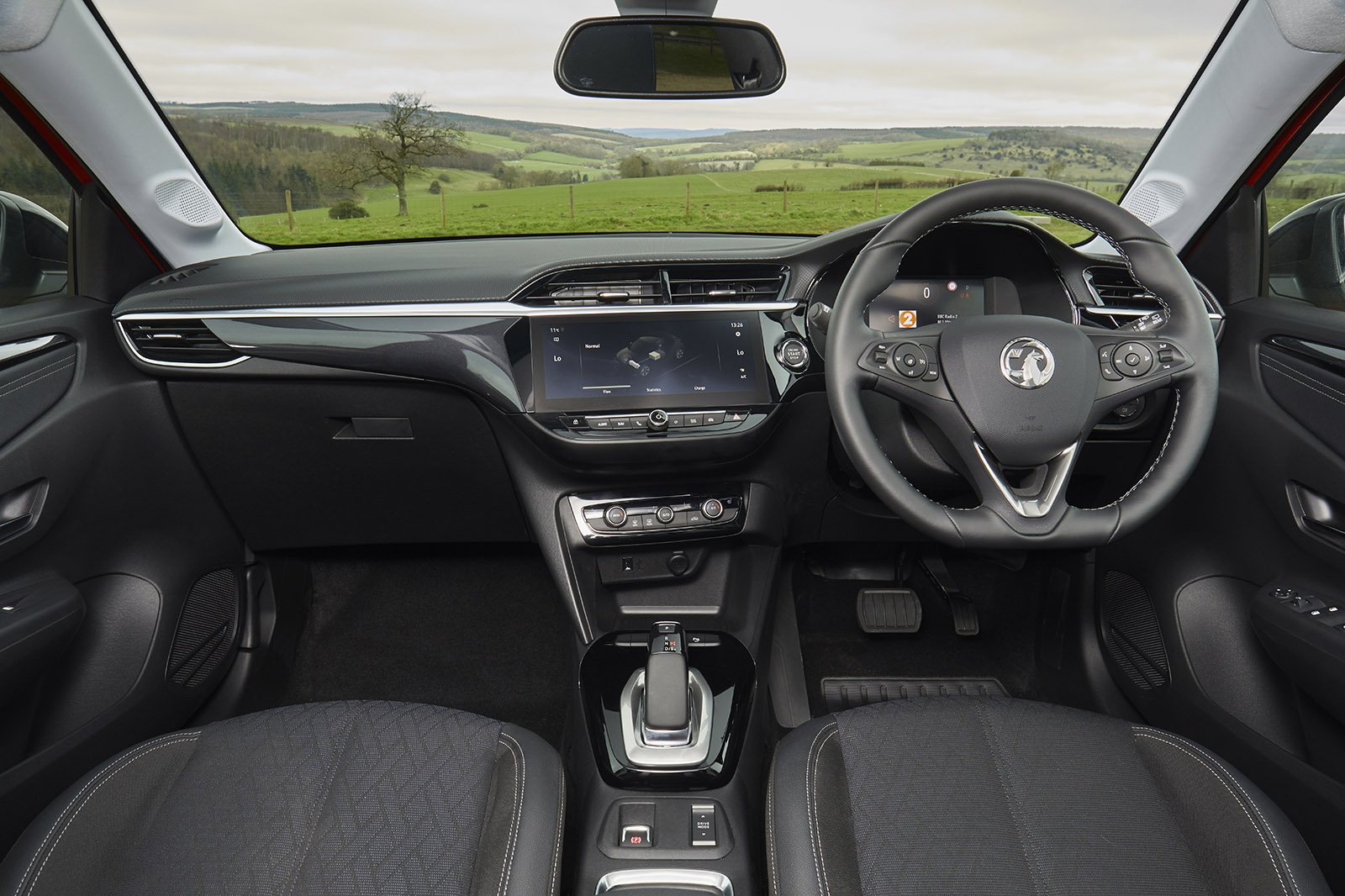