A criticism often levelled at Volkswagen vans is that they have very sterile interiors. They’re functional, but often a bit lacking in design flair. However, that’s definitely not the case with the Transporter T6.1.

The interior is not only ultra-modern to look at, but features the latest technology you’d expect in a Volkswagen car, let alone a commercial vehicle, such as a voice control system that lets you use natural speech instead of having to remember specific commands.

Perhaps the most eye-catching feature is the 8.0in touchscreen infotainment system on the centre console – or as big as 9.2 inches in the very highest trim levels. There's also the option of a 10.0in “digital cockpit” screen, which replaces the traditional instrument cluster that allows you to choose from several combinations of displays, from navigation and media players to speedometers and vehicle status reports.

Look beyond the glamour of the Transporter's tech and its piano black finished surrounds, though, and the interior is still as functional as ever. Useful storage is better than before, with a reconfigured area in the top section of the dashboard. The door trims have been reshaped to improve space, and the passenger-side open glovebox provides decent space for mid-sized items. Meanwhile, the narrow shelf, with its rubberised surface, is an ideal spot for keys or mobile phones.

Inductive charging also features as an option in the large storage tray, and there’s connection to Apple CarPlay or Android Auto smartphone mirroring over Bluetooth – a first for a commercial vehicle.

The two cup holders at the base of the windscreen pillars are a little shallow, but they’re well-positioned so as to be useful but not in the way. 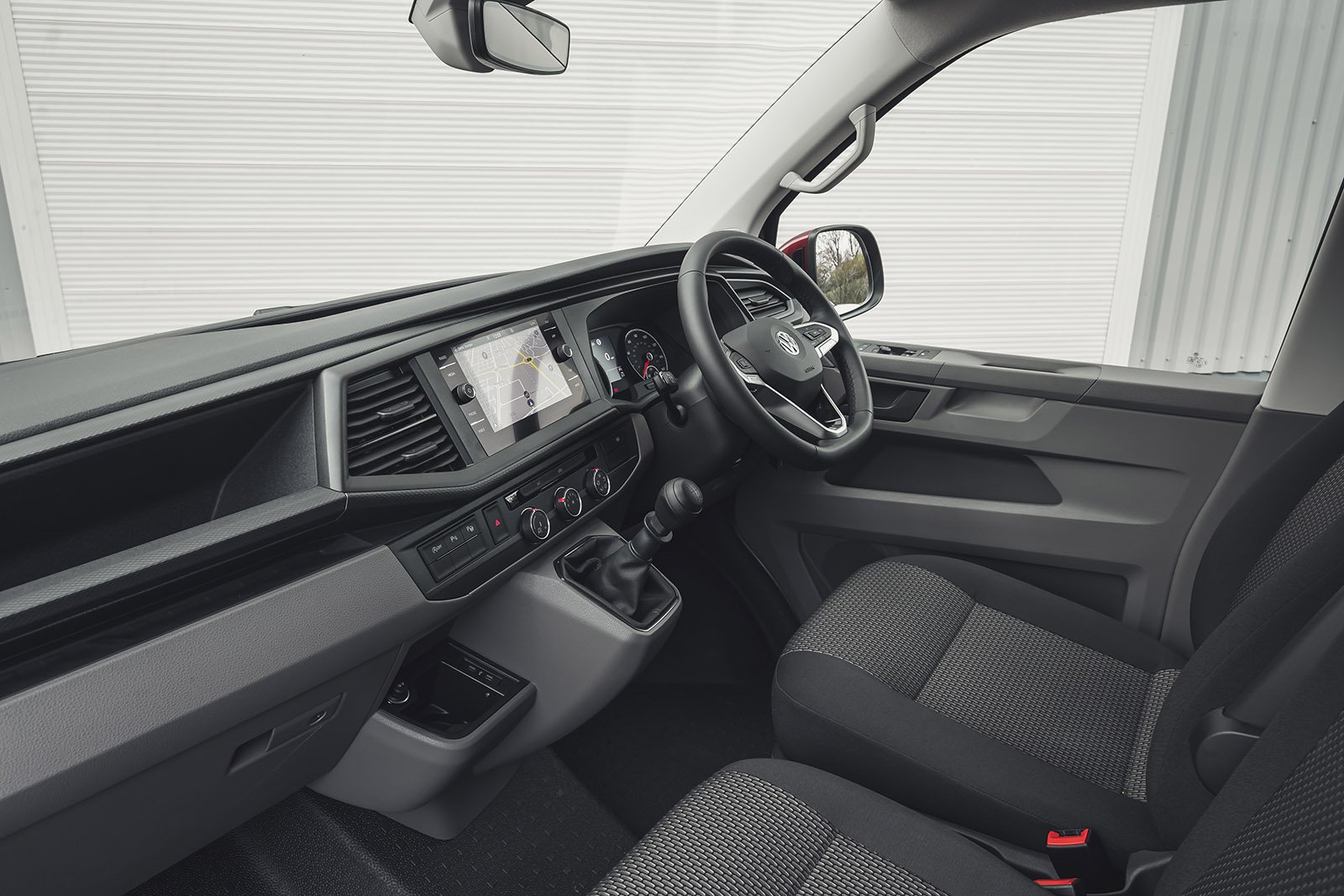