The Volkswagen Transporter 6.1's 2.0-litre diesel engine is available in a range of outputs. The entry-level TDI 90 has 89bhp and will get from 0-62mph in a tepid 17.5sec, so the minimum we’d suggest buying – if you fancy getting anywhere in good time – is the TDI 110. That’ll hit 62mph from rest in 14.3sec. Both engines come with a five-speed manual gearbox.

The 148bhp TDI 150 is paired with a six-speed manual or seven-speed dual-clutch automatic, along with the option of 4Motion four-wheel drive. It’s our recommendation, because even though its 0-62mph time of 11.1sec still sounds a bit limp, it has so much low-down shove that it feels much faster than that. It’ll hit motorway speeds briskly and easily lug a fully loaded van without too many gear changes. It also moves the maximum towing weight up from 2200kg to 2500kg.

Like its bigger relative, the Volkswagen Crafter, the Transporter T6.1 manages to disguise its size admirably by keep body lean well contained for such a tall vehicle. It feels pretty agile and grippy too, but versions with front-wheel drive – especially those with the more powerful engines – are prone to spinning their front tyres if the surface is slippery, and especially so if they're not loaded down with weight.

All the diesels are vocal, but not coarse sounding, and the manual gear change is precise. The clutch bite is quite aggressive, though, so it’s an easy van to stall until you’re used to that. Road and wind noise are certainly apparent at 70mph, but less so than rivals such as the Ford Transit Custom. That helps to make the Transporter T6.1 an accomplished long-distance vehicle.

The ride is perfectly acceptable, even when it's lightly loaded. It’s still firmer than rivals such as the Vauxhall Vivaro, so you feel the effect of sharp ridges and potholes more, but it’s never jarring. The Transporter settles down nicely the faster you go, so the ride is at its best on a motorway. And while lowered Sportline models are firmer still, they're never uncomfortable.

If you're interested in going electric, see our separate ABT e-Transporter 6.1 review. 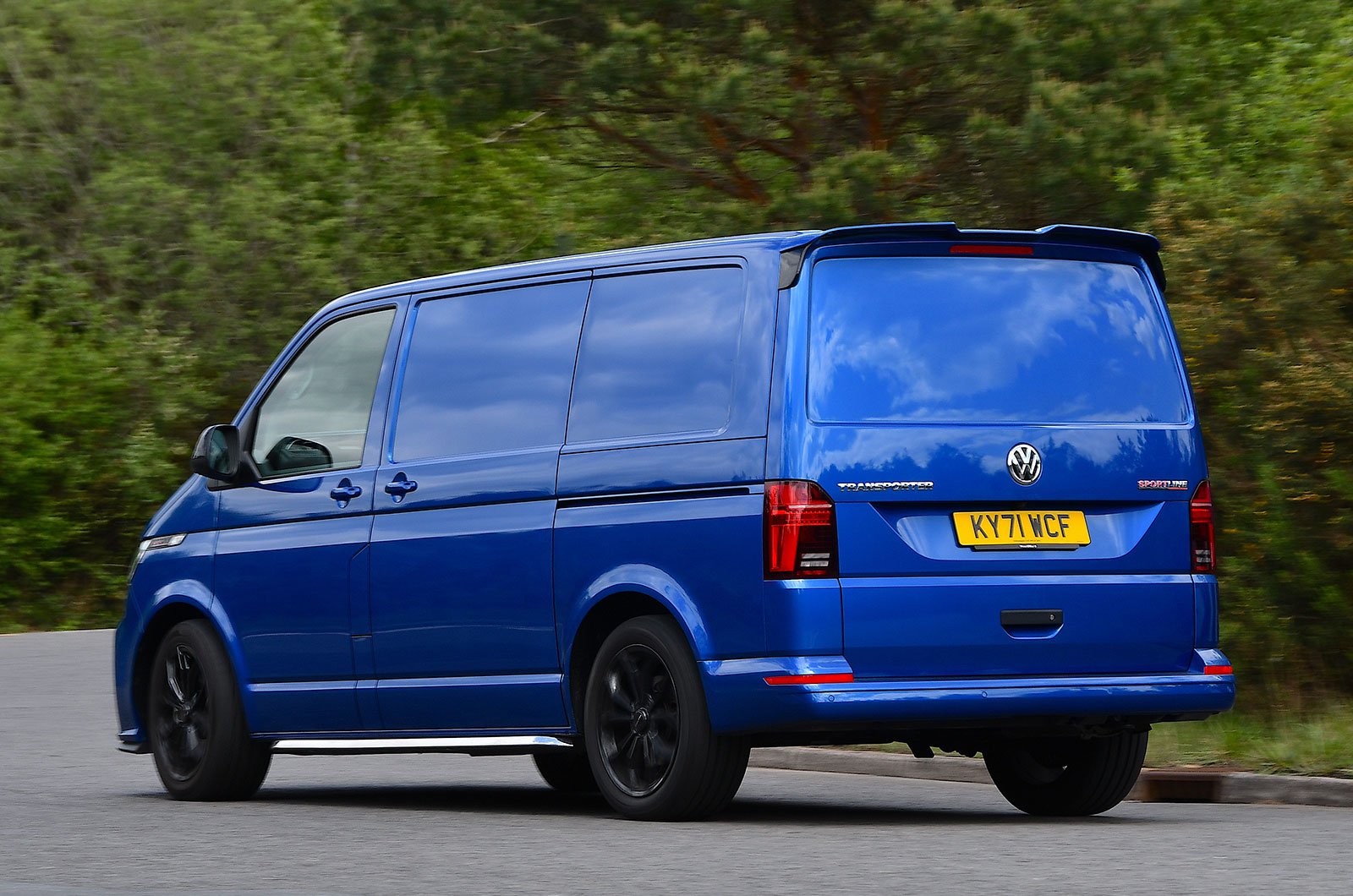