The biggest issue is that the Recharge Pure Electric P8 First Edition – the only version currently offered – costs almost twice as much as a regular XC40. Cheaper versions will be along in the future, but until then it looks extremely expensive when compared with alternatives that offer a similar package, including the Kia e-Niro (which will travel further on a full charge) and the Peugeot e-2008. In fact, the P8 doesn’t cost much less than the Audi E-tron and Jaguar I-Pace, both of which are more polished electric rivals.

While Tesla provides owners benefit from access to its own outstanding Supercharger network – with fast and reliable charging stations spread liberally throughout the country – the Recharge Pure Electric puts you at the mercy of the UK’s growing, improving, but still currently frustrating, electric charging infrastructure. The car is capable of accepting a 150kW charge, but such chargers are scarce. If you can find one, though, you’ll get a 10-80% charge in around 30mins, while a home wall box will charge from empty to full in around 12hrs.

Currently, the only trim level is First Edition. This is based on the R-Design trim that's available on the regular XC40 and brings a lengthy equipment list. Its features include adaptive cruise control with steer assist, 20in alloy wheels, keyless entry, heated front and rear seats, a heated windscreen, a heated steering wheel and a sunroof. Cheaper trim levels will follow in due course. 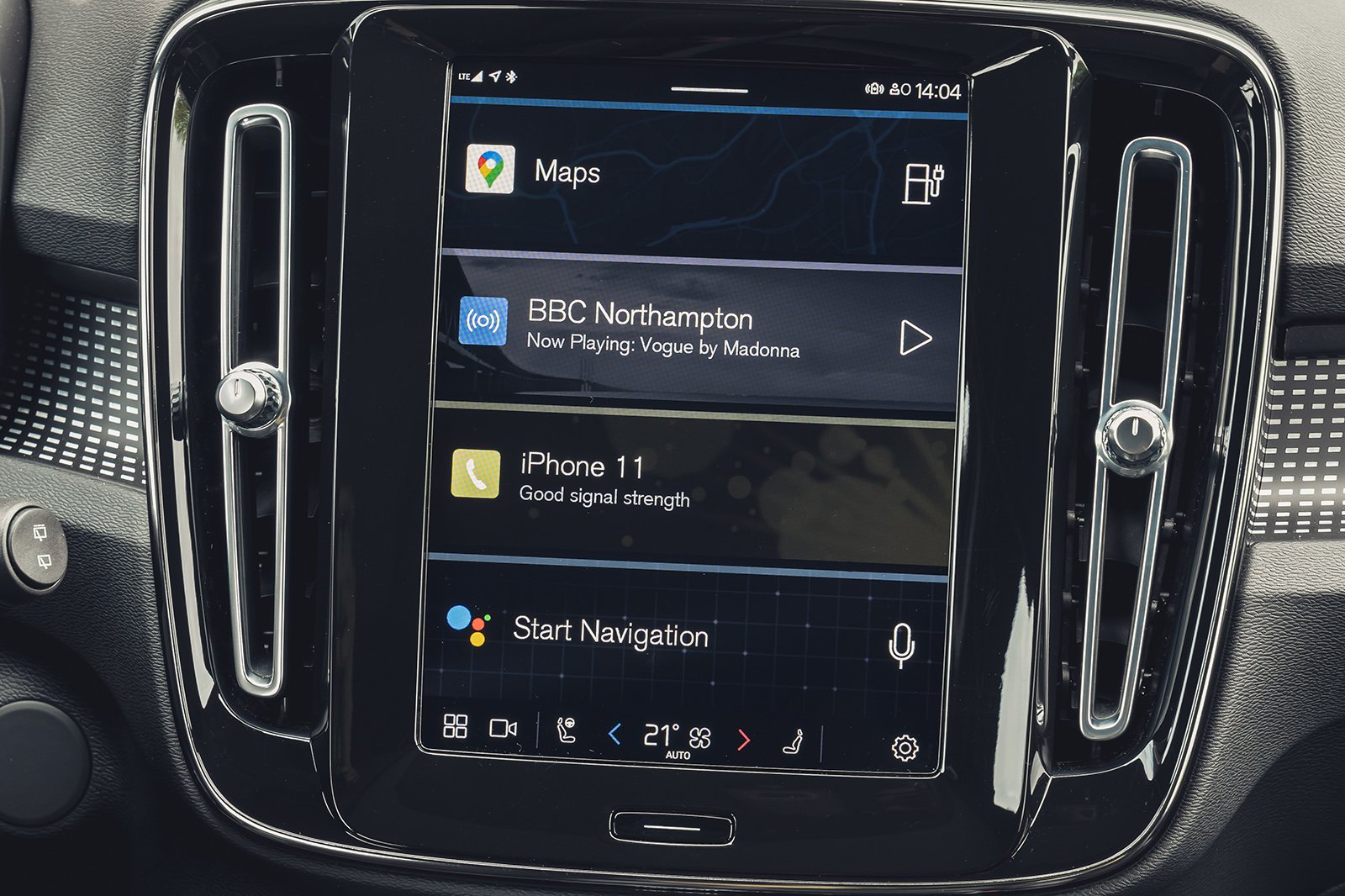 As a brand, Volvo didn’t score too badly in the 2020 What Car? Reliability Survey, finishing 16th out of 31 manufacturers in the overall league table. The regular XC40 performed even better, being one of the most reliable family SUVs in the survey. It’s too early, though, say how this electric version will fare.

A three-year/60,000-mile warranty, including roadside assistance, comes as standard, as does a three-year paintwork warranty and 12 years of cover against rust. This is par for the course among premium family SUVs and can be extended at a cost, while the Kia e-Niro offers a seven-year warranty as standard. The XC40's battery, meanwhile, is covered by an eight-year/100,000-mile warranty.

The XC40 received the top five-star safety rating from Euro NCAP, earning high scores across the board. Although the electric model hasn’t been tested separately (and won’t be), Volvo claims it will be as safe as any other XC40. As standard, it gets an automatic emergency braking (AEB) system that not only recognises other cars but also cyclists, pedestrians and large animals.

The P8 First Edition comes with traffic sign recognition and Oncoming Lane Mitigation, which can intervene if you inadvertently cross the road's centre line and into the path of oncoming traffic. The electric version also gets blind spot monitoring and rear cross-traffic alert, along with an assisted driving function that can steer, accelerate and brake for you in certain situations – although your hands must always be on the wheel. There’s also a system that can detect an imminent collision from behind and will automatically apply the brakes to reduce the severity of the impact, as well the extent that the car is pushed into oncoming traffic.