Home
Advice
How to drive in winter
advice

How to drive in winter

Winter presents a different and sometimes hazardous set of driving conditions - low visibility, snow and ice can all impact your driving, so follow our tips to stay safe...

Check the weather forecast before you head out for a long trip. If the outlook is bleak and a lot of snow is predicted, put your journey off if it isn’t essential; there’s no point in taking unnecessary risks.

Websites such as BBC Weather and the Met Office can give you an accurate forecast for the next few days, helping you to plan your journeys.

If you have to drive, there are a few things you can do to stay safer, such as choosing a route that stays on main roads, which are more likely to be regularly cleared of snow and gritted than side roads. Follow our tips to stay safe:

Scrape any ice from the glass (or use a de-icer), demist the interior and don’t drive off until you have good visibility all round and the fan is blowing out hot air to stop mist from building up again. If your car has an air conditioning system, use this rather than just the heater because it will work more quickly and create less condensation.

Also remove the snow from your car’s lights and indicators and from the roof of the car, because if you brake heavily, snow could fall forwards onto the windscreen or bonnet and obstruct your view. Alternatively, it could be blown backwards onto the vehicle behind.

If you own an electric car equipped with a pre-conditioning function, use this to maximise your range by heating the battery and interior while it’s still plugged in before you set off. 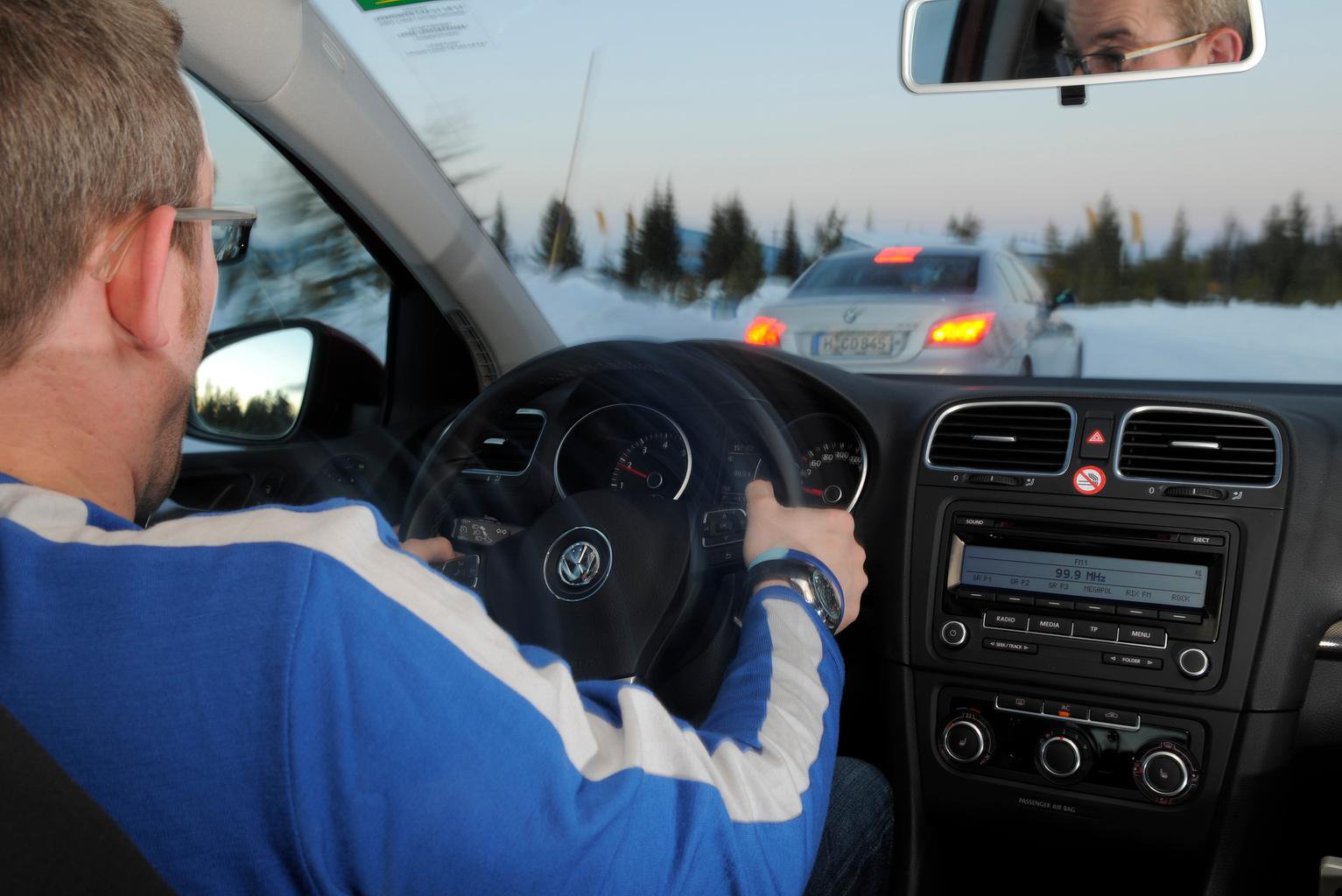 Stopping distances can increase tenfold when you’re driving on snow or ice, so make sure you leave a much larger gap than you would in optimal driving conditions, especially when driving up or down a hill.

If conditions are really treacherous, take this one step further by waiting at the bottom of the hill until it’s completely clear of other vehicles and then driving up at a constant speed in a low enough gear that you don’t have to change gear while ascending.

If you’re driving downhill, slow down as you approach the incline, select a low gear and stay in that gear while you descend, trying to avoid using the brakes if possible or touching the brake pedal only gently if you really need to use it.

Even on the flat, avoid sudden braking or acceleration and keep your car as controlled as possible, giving other drivers more time to react to changes in speed. Again, try not to use the brakes unless you have to, in order to reduce the risk of skidding on ice or compacted snow.

Drive in a higher gear

If your car has a manual gearbox, you might get better traction for pulling away by putting it in second gear instead of first and easing your foot off the clutch slowly to avoid wheelspin. On the flat, aim to use a higher gear than you normally would while driving. If your car has an automatic gearbox, check your owner’s handbook for model-specific information such as a winter mode option.

What if your car skids?

If you feel your car’s tyres losing grip, don’t panic; keep hold of the steering wheel and steer into the skid. If the rear of the car is sliding to the right, for example, steer in that direction, preferably without braking.