From the moment you thumb the Audi SQ8's starter button and hear its characterful twin-turbocharged V8 petrol engine rumble into life, you know you’re in for some fun. Not surprising, really – it’s a detuned version of the engine in the Porsche Cayenne Coupé Turbo and Lamborghini Urus.

When you put your foot down, in any gear, it sounds deep and resonant. Once the turbos kick in (at around 2000rpm), the engine’s mighty forward thrust is like surfing a tsunami of power and shove. The 0-62mph time says it all: 4.1sec. Yes, that is correct. It’s really, really quick. So fast that you have to wonder why you’d need the even more powerful Audi RS Q8.

'Relaxing' also sums up its gentle ride. Although the SQ8's massive 22in alloy wheels should, in theory, make the ride terrible, it isn’t. This sports SUV will waft away your daily commute with aplomb. The air suspension is tuned with a sporty bias but it still does a great job of calming rippled motorways, and only the roughest Tarmac in town causes the occasional jolt.

You might think that as it rides well, it must be a bit of a boat in the corners. Well, it isn't. The SQ8 is a nimble thing thanks to its standard rear-wheel steering, which adds agility at slow speed and stability at high speed. It’s very able round bends because it has massive tyres with lots of grip, quattro four-wheel drive and, if you pop the suspension into Sport mode, it’s stiff enough not to lean like an ailing ship.

The range-topping Vorsprung model is even better. That’s the one with the trick suspension we mentioned in the intro: the electromechanical active roll stabilisation (or eAWS). Essentially, it has clever active anti-roll bars that actively prop up the SQ8 in corners to limit its body lean without compromising ride quality over bumps.

It’s far more nimble than most similarly-sized rivals, including the BMW X6 M50i and Mercedes GLE Coupé AMG 53. The Porsche Cayenne Coupé GTS is more engaging because of its more playful, rear-biased balance. The Alfa Romeo Stelvio Quadrifoglio is another sports SUV that just pips the SQ8 for driver excitement, but that’s a lot smaller inside. 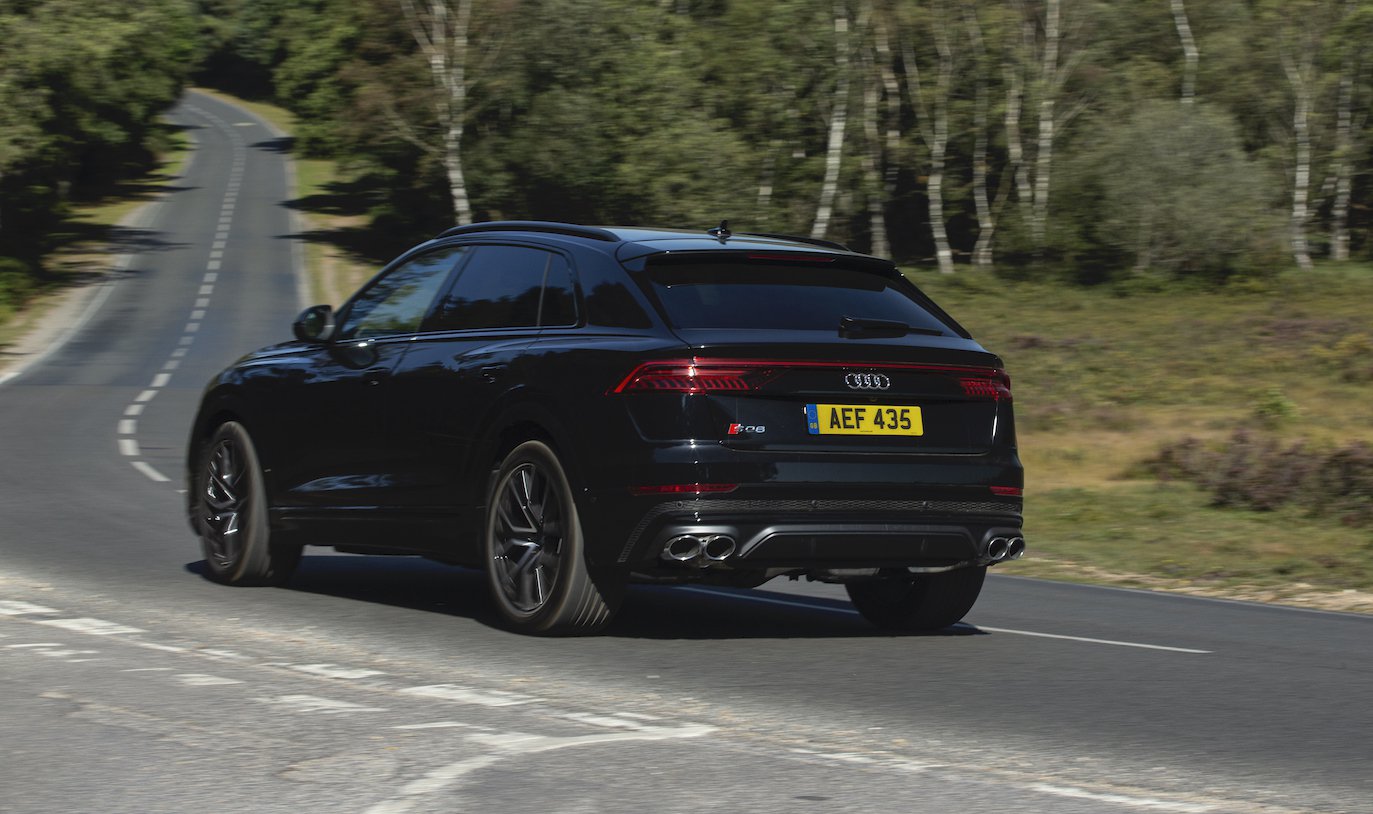