Compared to the Audi A4 Avant, the 3 Series Touring has a tad more leg room up front. There's not a huge difference but it might be a deciding factor if you’re particularly long-legged. Head room shouldn't be a worry even if you’re tall, and the generous interior width means there’s no risk of rubbing elbows with your passenger.

Storage space is reasonable; there’s a useful cubby under the centre armrest that has a USB-C socket inside, as well as partitioned door bins that help prevent loose items rolling around.

There’s as much rear-seat space as most passengers will need – a six-footer can sit behind someone of similar stature and still have space in all directions. The optional panoramic glass roof does reduce head room slightly, though, and a substantial hump in the floor makes life a bit uncomfortable for the central rear passenger.

If you regularly need to carry three adults in the back and you don't want to spend more cash, consider the Volvo V60. Or, if you aren't fussed about a premium badge, the Skoda Superb Estate offers limo-like rear leg room for even less money. 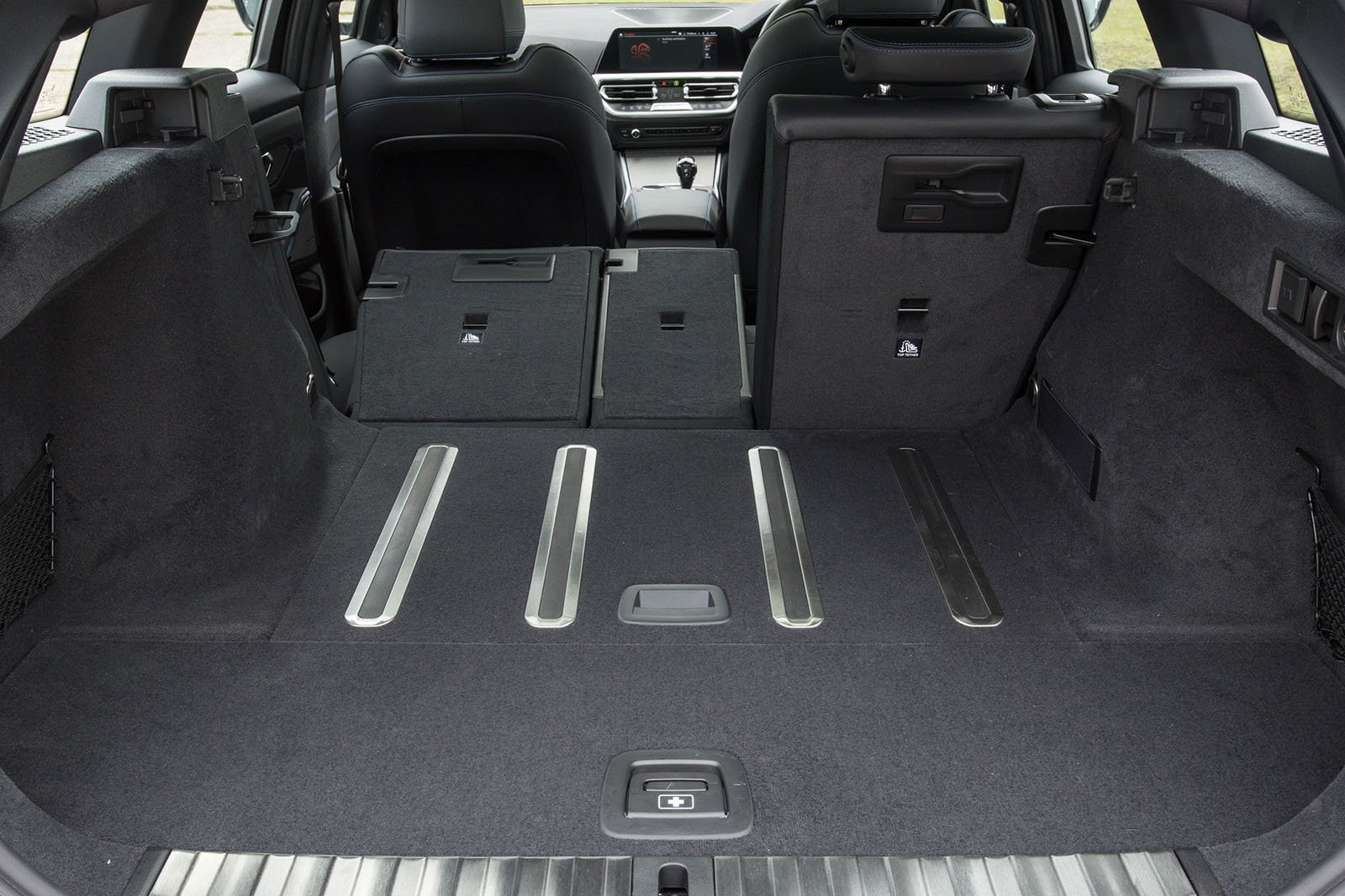 Standard 40/20/40 split-folding rear seats make it easy to set your own preference between luggage and passenger space, and you can reach the levers to do this from the boot.

The folding process can be made even easier if you opt for the electric backrest release, which replaces the levers with a couple of small buttons on the inside of the boot. Rivals such as the Mercedes C Class Estate offer a similar feature.

The 3 Series Touring has a reasonable boot that's roughly on a par with the A4 Avant's, if smaller than the Volvo V60's. Just bear in mind that while both the Avant and Touring can swallow seven carry-on suitcases, the Touring is rather narrow between the rear wheel arches. Not only is that problematic for those Ikea runs, but even getting a bike back there can be troublesome.

What might sway you in favour of the BMW, though, is that every Touring has a rear window that can open independently of the tailgate. This handy feature allows you to stow light items, such as shopping bags, without opening the entire tailgate. However, if the reason you're choosing at estate if because you want the biggest boot possible, consider the cheaper Skoda Superb Estate.