Outside, the M8’s menacing, bullyboy-in-a-Savile-Row-suit appearance grabs more than a casual stare from onlookers. Look inside, though, and it's mildly anticlimactic. It’s a case in point of relative understatement: plush, without aping the gentrified air of an S-Class Coupé or a Bentley Continental GT.

That’s not to say it isn’t screwed together impeccably. Everything feels as solid as a mature oak – not something you can say about every square inch of an Aston Martin DB11. And for a little extra glamour you can swaddle your M8’s interior from the palette of optional, upscale leather and Alcantara suede upholsteries that are available.

What is a masterpiece is the M8’s infotainment system. BMW’s latest-generation iDrive betters its rivals’ systems by a mile – or a country mile in comparison with the DB11’s antiquated equivalent. Firstly, it’s very responsive and its menus are generally logical; secondly, by sticking with a rotary controller and shortcut menu buttons –instead of touchscreen-only interfaces like the 911's – it’s a far less distracting proposition to use on the move.

You can still use its 10.3in display as a touchscreen if that suits, or you can use the optional gesture control feature instead. With a flick of the wrist you can, for example, turn up the stereo volume or answer a call, but be warned: you might end up looking like a Harry Potter wannabe who’s lost his wand. There’s always BMW’s Intelligent Personal Assistant as another alternative; it’s like Amazon Alexa, except you shout out “Hey BMW” to wake it up.

As you’d expect, the driving position is tuneable to the nth degree. The steering wheel and seat are both electrically adjustable, the seat is comfortable and nothing feels out of kilter. There’s a head-up display as standard, which beams plenty of information into your sightline, and the digital dials can be set up in all manner of styles and display all sorts of useful info.

No M8 provides great visibility; the front pillars are fatter than those of the 911 and obscure your vision through tight corners, and it’s hard to judge the extremities of the huge Gran Coupé on the road. All-round parking sensors and a rear-view camera are standard, as are ultra-bright, adaptive LED headlights that can shape their output at night to avoid dazzling other road users without switching from main beam. If LEDs are a bit ‘last season’ for your liking, laser lights are an option. 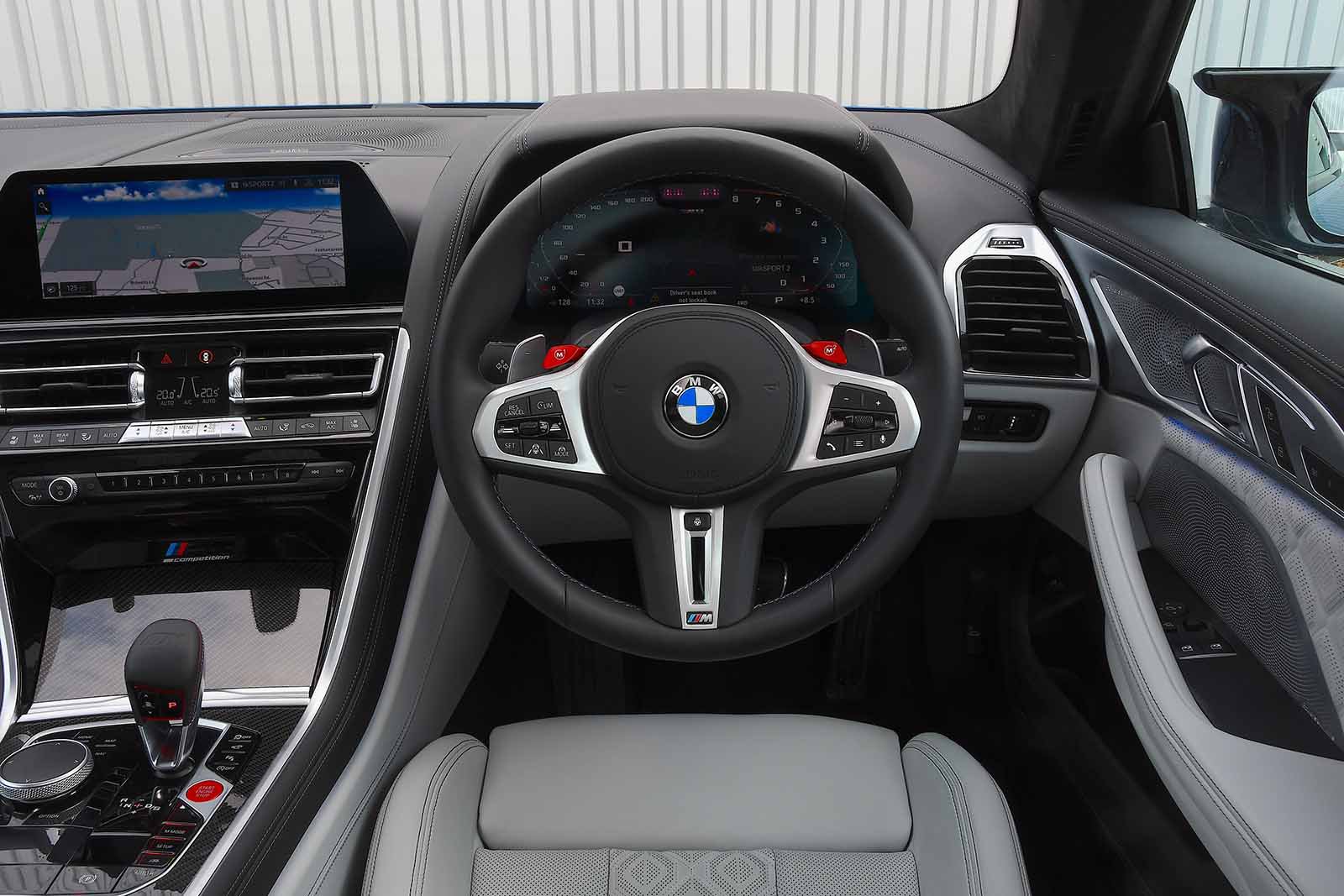