Despite its desirable looks, the 500X isn’t any more expensive than the majority of small SUV rivals. Yes, you can get a Citroën C3 Aircross for significantly less, but it will be in a lowly trim level with a weedier engine. Discounts are available for the 500X, so it’s always worth checking our New Car Buying pages for savings.

But while the 500X will cost about the same as the Seat Arona to buy, it’s predicted to be worth much less after three years – something worth bearing in mind if you’re buying outright. At least there are often offers available to those looking at a PCP finance deal, making the monthly payments more affordable.

With only petrol engines available, no 500X has particularly low emissions or fuel consumption. The 1.0-litre unit is the most efficient, but even that emits at least 133g/km and has official average fuel economy of only 48.7mpg – significantly worse than the Seat Arona's numbers. At least servicing costs for the 500X are very competitive, whether or not you opt for the fixed-price schemes. 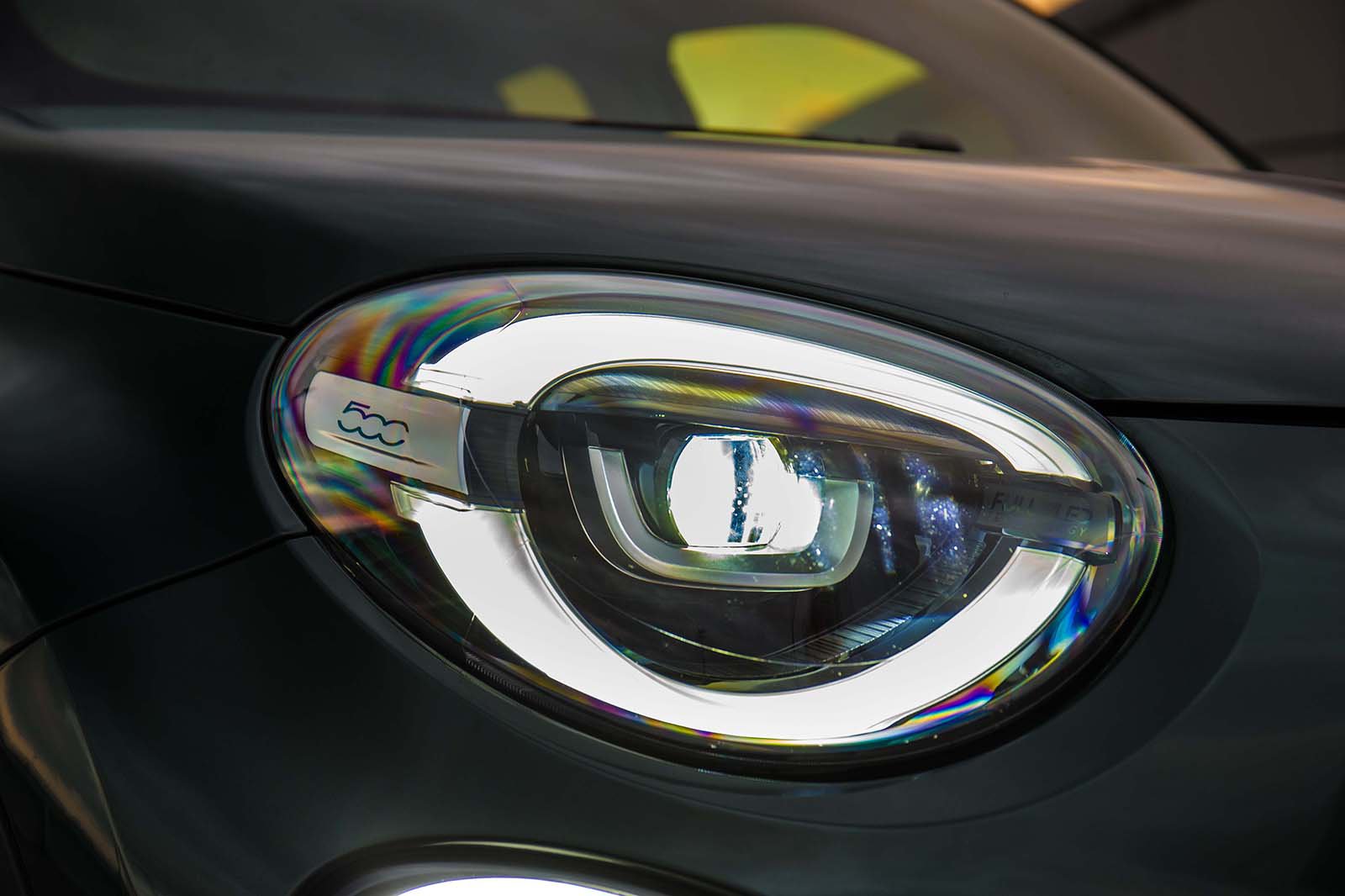 Fiat has kept things simple with the 500X, with only three trim levels to pick from. At the bottom of the range is Urban, which comes exclusively with the 1.6-litre naturally aspirated four-cylinder engine. It has a less rugged styling package and standard kit includes 16in alloy wheels, cruise control and air conditioning.

Although that's a reasonable amount of kit, we’d upgrade to City Cross trim to get the more desirable 1.0-litre turbocharged engine under the bonnet. You also get tougher, off-road-inspired exterior styling, 17in wheels, a 3.5in colour screen between the instrument dials, climate control and rear parking sensors. We’d also suggest adding the City Pack (which gets front parking sensors and a reversing camera) and Active Safety pack, while if you want to be more individual, a range of customisation packs are also available.

Avoid the top-spec Cross Plus trim, though. Although its LED headlights and the sat-nav are nice additions, the 18in wheels spoil the car's ride.

Fiat came a fair 14th out of 31 manufacturers in the 2018 What Car? Reliability Survey, although we don’t have any data on the 500X specifically. A three-year, 60,000-mile warranty is standard. The third year of that is provided by the dealer, rather than Fiat itself, although this shouldn’t affect what’s covered or how any complaints are dealt with.

This is a competitive warranty, although there are rivals with longer cover, including the Kia Stonic with its class-leading seven-year warranty. Fiat also gives you one year of European roadside assistance as standard.

The 500X holds a four-star Euro NCAP safety rating after tests in 2015. It comes with six airbags, tyre pressure monitoring, lane-keeping assistance, traffic sign recognition and a speed limit advisor as standard, plus the usual traction and stability controls.

We’d recommend ticking the option box for automatic emergency braking (AEB), but, disappointingly, you can’t do this on the entry-level Urban model. All 500Xs get a space-saver spare tyre but can be equipped with a full-size spare at a reasonable cost. You can’t have one in conjunction with the Beats stereo, though, so don’t let your music distract you from any particularly big potholes.

What's less ideal is that an alarm is also optional as part of the Tech Pack. That's why the 500X fared quite poorly in Thatcham’s theft tests, scoring four stars for resistance to theft and just two for guarding against break-ins. Many rivals have an alarm as standard.