As we said in the introduction, the Fiat 500X doesn’t have the broad variety of engines offered by many of its rivals, such as the Audi Q2. The range kicks off with a naturally aspirated 1.6-litre petrol that we're yet to try, but it's the slowest motor of the three. This is followed by a couple of smaller but more powerful turbocharged units, which we have sampled.

There’s then the option of a 1.0-litre three-cylinder turbocharged unit that produces a respectable 118bhp – a little more than the equivalent Seat Arona. However, while it's slightly more muscular on paper than the Arona, you have to work it harder, using its six-speed manual gearbox. There’s also some lag between you putting your foot down and the 500X starting to pick up pace. But, for day to day city use, it’s perfectly capable.

It’s certainly preferable to the top-spec 148bhp 1.3-litre petrol model. The engine itself isn’t the problem, proving noticeably stronger than the 1.0 once you’re up and running. Instead, the issue lies with its standard automatic gearbox (there's no manual option); it’s just far too sluggish to kick down into the right gear.

Ride comfort on urban roads is pretty good, provided you stick with smaller wheels. It smoothes over big bumps and stays fairly settled over patched-up surfaces. The bigger wheels make it more sensitive to poor town roads, but it’s still nothing that will be too uncomfortable when heading through town.

What’s less ideal is the high-speed ride, because the 500X becomes a bit fidgety and prone to lurching about over mid-corner bumps and undulations, swaying you around in the process. It could make any passengers especially prone to travel sickness feel a bit dodgy. 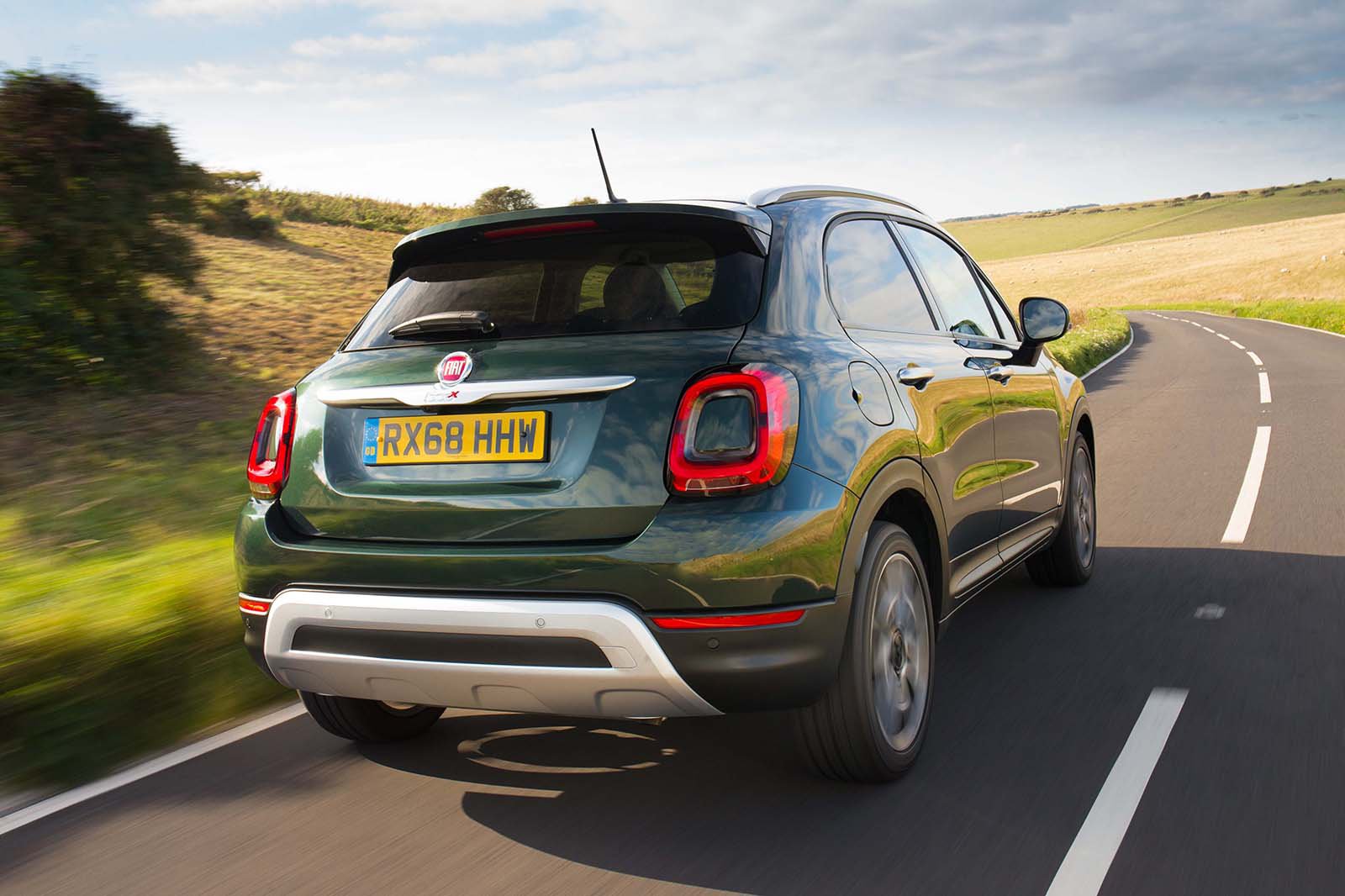 The softly sprung 500X suffers lots of body lean through corners, and while this isn't that noticeable in normal driving, you will find the Seat Arona's better body control more engaging if you make a lot of A and B-road journeys at a reasonable pace.

There's decent grip from the 500X, though, but its steering really makes you wish for a better sense of connection; it's as dead in your hands as a 1980s arcade driving game, giving you little reassurance when placing the car on the road. However, Its lightness does, at least, help with tight parking manoeuvers.

Fire up the three-cylinder, 1.0-litre engine and you’ll notice its thrummy soundtrack. However, vibrations are kept reasonably low and, when up to speed, it has much more hushed manners. The six-speed manual gearbox has a fairly long throw, but it’s precise and not at all unpleasant to use, and the gearstick’s round shape feels ergonomically considered in your hand.

The 1.3-litre engine is even better, with fewer vibrations coming through the controls and a smoother soundtrack. It’s the dim-witted automatic gearbox with which it's paired that’s the problem. You have to really hammer the accelerator before the gearbox will kick down for urgent acceleration, and even then it pauses between each downshift before the engine starts to pick up. This is not only frustrating in performance terms but also leads to a generally jerky experience, especially when stuck in traffic lights or at roundabouts.

Whichever version you go for, wind noise is mostly well contained, but there's a fair amount of road roar on coarse surfaces and suspension noise over rough roads.