It’s not surprising, given the choice in the range, that the Transit Custom has one of the largest cubic volumes of any medium-sized van.

A short-wheelbase standard roof model has a capacity of six cubic metres, while the long-wheelbase high roof has 8.3 cubic metres, making it compete with rivals from the class above.

Its load-carrying capacity is also among the best in class, with a gross vehicle weight range from 2.6 tonnes to 3.4 tonnes. Depending on the body length and height, the maximum payload is as much as 1459kg.

The maximum load length is up to 2554mm for the short-wheelbase version and 2921mm for the long wheelbase. Standard-height vans are 1406mm tall, and there’s an additional 370mm in high-roof models. Load width is 1175mm, with 1350mm between the wheel arches. Rear doors open to 180deg but can be locked out at 90deg using a special hinge.

A protective lining is available for the load area, and we’d recommend it to protect the panels of the van. However, the plywood protection is a little rudimentary and competitors have a lot more sophisticated load lining solutions.

A single side-loading door with an opening of just over a metre is standard on all vans, and there’s the option to add a second side door on the driver’s side.

If it’s people rather than stuff that you need to move, there are Kombi minibus versions capable of carrying up to nine passengers and Double Cab vans with a second row of seats. 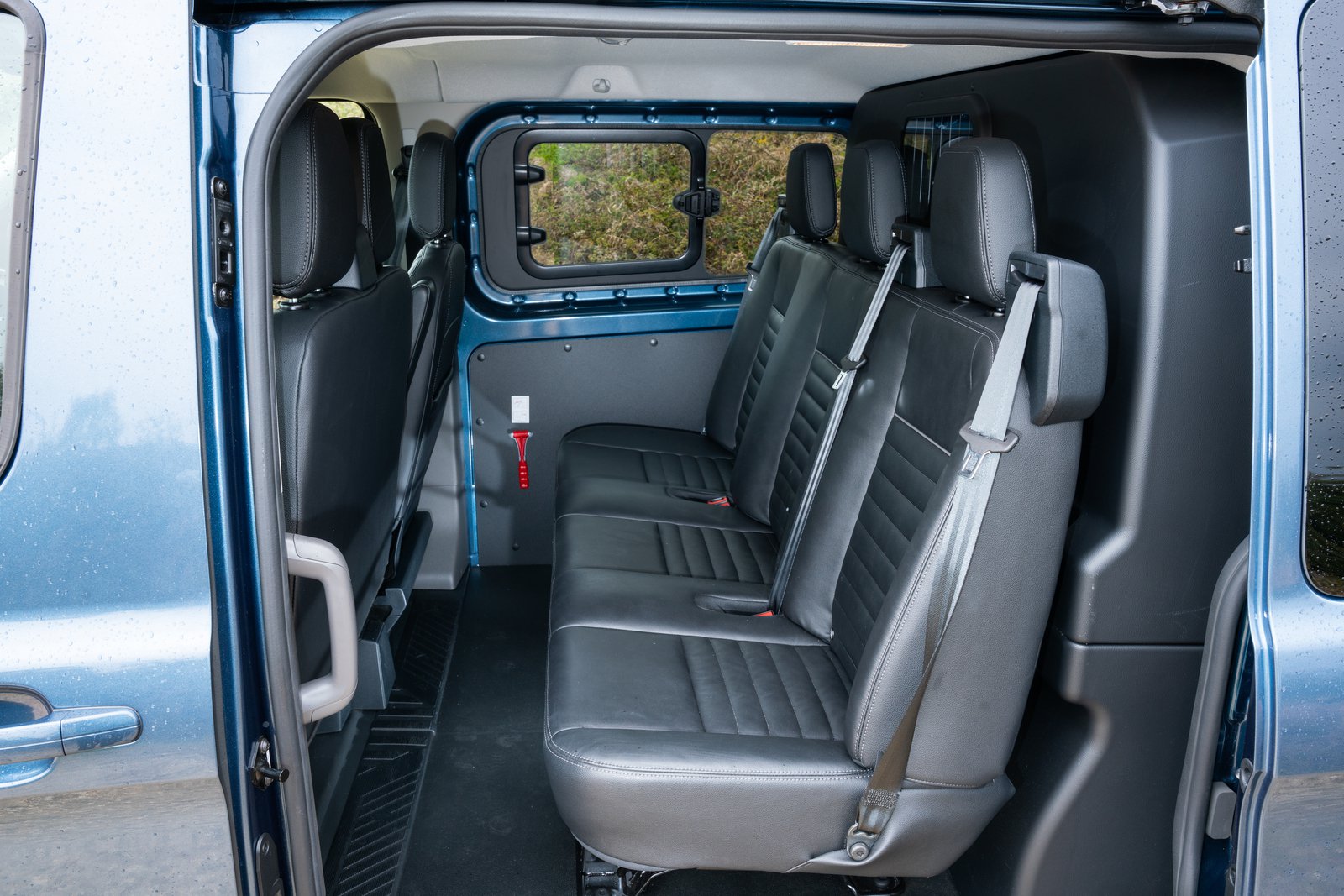