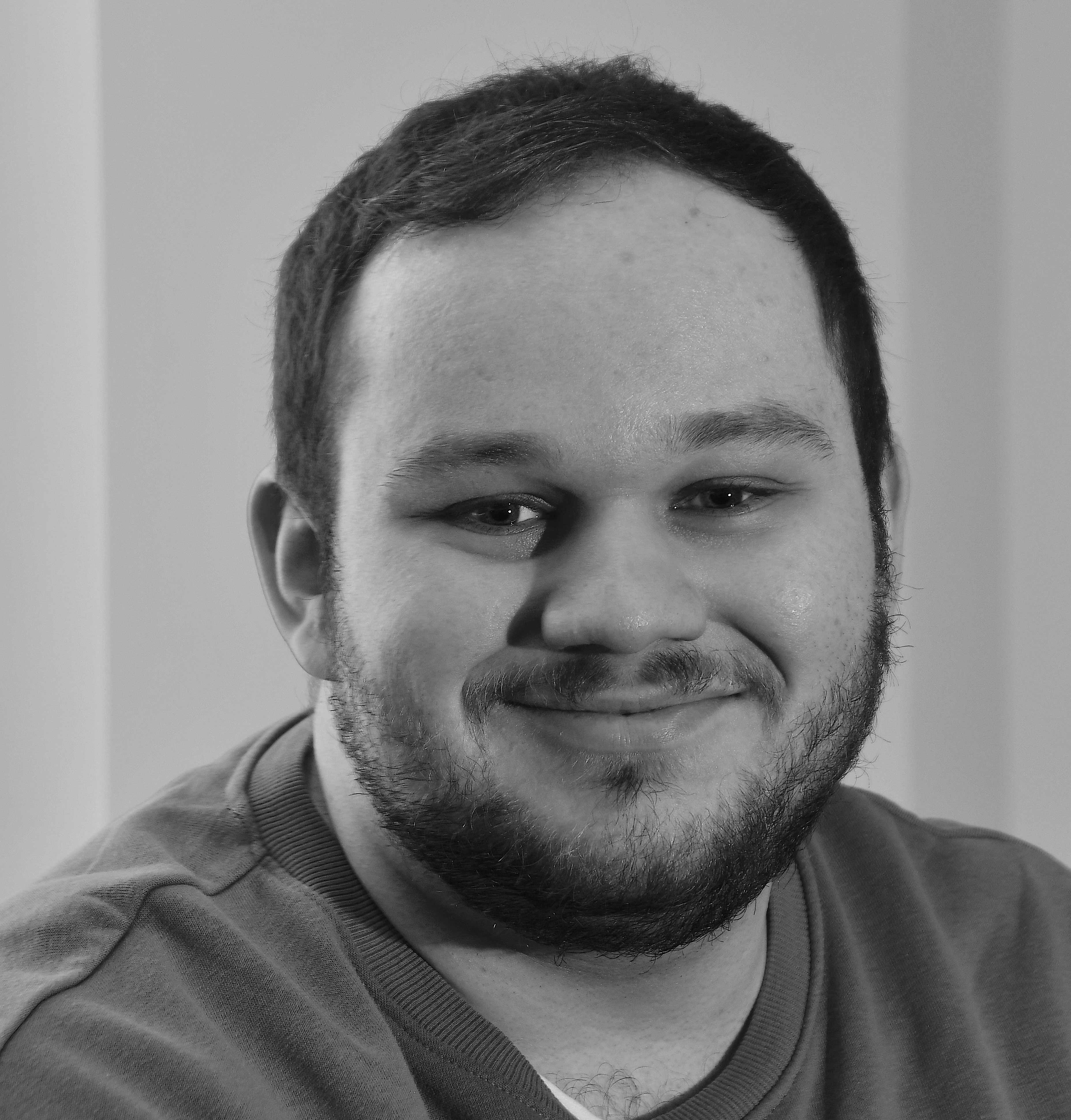 Better Call Saul successfully continued fan-favourite Breaking Bad beyond its conclusion, but as a successful spin-off it was very much the exception to the rule – most of such series' are axed within a season or two. The Ford E-Transit Custom faces such a challenge in converting the UK’s best-selling van to pure-electric power, and providing it with a lifeline beyond the 2030 ban on sales of petrol and diesel cars. But will it catch on, or will it spin out like Joey, the ill-fated Friends sequel?

In an attempt to make the transition as smooth as possible, Ford has given the E-Transit Custom the longest range of any medium-sized electric van, plus rapid-charging capabilities borrowed from the full-size Ford E-Transit, as well as bold new looks.

As for its main selling point – electric power – the Ford E-Transit Custom is likely to be powered by the same 181bhp motor from the larger E-Transit. It offers instant, effortless acceleration in that model, even when the van is fully loaded, and it’s likely to feel even more muscular in the smaller and lighter E-Transit Custom. 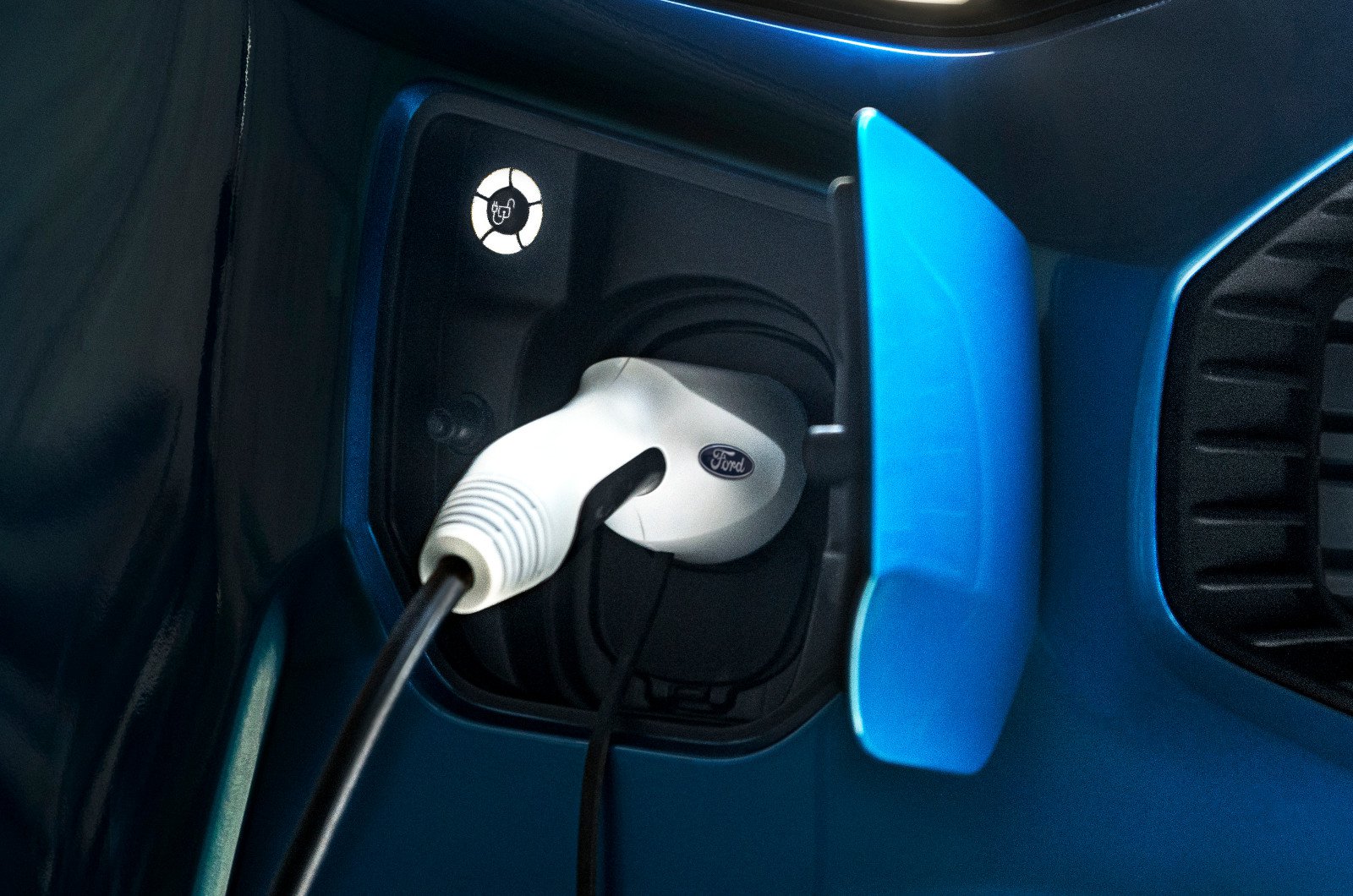 However, the 261bhp motor from the larger E-Transit is unlikely to make it into the Custom because it’d be excessively powerful. A less powerful version may also be offered to reduce purchase costs and improve range.

The E-Transit Custom’s range hasn’t been verified by official tests yet, but Ford says it will manage 236 miles between recharges. That’s 31 more than the Vauxhall Vivaro-E is capable of and 85 more than the Maxus e Deliver 3. It’s likely to support the same charging speed as the larger E-Transit, which can recharge from 15% to 80% in 34 minutes using a 115kW charger – if you can find a suitably powerful charge point. 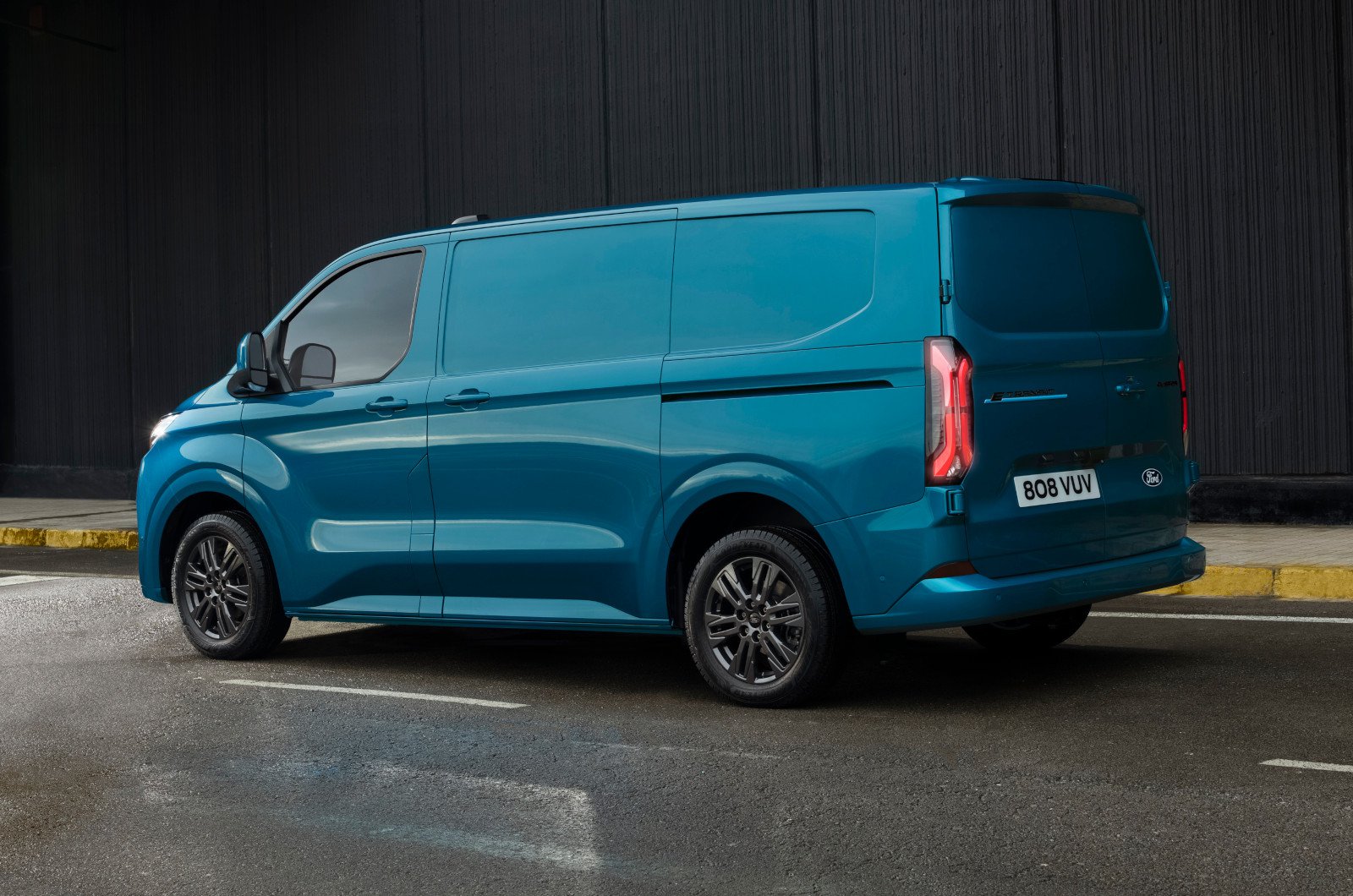 The E-Transit Custom does retain the normal version’s 2800kg towing capacity, though – sufficient for most large caravans, horse boxes, or some heavy machinery.

The E-Transit Custom’s charging port is hidden under a flap tucked beneath its sharp-looking LED headlights, as it is on the PHEV version. Other changes from the regular Transit Custom include new LED headlights, taillights, and running lights spanning the bonnet, plus a diamond-patterned grille adorned with an ‘E’ badge.

Ford has not detailed whether the E-Transit Custom has been updated inside. However, it’s likely that range-topping versions will come with the 12.0in infotainment touchscreen featured in the Ford Mustang Mach-E electric SUV and the E-Transit. Plug sockets have also been integrated into the cargo area, so you can use tools and lights, or charge a laptop. 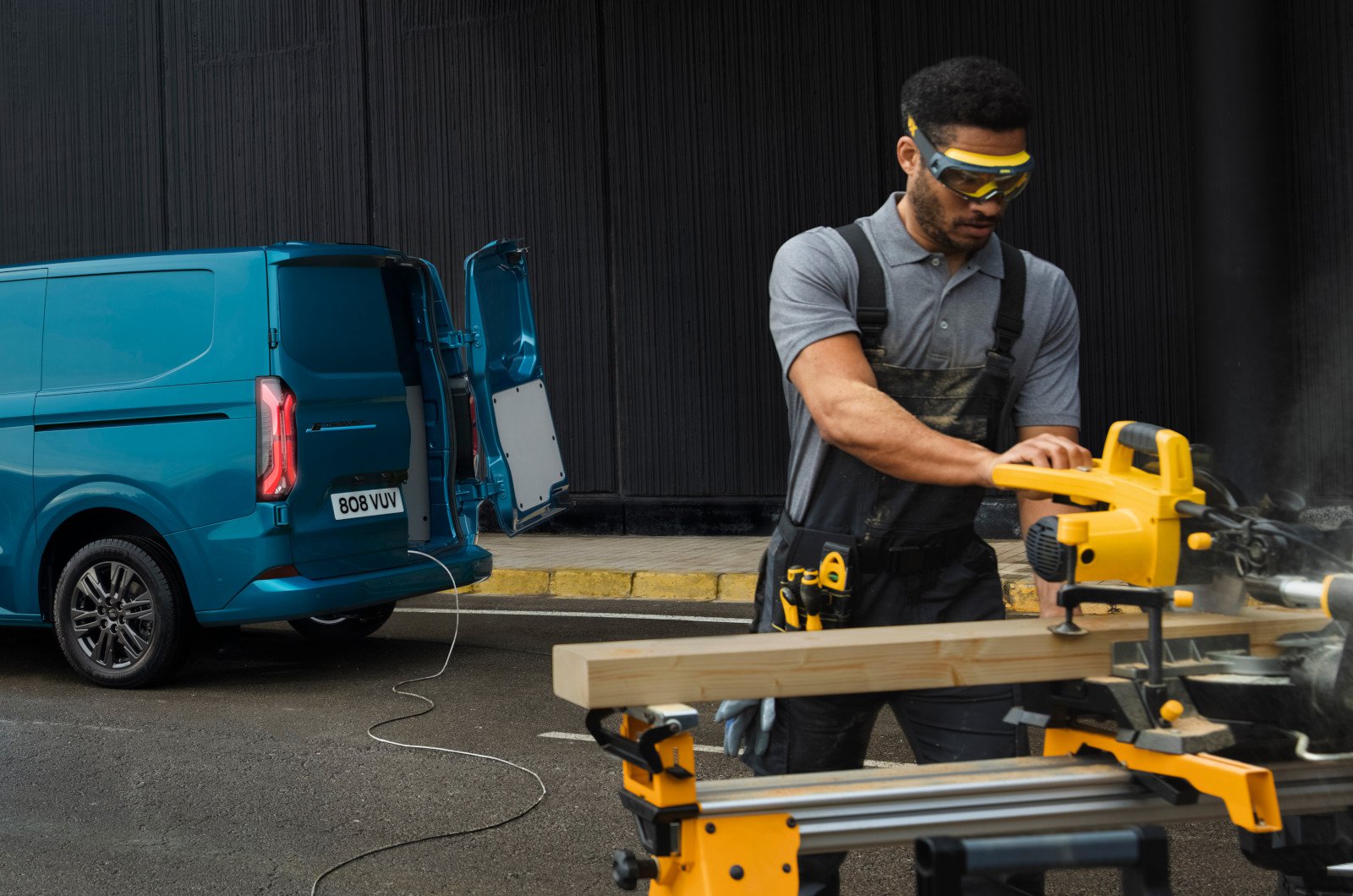 Pricing has not yet been announced, but it’s likely to start from £45,000 (excl. VAT). That’s almost £6000 more than the Transit Custom PHEV costs, but is on par with the Vivaro-E.

Note also that the E-Transit Custom should qualify for the full Plug-in Car Grant, which offers 35% off the price of an electric van (up to £5000).

The E-Transit Custom follows the full-size E-Transit as the second of five fully electric commercial vehicles that Ford will introduce by 2024. The remaining three are likely to be electric versions of the Ford Transit Connect and Ford Transit Courier small vans, plus one bespoke model offered solely with electric power.

The latter could be a small cargo van based on the Volkswagen ID. Buzz – birthed from a collaboration between the two brands. The E-Transit Custom will share its underpinnings with an updated version of the Volkswagen ABT e-Transporter as a result of the partnership. This is also true of the upcoming Ford Ranger and Volkswagen Amarok pick-up trucks.

Next: Read our latest van reviews, news and advice >>