So far, we’ve tried only what Land Rover thinks will be its most popular engine, the 237bhp 2.0-litre diesel, and it suits the Defender’s character. It’s not what you’d call fast – 0-60mph takes 8.6sec – but it has plenty of low rev grunt and gains speed impressively enough when you need it.

The automatic gearbox is less impressive, exhibiting a tendency to shuffle down through the gears unnecessarily at the merest brush of the accelerator. We’d prefer it to make use of the engine’s impressive 317lb ft of torque to haul the car along without it changing gear so often. However, you can work around this foible by using the manual mode to select the gears yourself.

Suspension options are also refreshingly simple. The longer Defender 110 has air suspension as standard, while the shorter three-door 90 model uses conventional steel springs, with air being an option.

So far, we’ve sampled the 110, and, even though our test car had bigger optional 20in wheels (19s come as standard) and off-road tyres, the Defender’s air suspension does a brilliant job of taking the sting out of larger urban abrasions; it shuddered far less than the larger Land Rover Discovery’s would in similar circumstances. 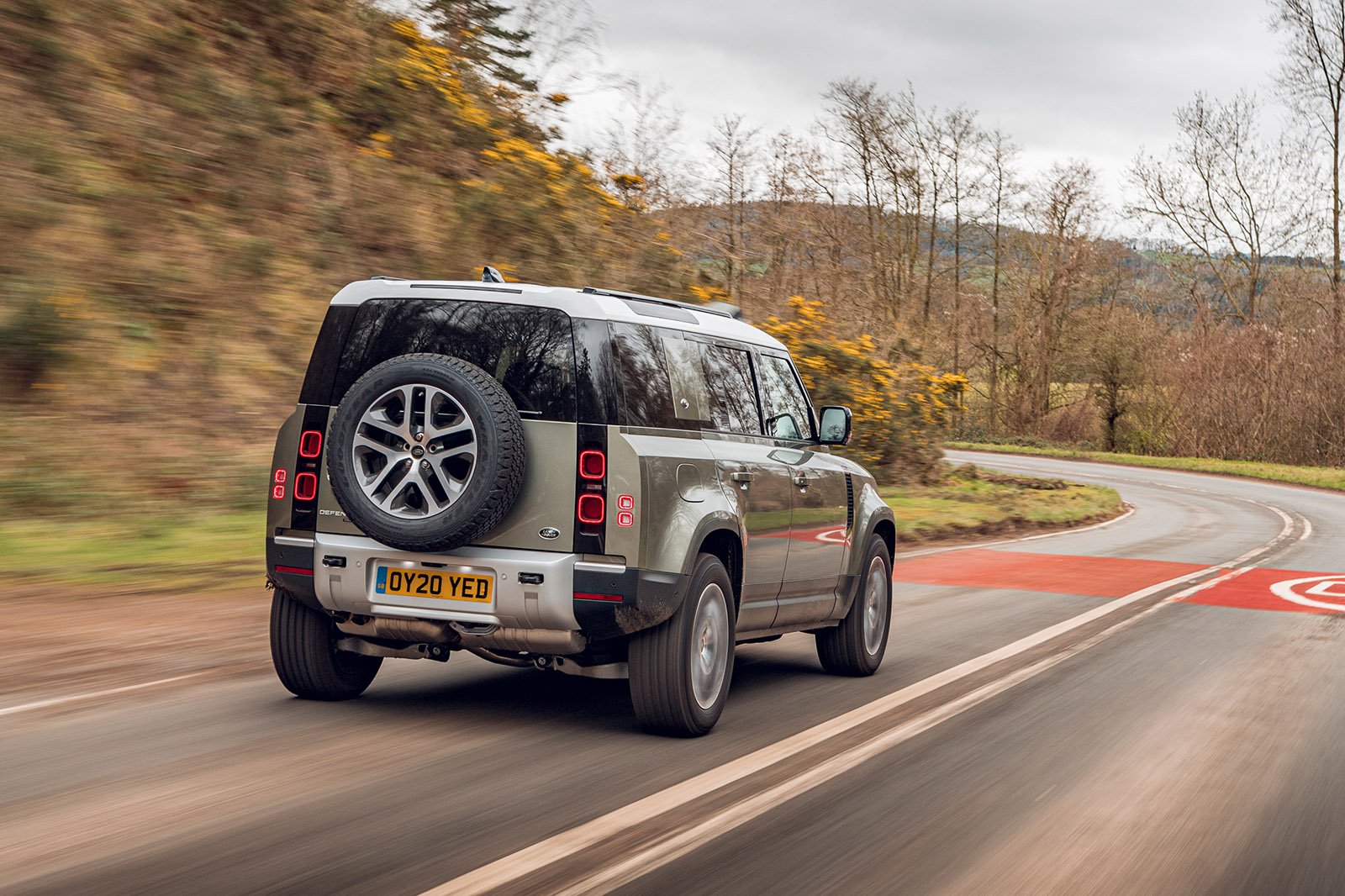 For such a tall vehicle, the Defender is surprisingly enjoyable to command on a flowing country road. The steering doesn’t overflow with feel, but it’s light and accurate and makes it easy to place the car exactly where you want it. And, while there’s bit of lean if you hoof it into a corner, it is otherwise controlled in its movements and gives you plenty of confidence. Of course, more road-biased SUVs, such as the Audi Q7 and BMW X5, are sharper still, but compared to cars with a similar level of off-road ability (namely the Jeep Wrangler, Mercedes G-Class and Toyota Land Cruiser), the Defender is in another league.

Speaking of prowess on the rough stuff, the Defender’s ability to keep going when the going gets rough is quite simply astounding. With the Terrain Response system activated and the car in its highest off-road suspension setting, it powers over deep ruts, clambers through offset ditches and climbs up muddy hills without breaking a sweat. If the car thinks it's about to scrape its underside, it’ll even jack up its suspension automatically by an extra 70mm, on top of the car’s default off-road ride height of 75mm, to improve clearance.

We’ve no doubt that a Wrangler or a Mercedes G-Class could complete the same trials, but the Defender is designed to make life even easier. Its Terrain Response system removes the need to hunt for buttons (as you have to in those two rivals) to manually lock the differentials when you want all four wheels to turn at the same speed for maximum traction in slippery conditions.

While the Defender may look like it has the aerodynamics of a brick, wind noise at motorway speeds is surprisingly well suppressed. We noticed a little buffeting around the B-pillar, but Land Rover assured us that this will be addressed before cars reach customers.

In terms of engine noise, although the 2.0-litre D240 diesel engine is a bit vocal when you’re accelerating hard, you don't hear much from it at a steady motorway cruise and it doesn’t transmit too many vibrations through the steering wheel or the soles of your feet compared, like the altogether coarser Wrangler will. That said, the engines in the Audi Q7, BMW X5 and Mercedes G-Class are even smoother. 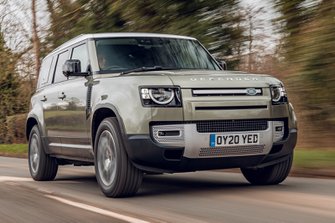