The Mercedes EQV is a vast car – and commands a vast amount of money to buy. As we’ve mentioned, the price does undercut the Tesla Model X by quite some way, but is more expensive than other large EVs including the Audi E-tron, BMW iX3 and Jaguar I-Pace. However, the EQV – like all electric cars – is hugely tempting as a company car because it attracts the lowest benefit-in-kind (BIK) tax rate.

Sport models come reasonably well equipped with 17in alloys, adaptive cruise control and the 10.25in touchscreen infotainment system, but we’d consider stepping up to Sport Premium to get the smartphone mirroring, 360deg camera, rear table tray and electric front seat adjustment. It also adds some exterior styling tweaks. The jump from there to Sport Premium Plus is too steep to recommend, particularly as it’s only really the adaptive suspension and upgraded stereo system that you get for your extra money.

The EQV can charge relatively quickly. It has an 11kW on-board charger (some rivals only have a 7kW charger) which means it can get a 10-100% charge from an 11kW home wallbox in 10 hours. The maximum charging speed of the EQV is 110kW, so from a fast charger of the kind you’d find at a motorway service station you can get a 10-80% charge in 45 minutes. However, while this is all well and good compared to electric cars such as the E-tron and I-Pace, the Model X has a huge advantage here. That’s because it has access to Tesla’s brilliantly maintained and widely available Supercharger network and can charge at even faster speeds.

Mercedes doesn’t have the most consistent reliability record, as was highlighted in the What Car? Reliability Survey. The German manufacturer finished near the bottom of the table in 26th place out of 31 manufacturers, above 29th-placed Tesla but below Jaguar, Audi and BMW. At least Mercedes provides a decent three-year, unlimited mileage manufacturer’s warranty, which should offer some reassurance. Plus, the battery is covered by an eight-year or 100,000-mile warranty.

Also positive is that the EQV offers good crash protection. The V-Class it’s based on scored the full five stars in Euro NCAP safety tests in 2014 – although more stringent testing has been introduced since then. All models come with driver fatigue monitoring and automatic emergency braking (AEB), as well as seatbelt pre-tensioning, blind-spot warning and lane-keeping assistance. 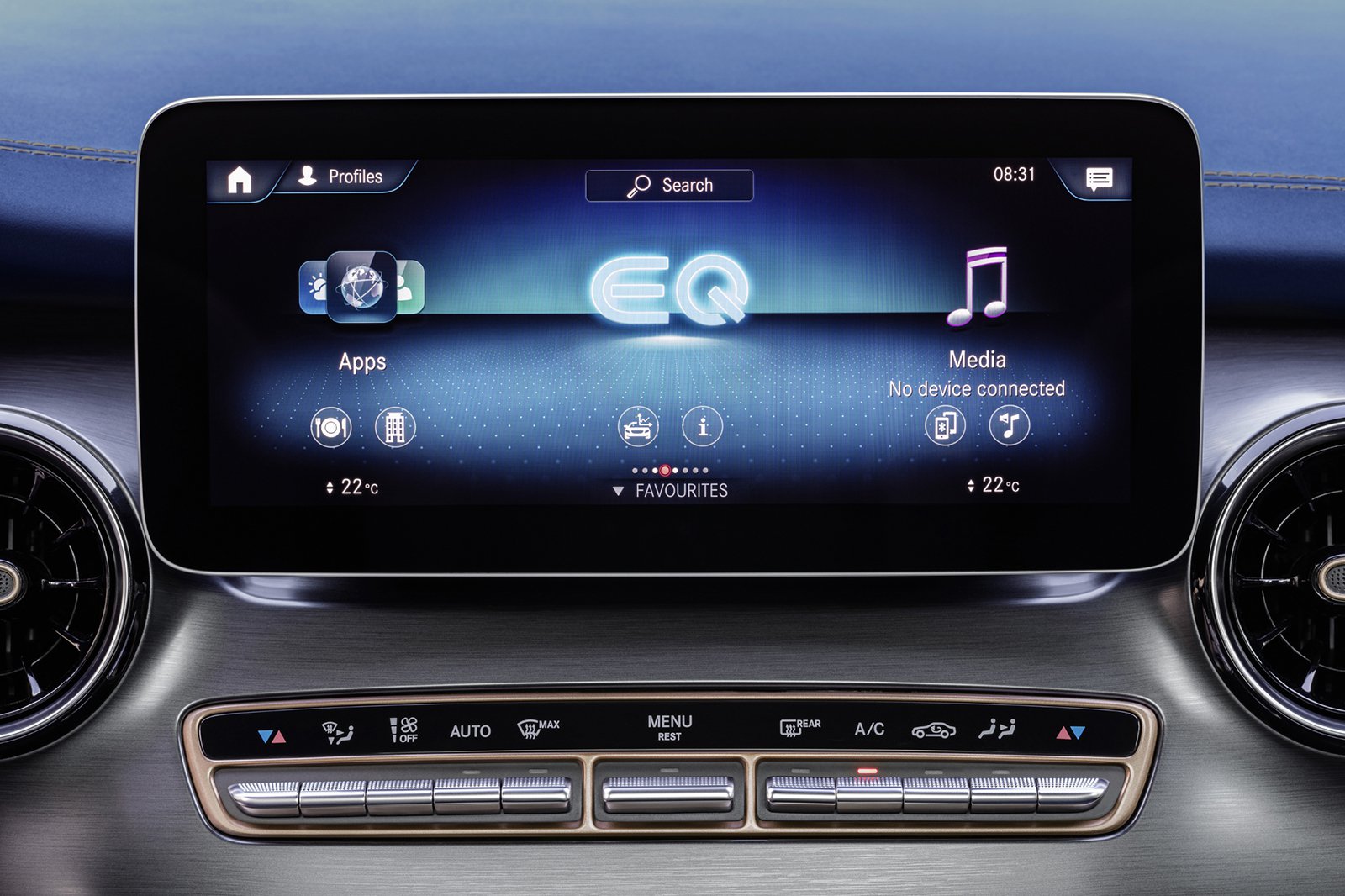 Scores well on refinement and quality, but this version doesn'...