For the first time, there’s a full-fat RS performance version of one of Audi’s luxury SUVs – meet the Audi RS Q8...

Anyone who thinks the words ‘big’ and ‘sporty’ are mutually exclusive obviously hasn’t seen Kyle Sinckler’s try against Australia in the Rugby World Cup. Or, indeed, the new Audi RS Q8.

Based on the German brand’s flagship SUV, the Q8, it uses the same 4.0-litre twin-turbocharged petrol engine as the new RS6 and RS7 performance cars, meaning it develops 592bhp. That’s 212bhp more than you get in a Porsche 911 Carrera and enough to shift this two-tonne beast from 0-62mph in just 3.8sec. 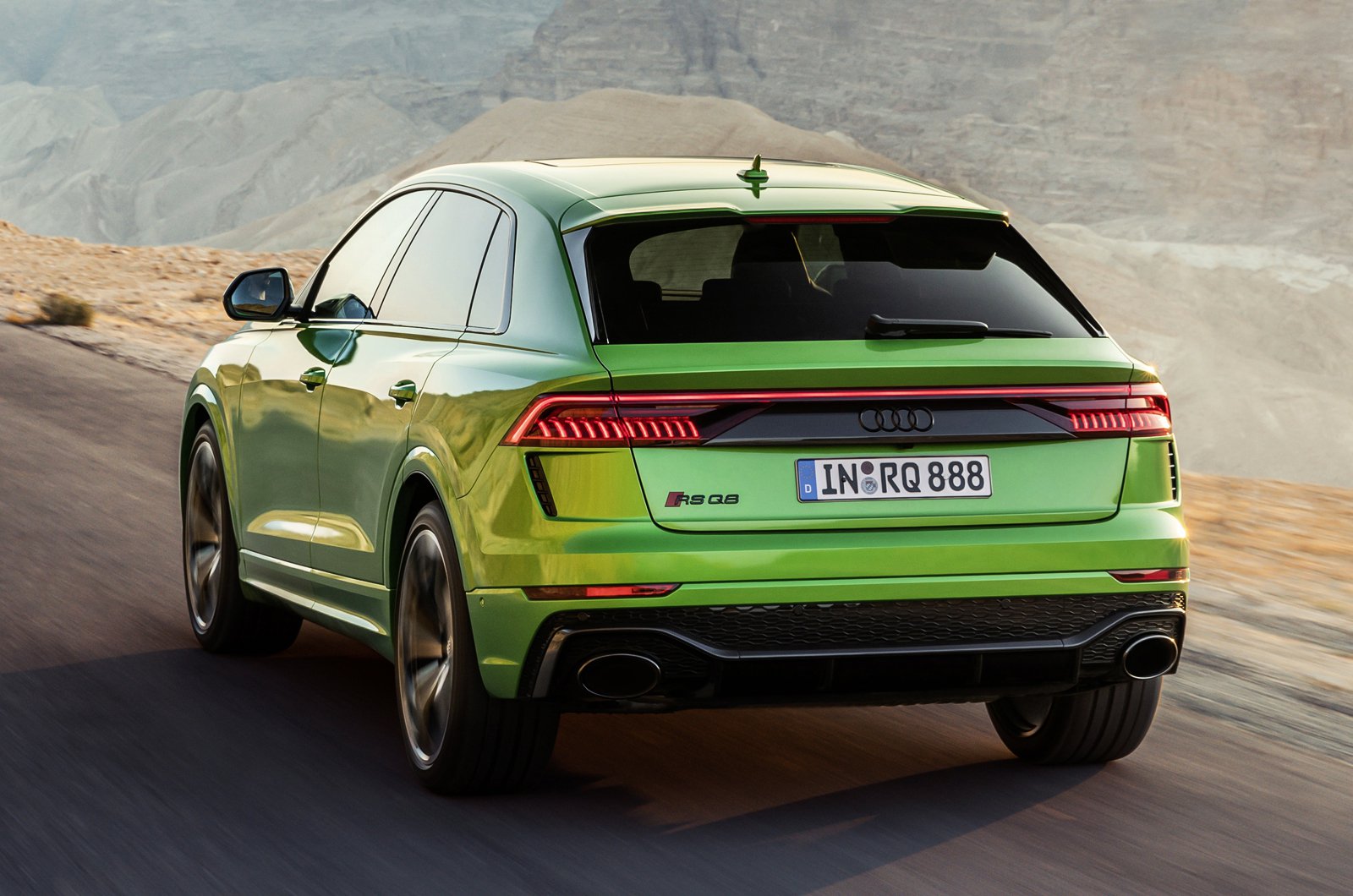 True, it still isn’t quite as powerful as the rival BMW X6 M Competition, but it accelerates just as fast, also keeping pace with our reigning champion in this class, the Alfa Romeo Stelvio Quadrifoglio.

The RS Q8’s engine is clever, too, shutting down half of its eight cylinders when they’re not needed to save fuel. Meanwhile, a mild hybrid system recoups some of the energy that would normally be lost when slowing down and allows the car to coast for up to 40 seconds at a time with the engine off.

Unusually for an Audi performance model, the RS Q8 isn’t much wider than the car on which it’s based (the growth is just 10mm at the front and 5mm at the rear). However, that’s not down to a desire for subtlety; it’s simply because the car wouldn’t have fitted through the Audi paint shop if it were any bigger. 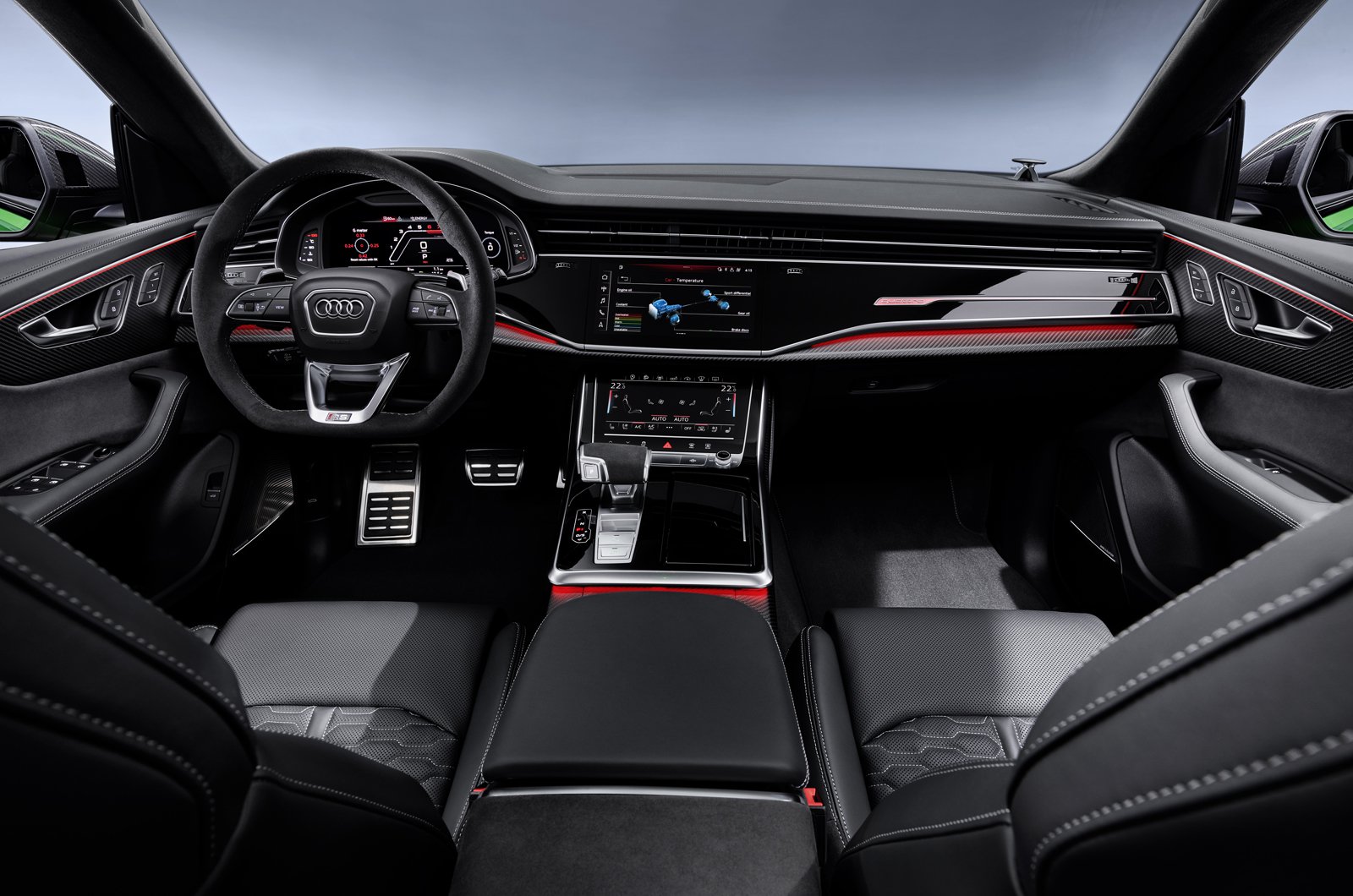 Instead, it relies on a bodykit, rear diffuser, twin oval exhausts and massive 22in wheels to help it stand out. And there are a range of options to let you personalise your car’s appearance, including 23in wheels and black and carbonfibre styling packs.

As in all fast Audis, quattro four-wheel drive is standard. Plus, there are customisable RS1 and RS2 driving modes, which are activated via a button on the steering wheel. As well as adjusting the engine and handling responses, these change what information is displayed on the fully digital instruments.

If Audi's new RS Q8 has got you thinking about something sporty and SUV-shaped for your next car, then you'll want to pay attention to this next story, because we're naming our favourites.

Buy a new Lamborghini Urus with What Car ? >> 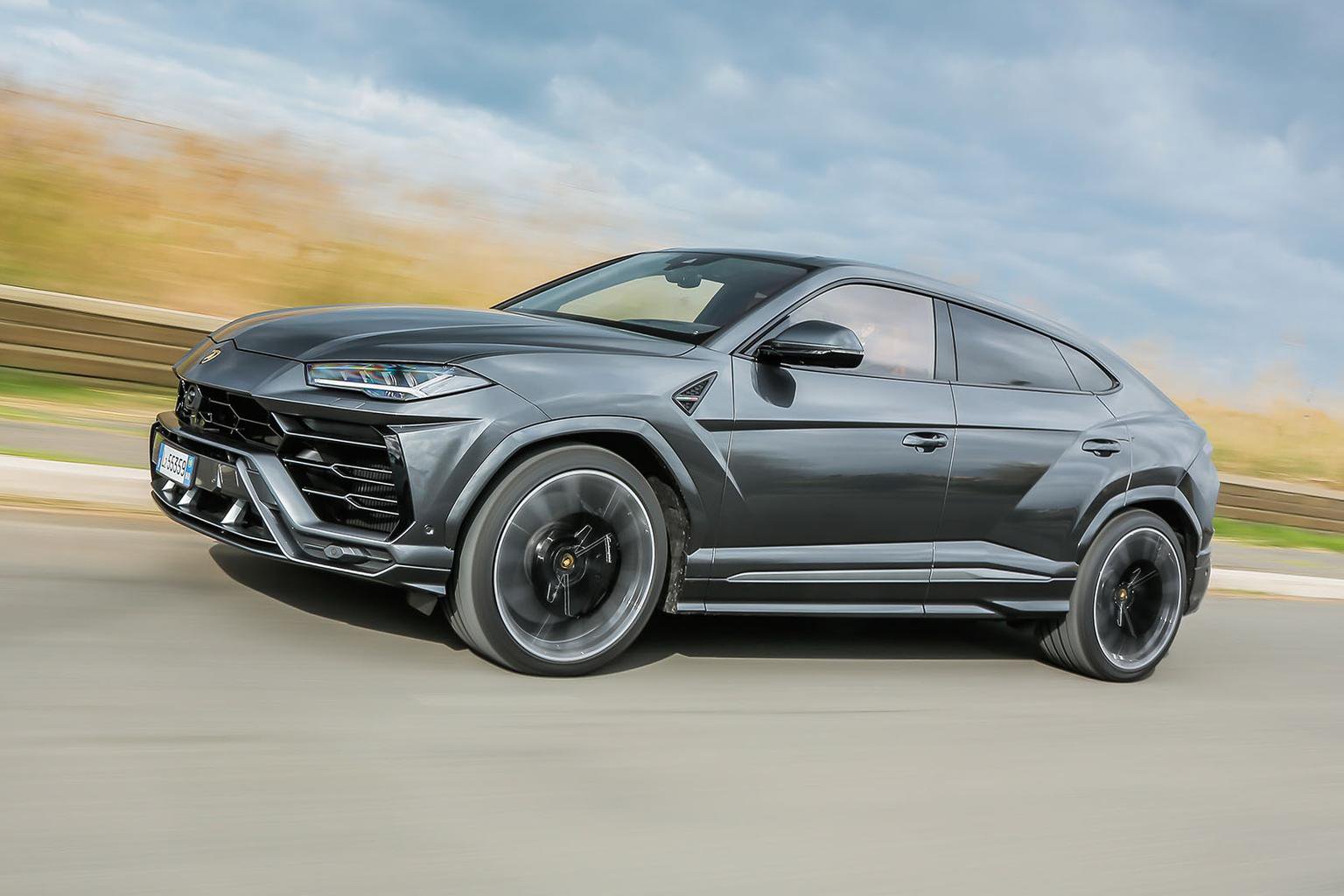 A list like this just wouldn't be complete without the Lamborghini Urus. Not only does it look like it comes from the 22nd century, but it also has the power to match, in the form of a thumping 4.0-litre V8 engine developing a meaty 641bhp. The result is a car that can reach 62mph in just 3.6sec – faster even than the Porsche 911 sports car.

Save money on a new Mercedes GLC with What Car ? >> 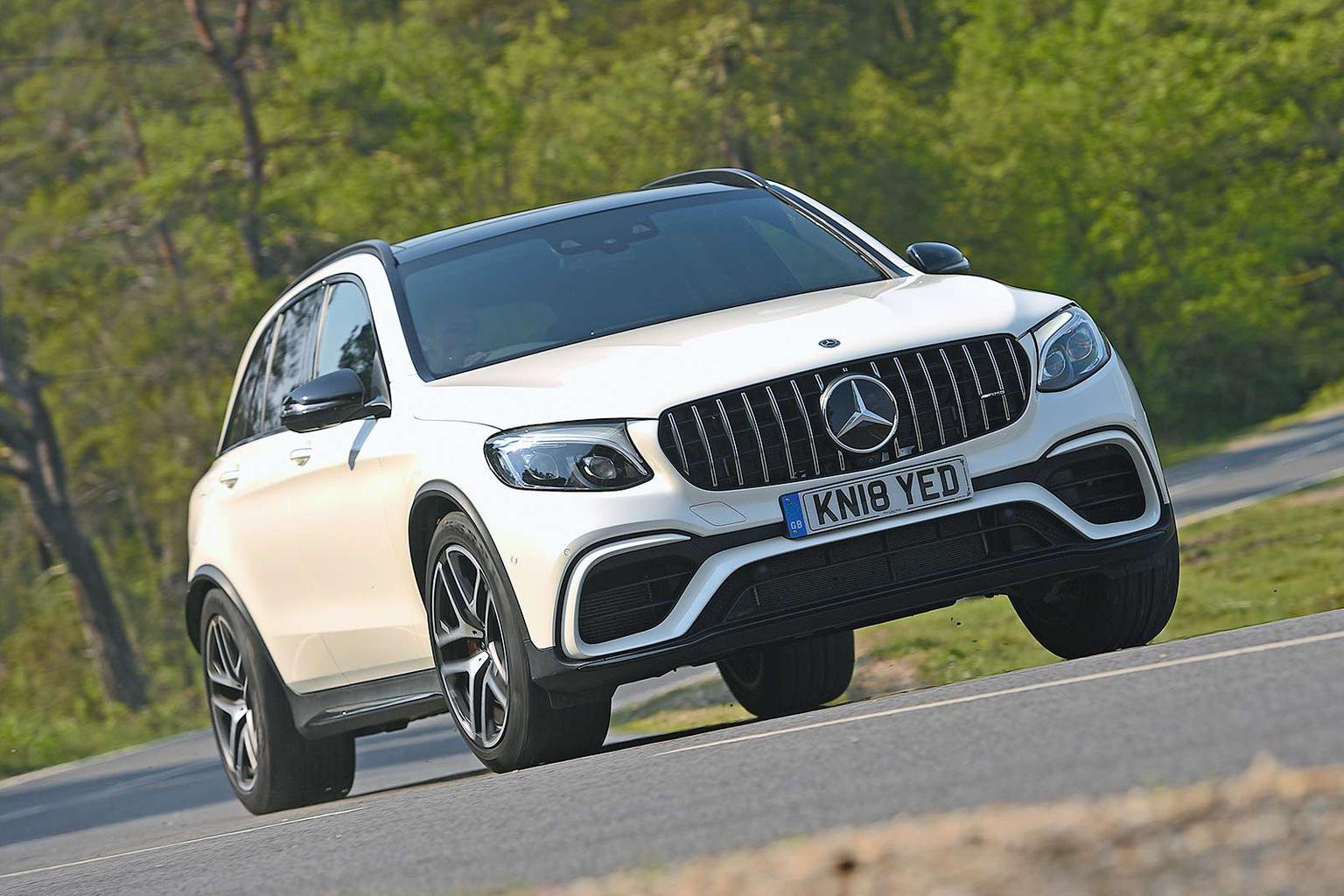 This is the most potent version of the GLC you can buy. Like the Urus, it has a 4.0-litre V8 petrol engine resting under its bonnet, and with 469bhp in standard form and 503bhp if you go for the S version, it's very nearly as fast. This GLC is ridiculously fast, then, but it's also comfortable enough for everyday use. 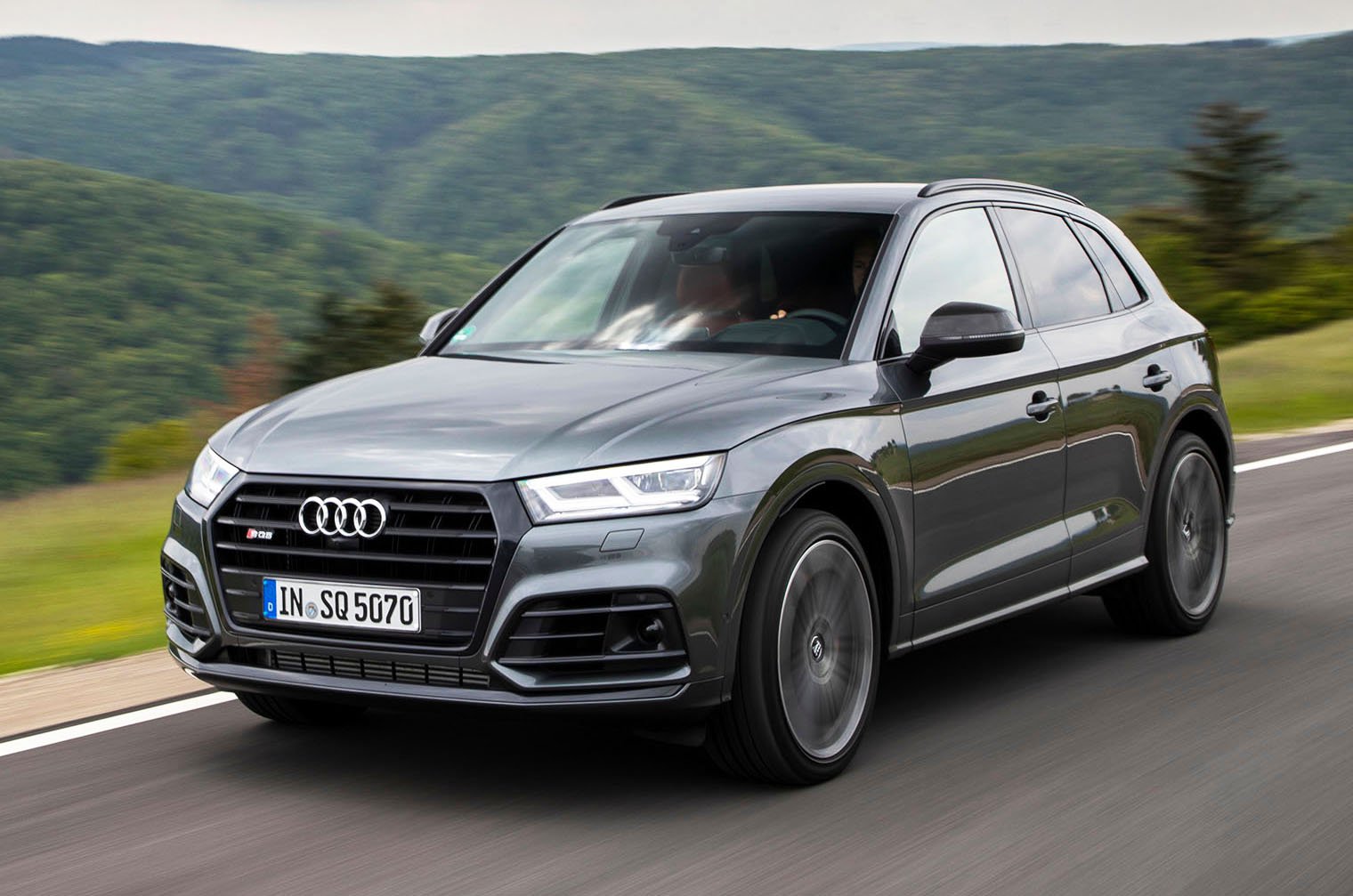 Unlike the other cars in this top 10, the SQ5 is a diesel. However, it still ticks all the important boxes, because its engine provides quick but effortless performance along with sensible fuel economy, and sounds pretty tasty, too. The handling is beautifully judged —if not quite as entertaining as that of the Porsche Macan — while still giving you a comfortable ride. And it’s a practical large SUV, so makes a great family car.

Next: more of our favourite sports SUVs >