The Land Rover Discovery has been given a host of new technology to improve acceleration, fuel efficiency and connectivity... 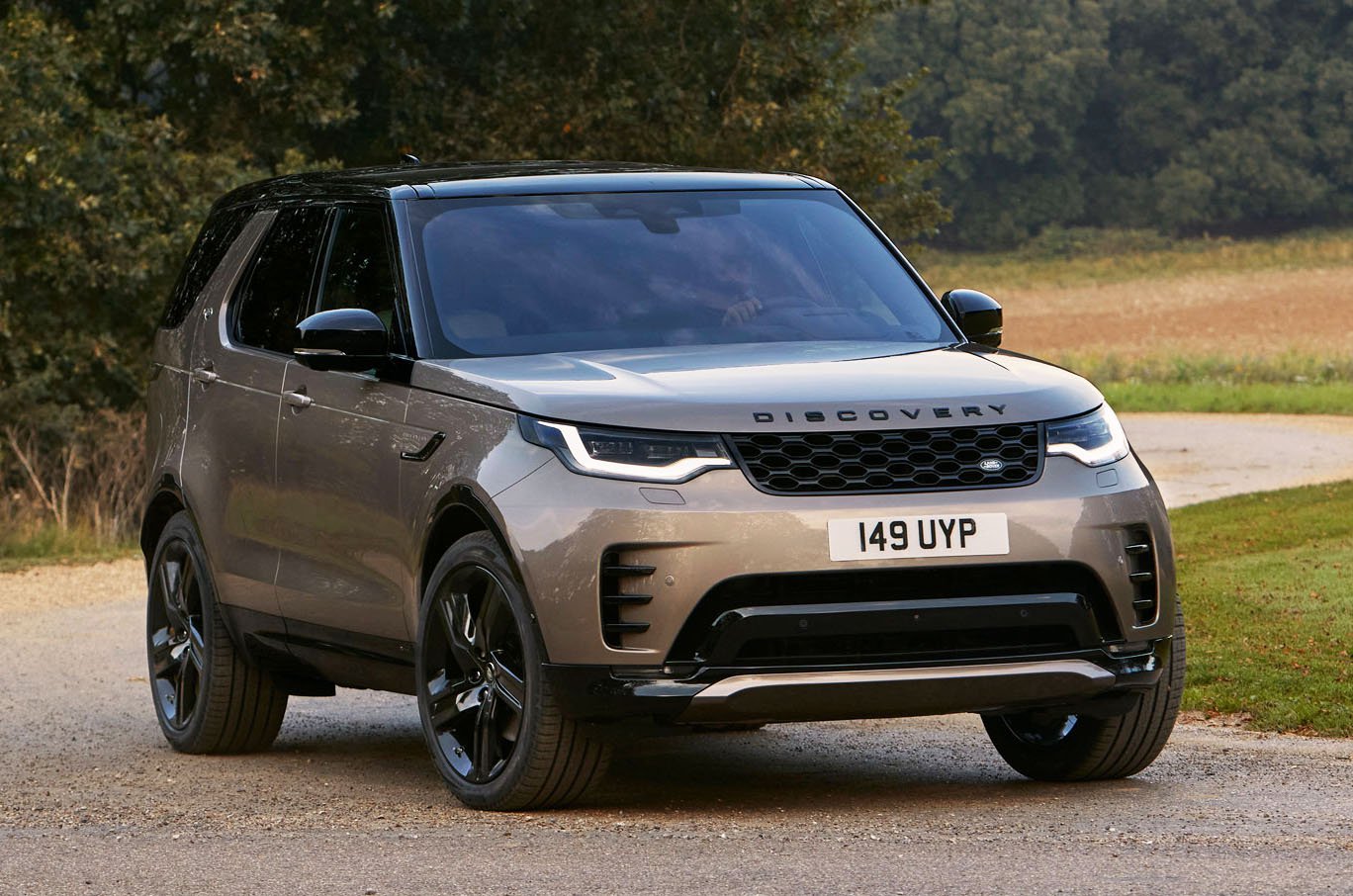 Take a look at the history of the Land Rover Discovery and you'd have to describe it as a bit of a social climber, because it's come a very long way since it was first introduced in 1989.

Yes, it's still as nimble as a mountain goat off the beaten track, but it’s also luxuriously appointed inside with plenty of room for seven and, following this update for 2021, loaded to the gills with the latest technology.

A mild hybrid system has been added to improve the responsiveness and efficiency of its engines, and its new infotainment system can receive over-the-air software updates that will bring the latest safety and driver convenience features as they're released, without the need for owners to visit a dealership. 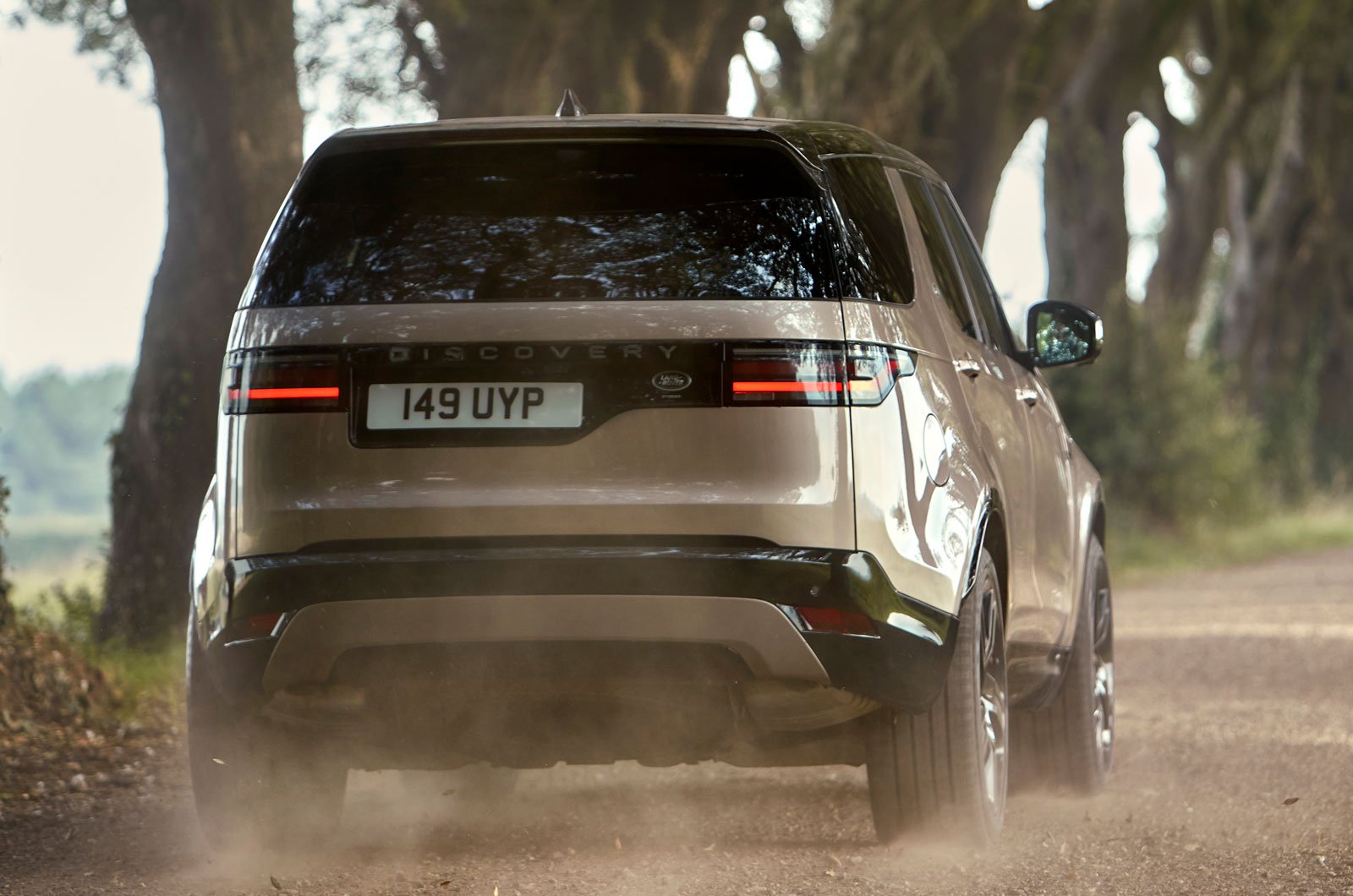 Visually, the 2021 Discovery is more of an evolution than a revolution over the previous version, though, with new LED headlights and more angular, aggressive looking bumpers the main differentiators.

For those who want to stand out from the crowd, there is a new R Dynamic trim level that adds a black gloss grille and coloured accents on other bits of exterior trim, as well as two-tone leather upholstery with contrasting seat stitching on the inside.

The engine line-up has been slimmed down and three new 3.0-litre six-cylinder units have been introduced: the P360 petrol and the D250 and D300 diesels. The only engine carried over from the previous Discovery is the 2.0-litre P300.

All four engines come with an eight-speed automatic gearbox. Performance is strong across the range; all models complete the 0-62mph dash in eight seconds or less with the more powerful petrol and diesel options managing it in less than seven seconds. 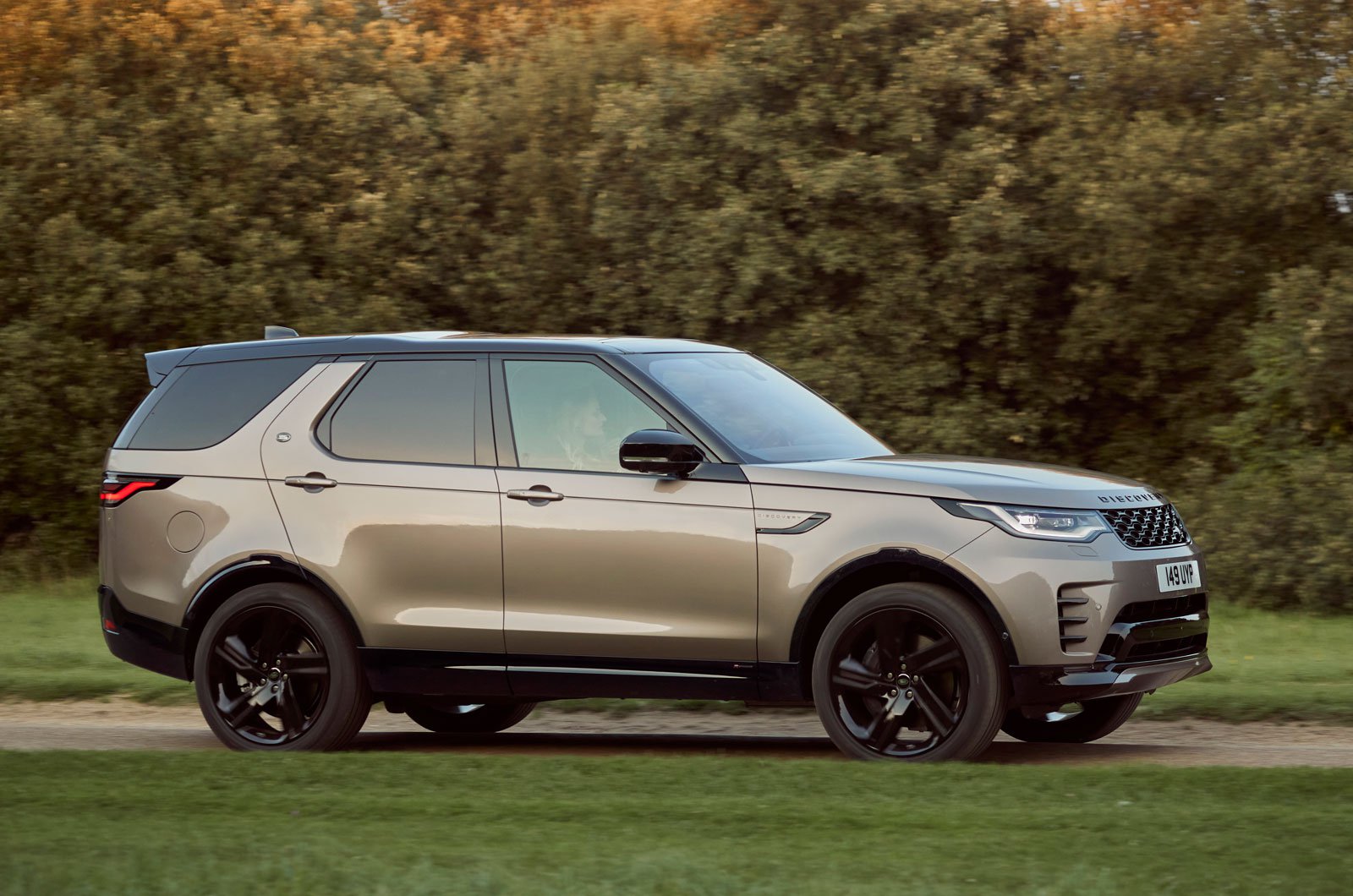 All three new engines have 48-volt mild hybrid technology that aids acceleration and fuel economy. In the case of the D250 and D300 it helps to take the official WLTP economy to around 34mpg; that should mean a decent improvement over the 26mpg True MPG figure we achieved in the previous Sd6. Emissions have also been reduced across the board, although official CO2 figures remain above 200g/km.

Centre stage on the inside is a new infotainment system with an 11.4-inch touchscreen (the previous version was 10.0in) and a simplified menu structure for easier use. It’s able to stream media at the same time as performing over-the-air updates to as many as 44 of the car's electronic systems. Apple CarPlay and Android Auto smartphone connectivity are standard, but wireless charging will cost extra. 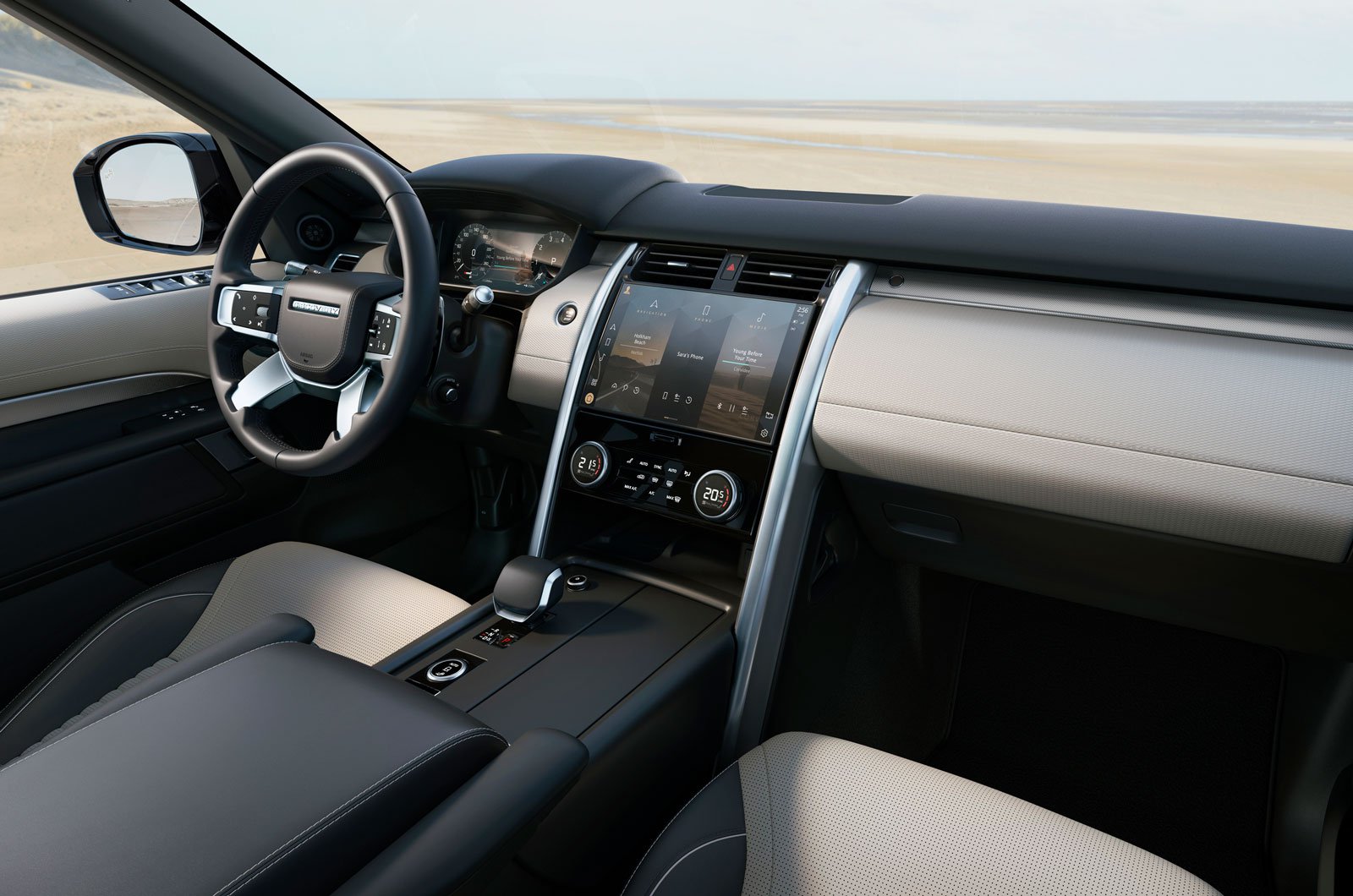 The 12.3in customisable digital dash display is standard and buyers can also specify a colour head-up display to project useful info onto the windscreen.

The Discovery comes with a 4G Wi-fi hotspot that can link up to eight devices, and there are tablet holders incorporated into the front seat backs and USB charge points for those in the rear seats. The second row of seats have also been redesigned with longer, thicker cushions and improved lateral support to make them more comfortable. 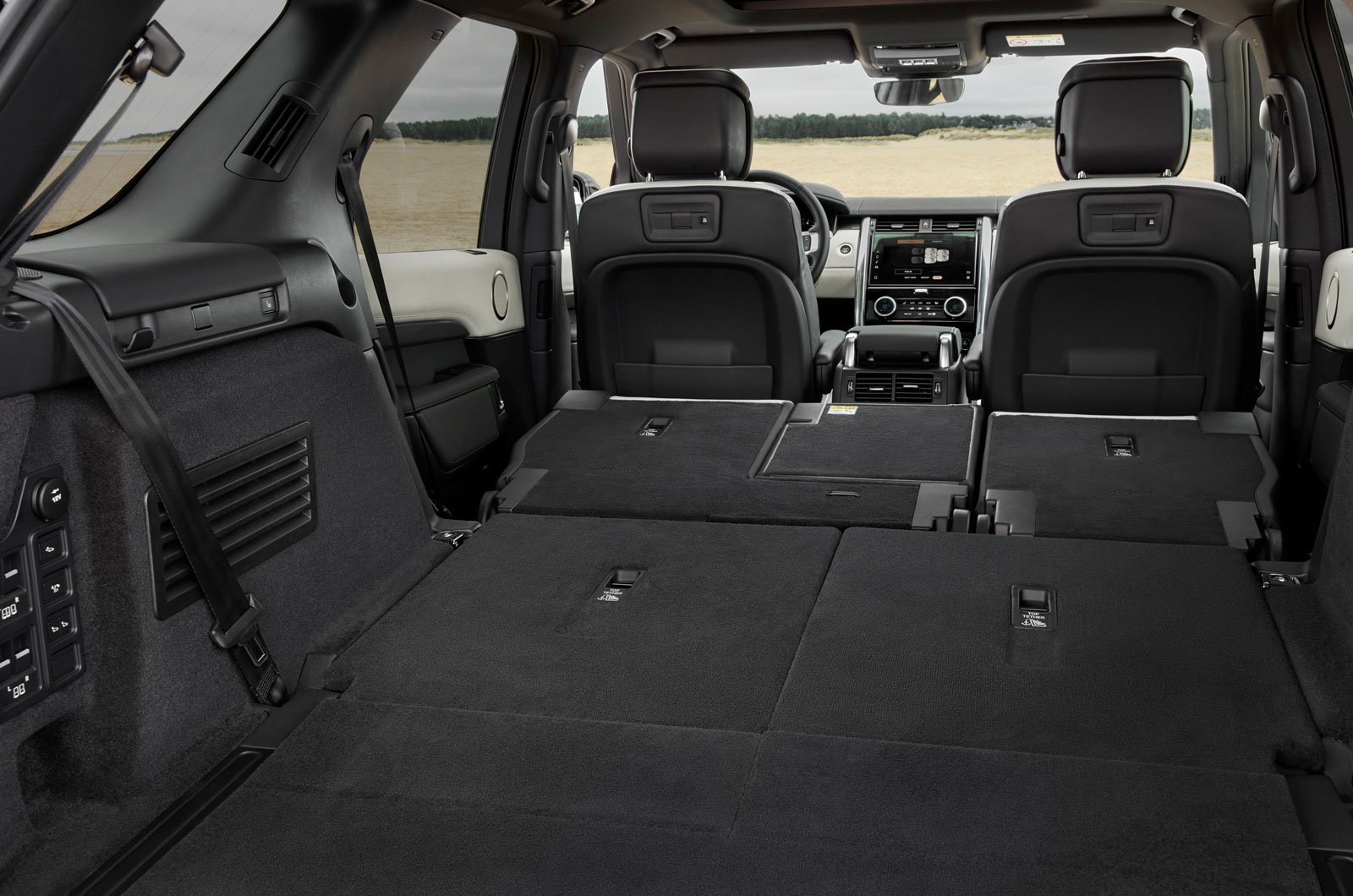 With prices starting around £48,000 – and What Car? Target price discounts bringing that down to just over £45,000 – the outgoing Discovery looked like a bargain compared with the Audi Q7 and BMW X5, which start at around £52,000 and £55,000 after discounts. The £53,090 starting price of the 2021 Discovery brings it more in line with these rivals without making it seem overpriced in comparison, and buyers may have to wait a year or so for significant discounts to become available.