The Toyota GR Supra now comes with a six-speed manual gearbox to give the brand's flagship sports coupe a more interactive driving experience. So, is the Supra MT better than the auto?...

There are plenty of devices in life designed to make our lives easier, especially when the job in hand is repetitive or time consuming. Electric can openers, robot vacuum cleaners and those powered coffee bean grinders allow us to save energy – and avoid boredom.

Still, when it comes to driving and changing gears in a car, going for an automatic gearbox isn’t necessarily the definitive answer. Auto boxes are handy in heavy traffic, but once the roads open up and you want to be actively involved in the driving experience, using a clutch pedal and slotting a gearlever into place by yourself is arguably more fun and immersive – especially in a sports car.

After a few years on sale, the Toyota GR Supra finally allows you to do just that, with a six-speed manual option sitting alongside the existing eight-speed auto. It might be a little late to the party (the Japanese car maker admits it didn't expect any demand for a manual at launch), but now it’s predicted to account for up to 40% of buyers in Europe.

It’s only available on the larger 3.0-litre engine and is visually identified by the red Supra badge mounted on the boot. You can have it with both Supra and higher-spec Supra Pro trim levels, but the GR Supra manual (also known as GR Supra MT) is being viewed as the more driver-focused model in the range. 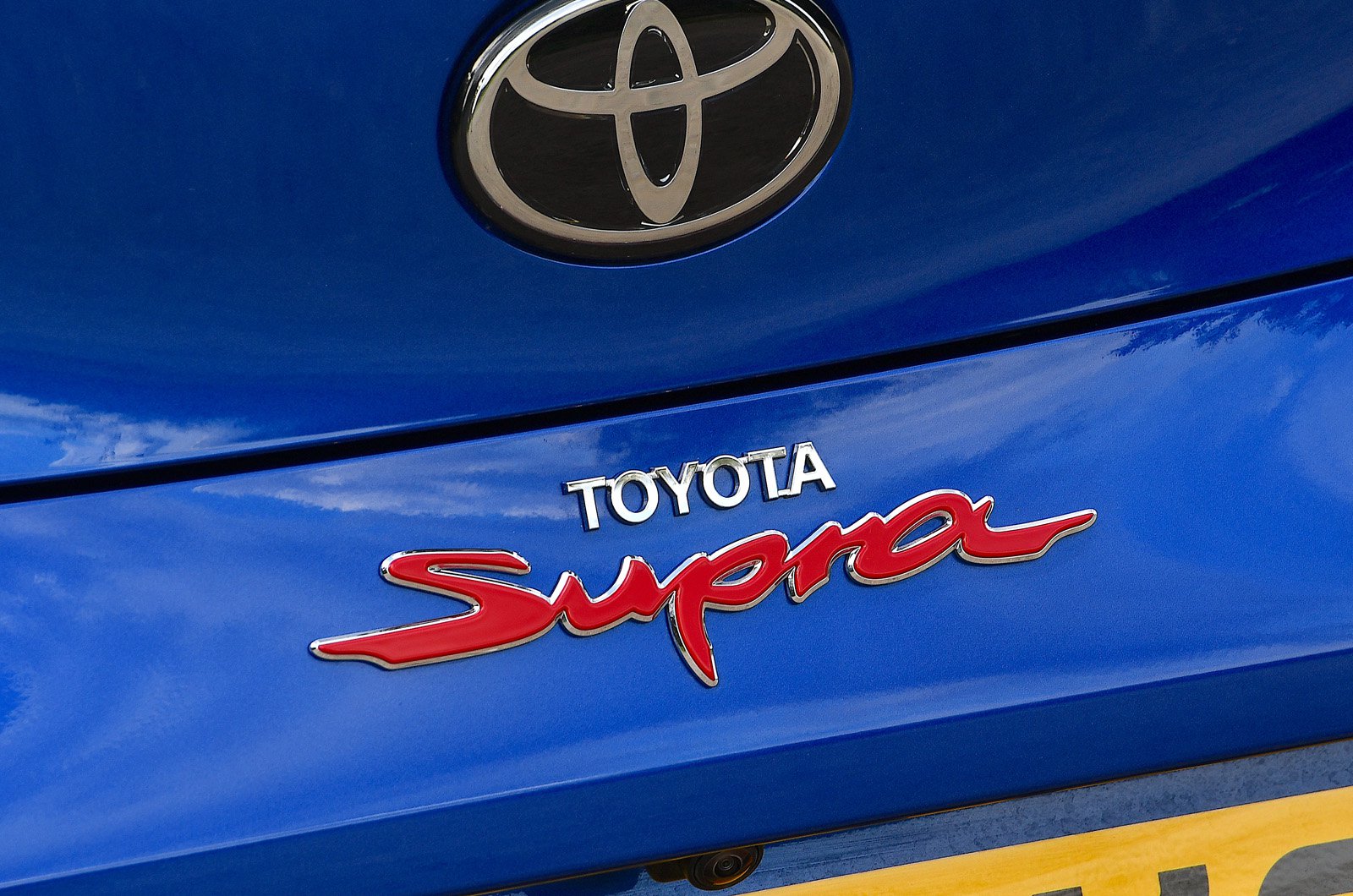 As well as giving you a clutch pedal and a new gearlever, the Supra MT is also a little lighter than the automatic car. In entry-level Supra trim, it weighs 38.3kg less because of the simpler gearbox, lighter 19in wheels, more basic audio system and manually adjustable fabric seats (instead of electric leather ones on the Pro model). So, does going manual transform the driving experience? We've driven one to find out...

The 3.0-litre turbocharged petrol engine in the GR Supra MT produces the same amount of power as before. With a 0-62mph time of 4.6sec, it's 0.3sec slower than the automatic, but we reckon that's a negligible price to pay. For a start, it eliminates the occasional slow response of the automatic gearbox when setting off from stationary (something that seems to blight the 2.0-litre engine in particular).

While the manual gearbox doesn’t feel as snickety to use as the ones fitted in the Toyota GR Yaris or Toyota GR86, the gear lever slots smoothly into the gate without too much resistance. The relatively long throw and light gearshift means it’s not quite as involving as its smaller siblings, but we reckon it's slick enough and, fundamentally, still more interactive than the automatic version. 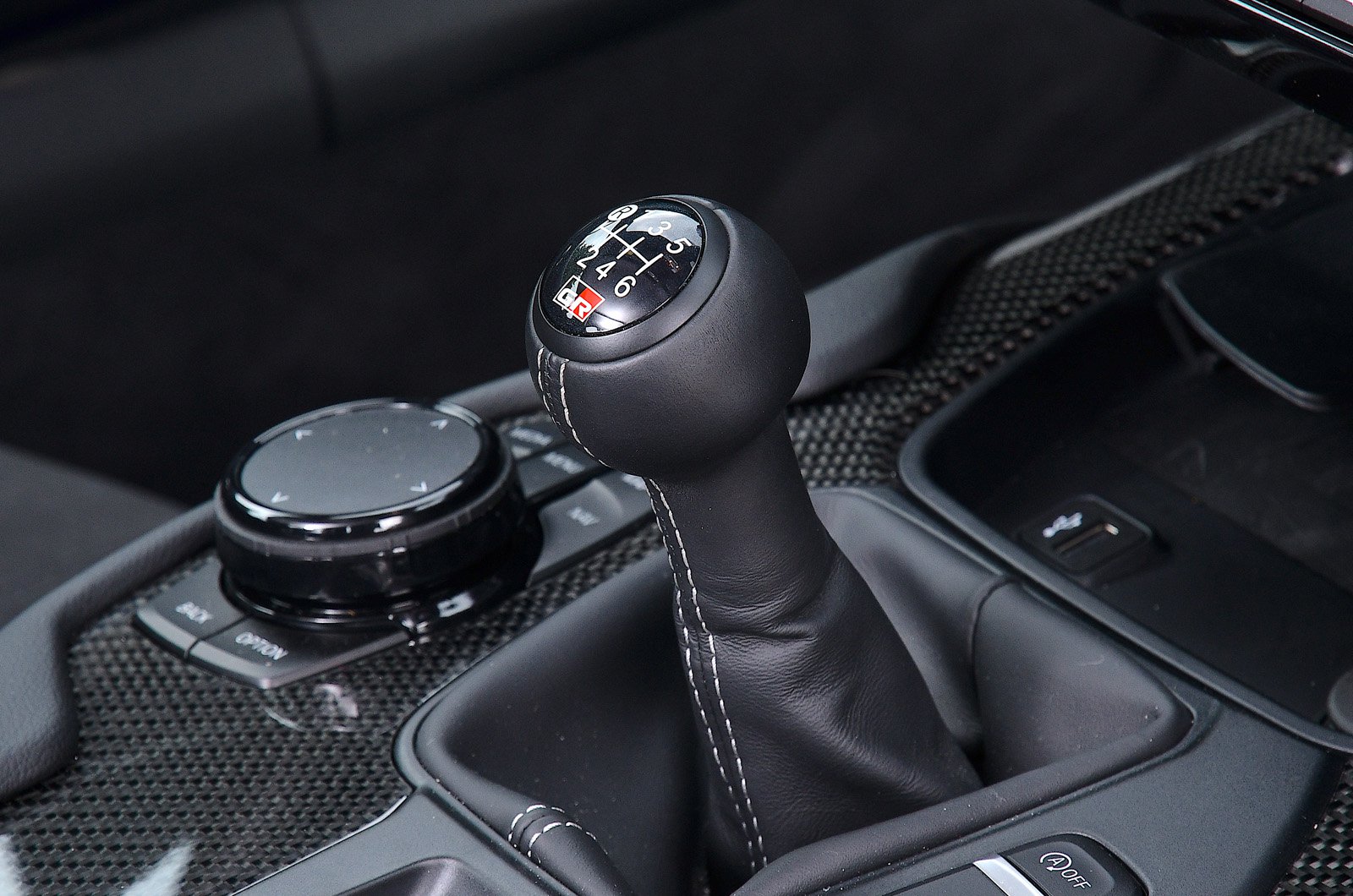 The clutch pedal requires a hefty press with your left leg and there's also a rev-matching ‘shift assist’ function as standard, which helps smooth out downshifts as you brake to slow down. You can turn it off altogether in the Individual drive mode if you’d rather do it yourself with the pedals.

The GR Supra now comes with mildly tweaked suspension and steering to tighten up handling, but you’d be hard pressed to notice in everyday driving. The Supra still handles neatly, with little body lean in the corners, but it encourages a more effortless approach when threading through bends than lighter, mid-engined rivals. 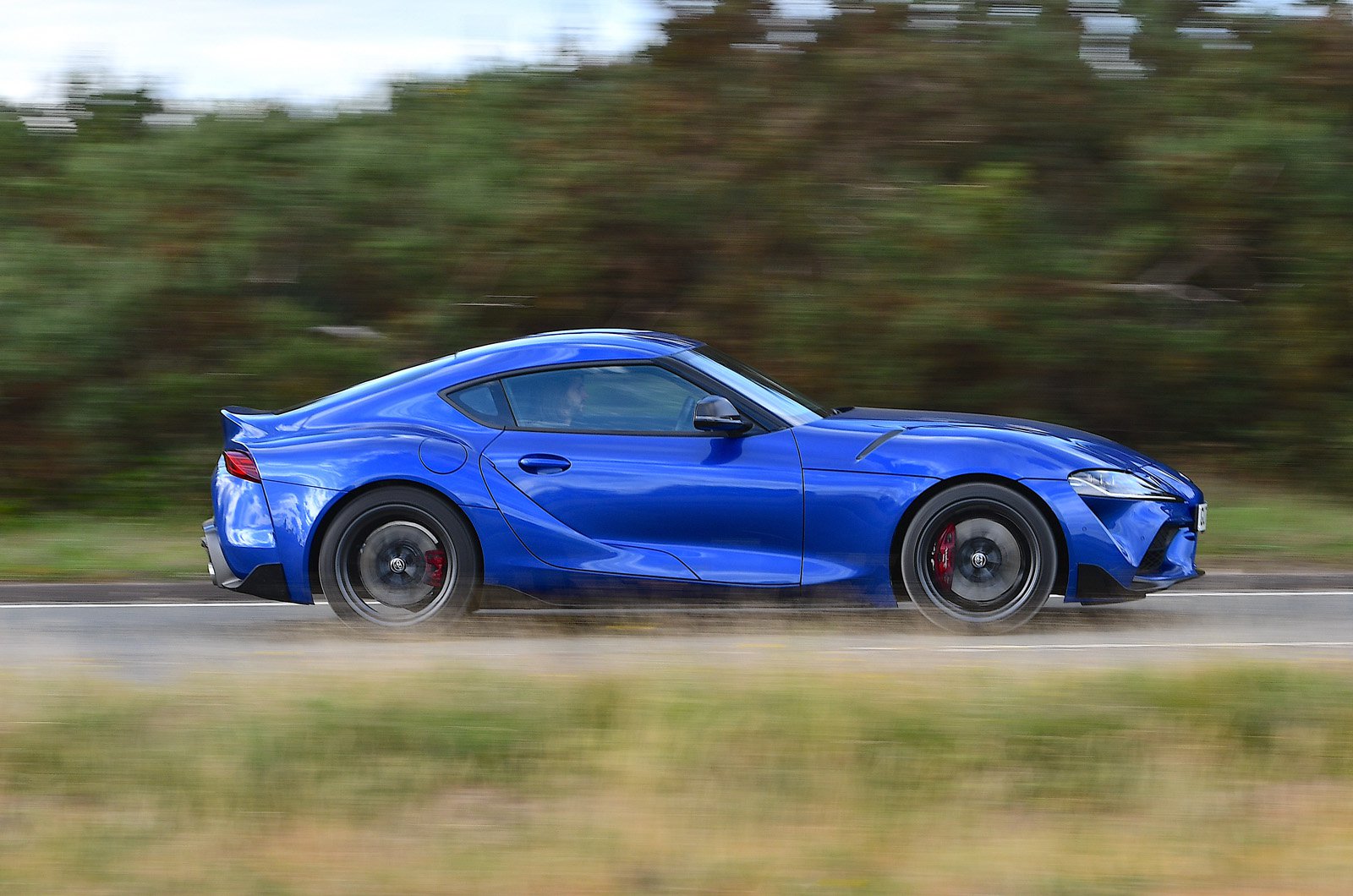 The Alpine A110 and Porsche 718 Cayman feel much more agile and balanced when it comes to grip and changing direction, while the GR Supra is a little less focused carrying speed through corners. Its playful set-up seems to want to break traction at the rear wheels more eagerly, which is fun when you’re in the mood, but slightly tricky when you just want to press on, especially in wet weather.

The GR Supra MT is otherwise like every other model in the range, feeling more like a junior GT car. While there's plenty of road noise on the motorway, the front-mounted engine means it's more hushed than its rivals, which are mid-engine with a constant whirr behind your ears. 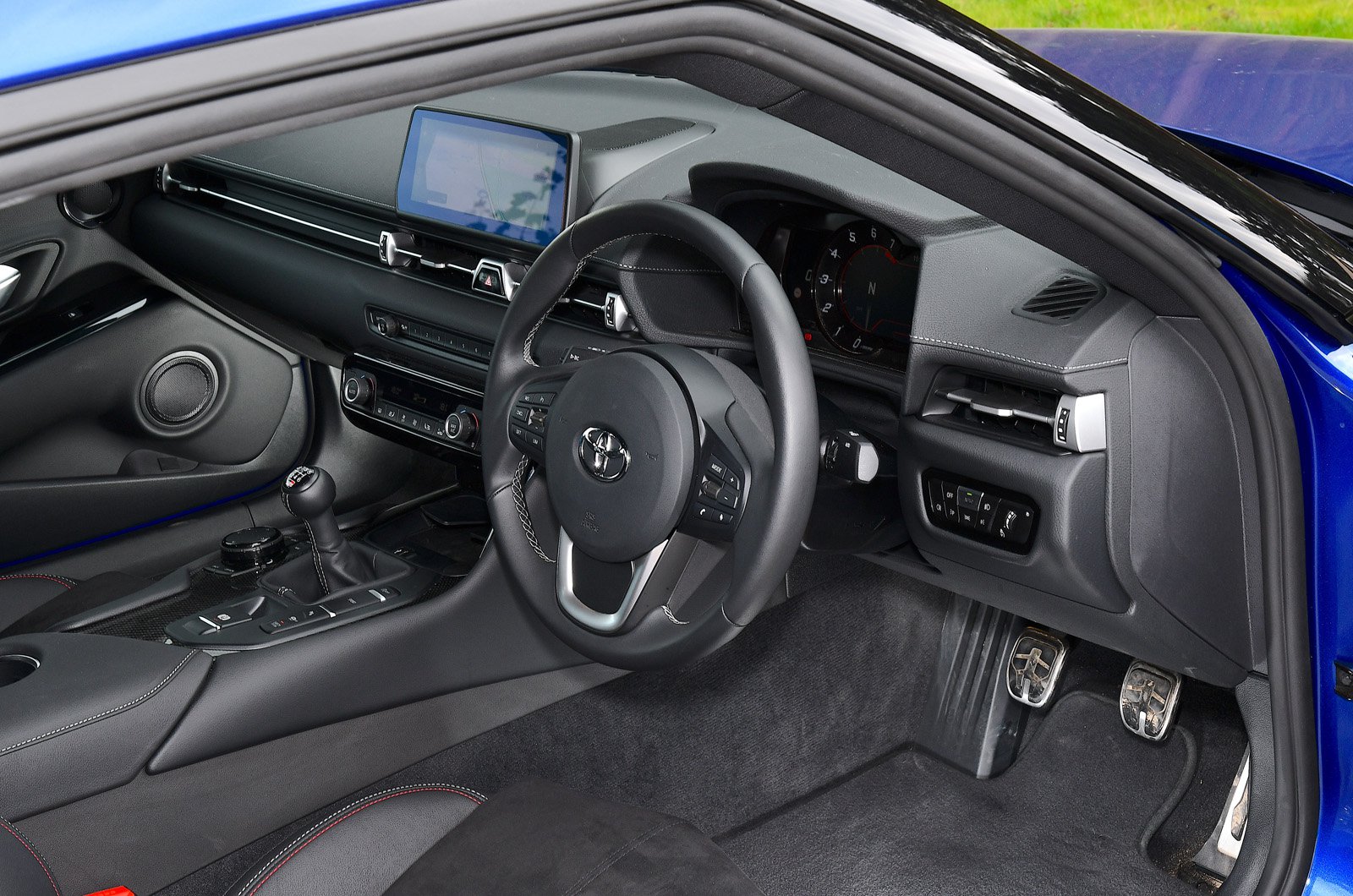 The interior of the Supra MT is mostly identical to every other model in the range. That means it's more useable than the A110 and the Cayman, with more passenger and boot space. It also has a brilliant infotainment system (based on BMW's rotary dial controlled iDrive set-up).

The biggest difference is on the centre console. Obviously, there's now a manual gearlever in place of an automatic one, but you also notice that the infotainment dial and driver controls are more spread out to make way for it. That's had little effect on ease of use, thankfully.

The manually adjustable fabric seats are comfortable and wonderfully supportive. In fact, some people might even prefer the more grippy material over the standard leather ones on the 3.0-litre automatic version (you can read more about that car – including its interior – in our full Toyota GR Supra review).