The fully electric Lotus Eletre is the brand’s first ever SUV, delivering almost 900bhp and a range of up to 373 miles...

Whether it’s Blockbuster, Blackberry or maybe a brand that doesn’t begin with a B that first springs to mind, we can all name examples of companies that failed to move with the times, and went out of business as a result. The new Lotus Eletre is intended to ensure that its maker doesn’t join that list.

By their very nature, SUVs are comparatively heavy vehicles, while electric SUVs are heavier still, making them a complete contrast to the lightweight sports cars that Lotus has traditionally specialised in. And yet the simple fact is those sports cars sell in minuscule numbers.

It’s not hard, then, to see why moving into the booming electric SUV market appeals to Lotus. But the question is will it be able to compete? 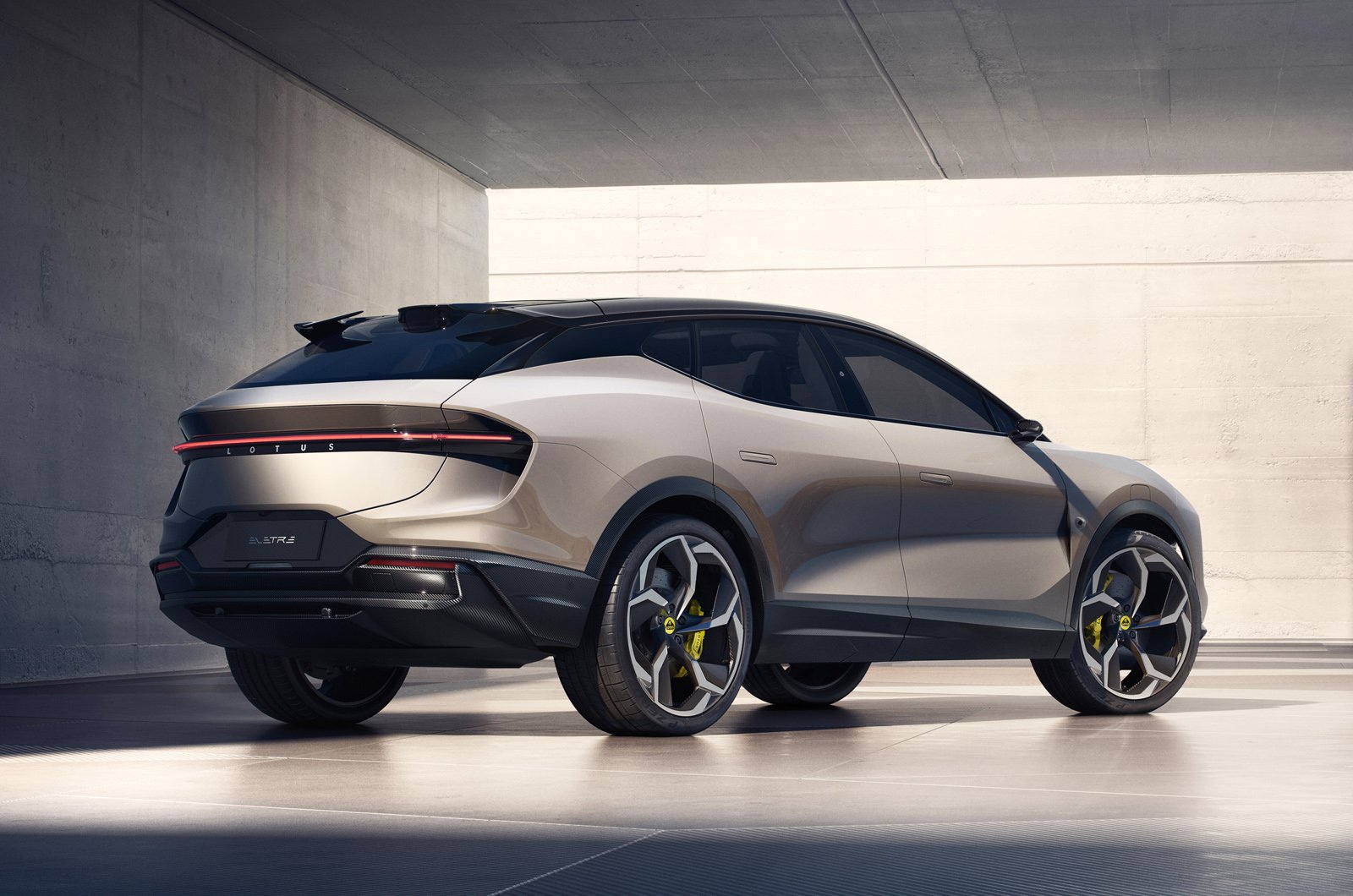 Well, a price of £89,500 for the entry-level version (simply called the Eletre) is roughly in line with what you'll pay for an Audi E-tron S or a Porsche Taycan Cross Turismo 4S. And yet the Eletre is the most powerful of the three, with 595bhp to the E-tron's 496bhp and the Taycan's 563bhp.

On the other hand, despite its power advantage, the Eletre can only match the 4.5sec 0-62mph time of the E-tron S and falls short of the 4.1sec figure of the Taycan Cross Turismo 4S, suggesting it might be heavier than both. 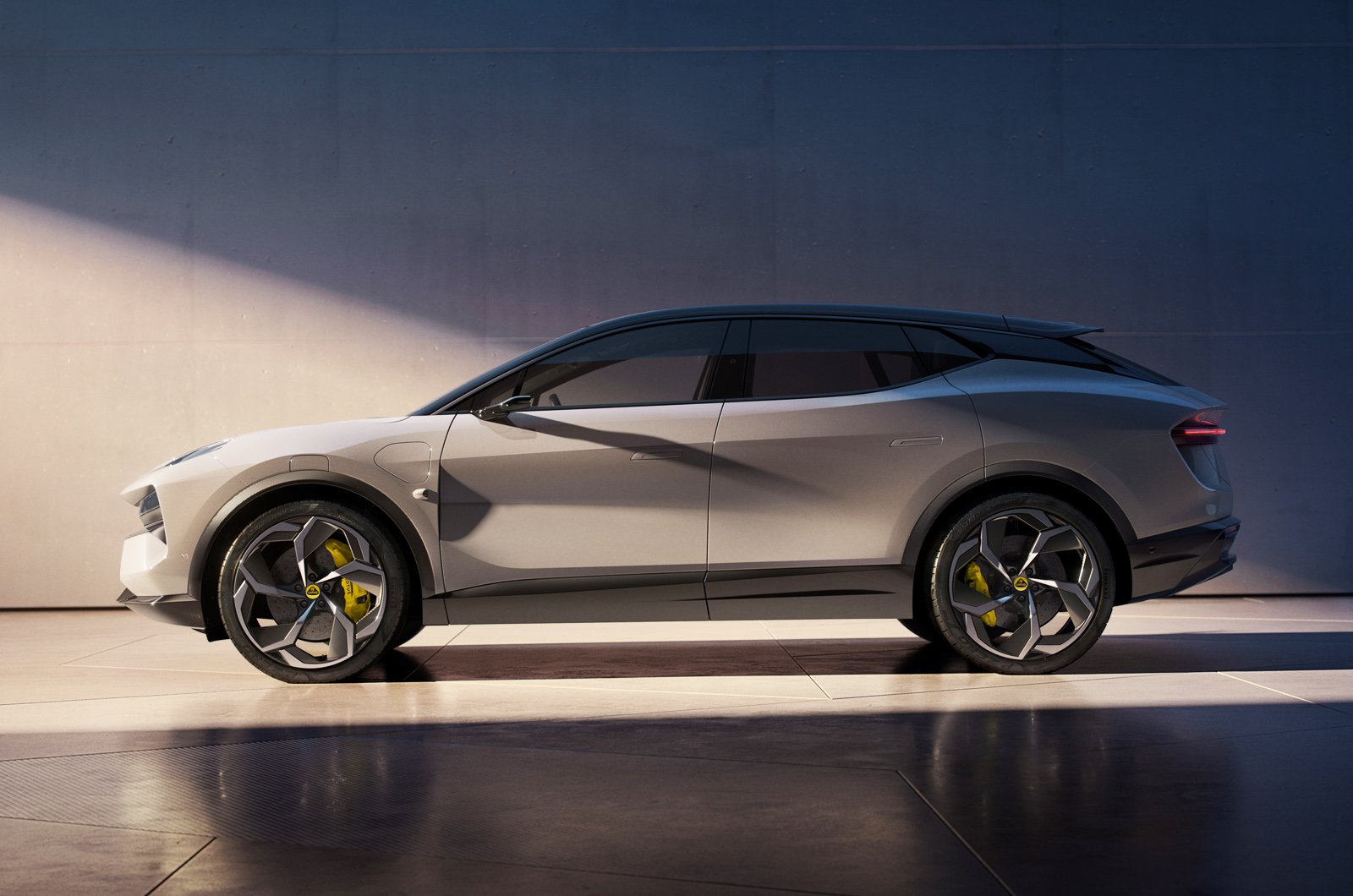 The final Eletre variant is the S, which has the same power and performance as the entry-level car, but comes with a longer list of standard features, including privacy glass, configurable ambient lighting, soft-close doors and a 2160-watt, 23-speaker KEF audio system.

Whichever Eletre you go for, you get a 112kWh battery, which is enough for an official range of 373 miles in the Eletre and Eletre S, while the R manages 304 miles. By comparison, the Taycan Cross Turismo offers 304 miles as a 4S and 285 miles as a Turbo S, and the E-tron S manages just 222 miles. Charging the Eletre's battery from 10-80% can take as little as 20 minutes.

So far so encouraging, but can Lotus really hope to compete with the likes of Audi and Porsche when it comes to interior quality? This is, after all, an area where it has always struggled, and the truth is we won’t know for sure until we’ve actually sat in the Eletre. However, its interior certainly appears to be a lot more sophisticated than anything the brand has offered before. 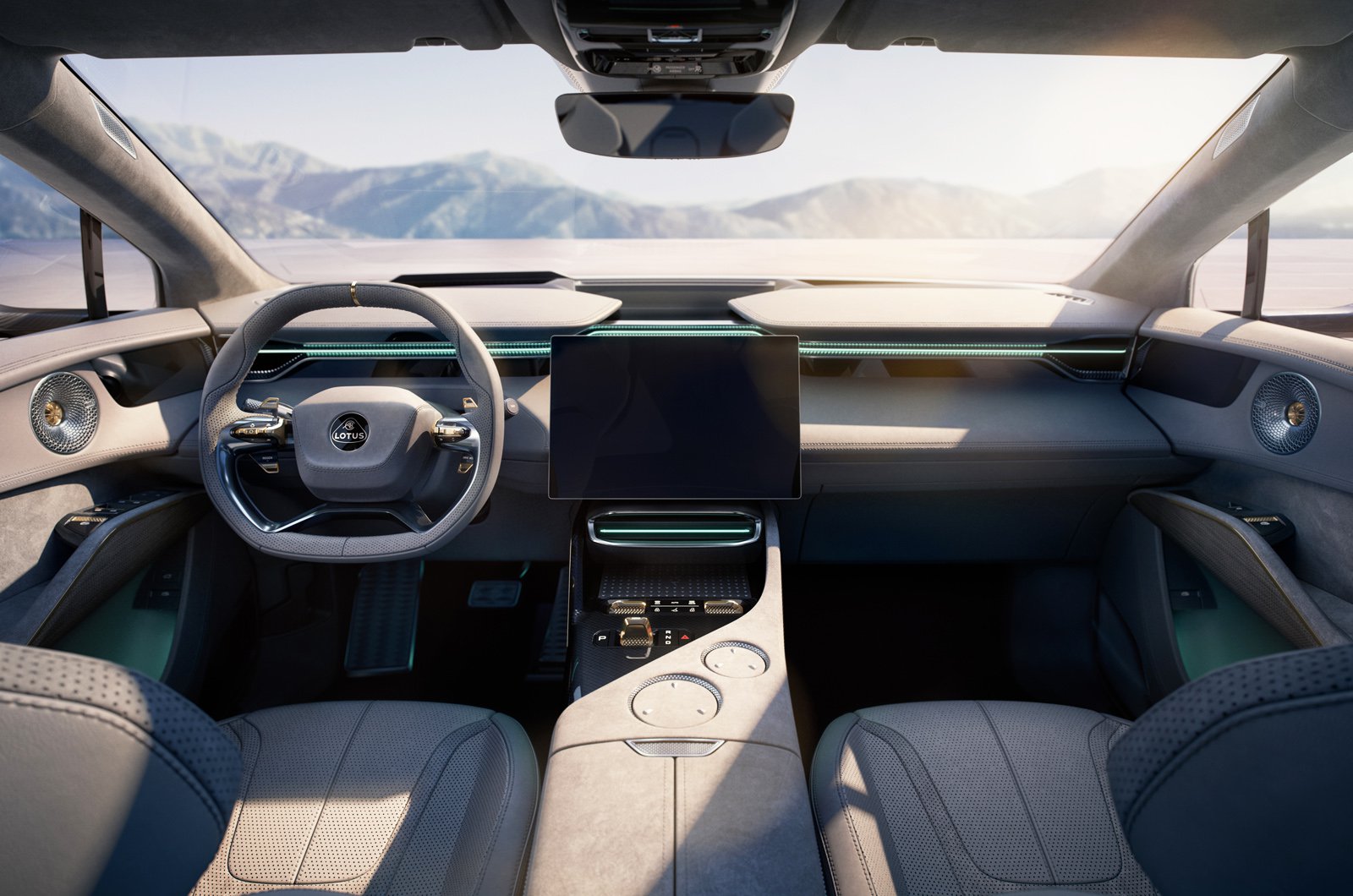 Below the instrument panel you find a blade of light that changes colour to communicate with occupants; for example, if a phone call is received.

Meanwhile, the 15.1in touchscreen in the centre of the dashboard automatically folds flat when not required. And although everything can be controlled via this screen or voice control, there are also traditional switches for the climate control.

Perhaps most intriguingly of all, a camera in the dashboard observes where the driver is looking and adjusts screen brightness accordingly. For example, the door mirrors have been replaced with cameras, with the screens that these are linked to set at 50% brightness until the driver looks at them to avoid unnecessary distraction. 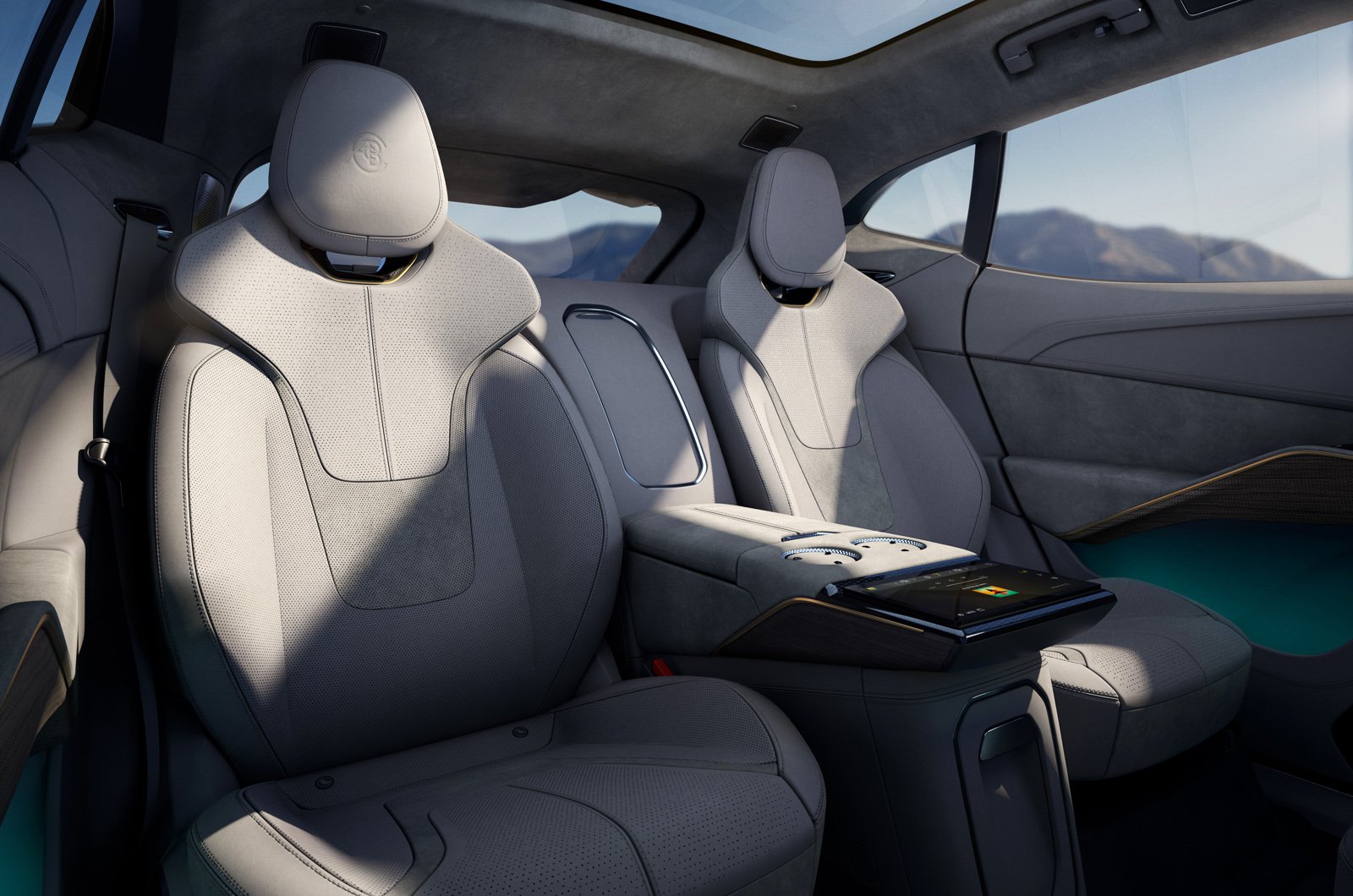 In a sign that Lotus hasn’t forgotten its weight-saving roots, the seats and parts of the dashboard are trimmed in a wool-blend that’s said to be 50% lighter than traditional leather. Plus, the hard surfaces are made from genuine carbon fibre and the central part of the upper dashboard has been left off entirely.

Buyers will be able to choose from the four-seat layout in our pictures, or a more traditional five-seat interior. And Lotus says the combined boot and under-bonnet storage will exceed the luggage capacity of the Taycan Cross Turismo.

There’s an elephant in the room, though, and it’s the new electric Porsche Macan, which is due to go on sale around the same time as the Eletre. Specifications – and indeed pictures – of this are still to be revealed, but it should be quite a twin test when the moment comes.