Alfa Romeo's new family saloon has been revealed, and will go on sale in the UK next September... 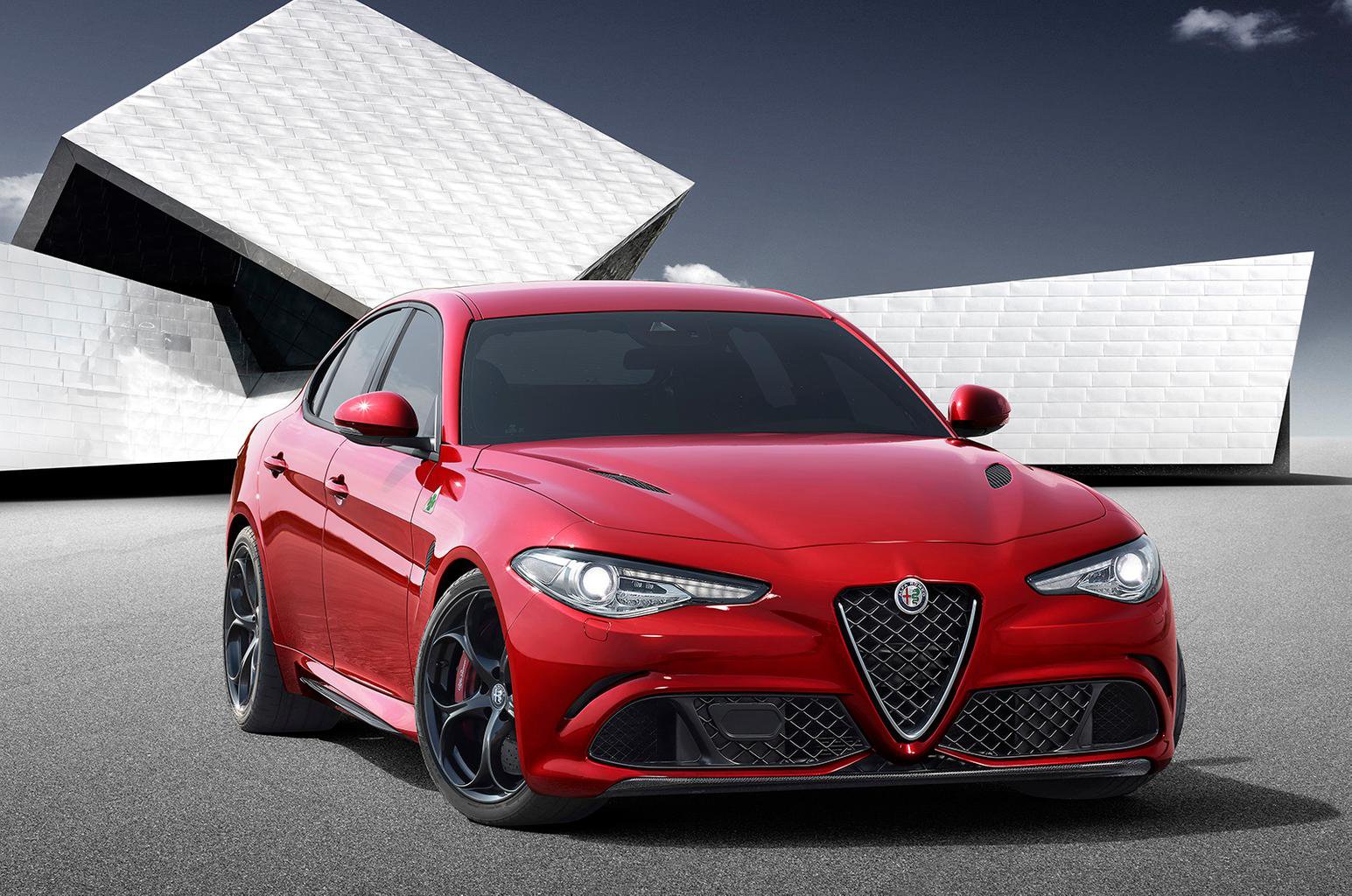 The Alfa Romeo Giulia is the company's long-awaited replacement for the 159 saloon and heralds the brand's return to the family saloon segment. It will go on sale in the UK next September.

The Alfa Romeo Giulia is a rear-wheel drive saloon that will take on the likes of the Audi A4, BMW 3 Series and Mercedes-Benz C-Class.

It features a carbon and aluminum construction, which aims to keep weight down to improve performance and efficiency. Only the top-of-the-range Quadrifoglio version has been revealed so far, which comes with short overhangs front and rear, and a long bonnet.

The interior also features materials such as carbon fibre and real wood, which Alfa says have been chosen for their tactility.

The arrival of the Giulia also heralds the debut of a new logo for Alfa Romeo.

The only engine that has been confirmed for the Giulia so far is a six-cylinder 3.0-litre V6 petrol engine, developing 503bhp that will go into the range-topping Quadrifoglio model. It will take the Giulia from 0-62mph in 3.9sec. Alfa also says that the aluminium unit offers electronically-controlled cylinder deactivation to improve fuel efficiency.

The Giulia will also offer several engines from the rest of the Alfa Romeo range, including the 235bhp 1750cc petrol engine from the 4C sports car. This engine is capable of 0-62mph in just 4.5 seconds in the 4C and is set to offer a decent level of performance in the Giulia.

Most of the equipment confirmed on the Giulia so far relates to its performance and includes things like an Active Aero Splitter to manage downforce and provide improved cornering grip at speed. A double clutch torque vectoring system sends power to each rear wheel individually depending on how much grip there is, and an Integrated Brake System offers what Alfa claims is 'record breaking stopping distances.'

The Giulia also comes with a DNA system, which should be similar to that on the likes of the Giulietta. It will be able to alter the throttle response, dampers, ESP and steering. DNA now stands for Dynamic, Normal and Advanced Efficient (rather than All Weather) while the high-performance models will also come with a Racing mode.

It also gets an all-new rear suspension system, and a steering setup that Alfa claims is the most direct on the market.

There is no word on pricing for the new Giulia yet, with more information expected closer to the car's launch next year.