Only one thing matters with the Bentley and the Range Rover: being transported in style. Do these cars fulfil the brief?... 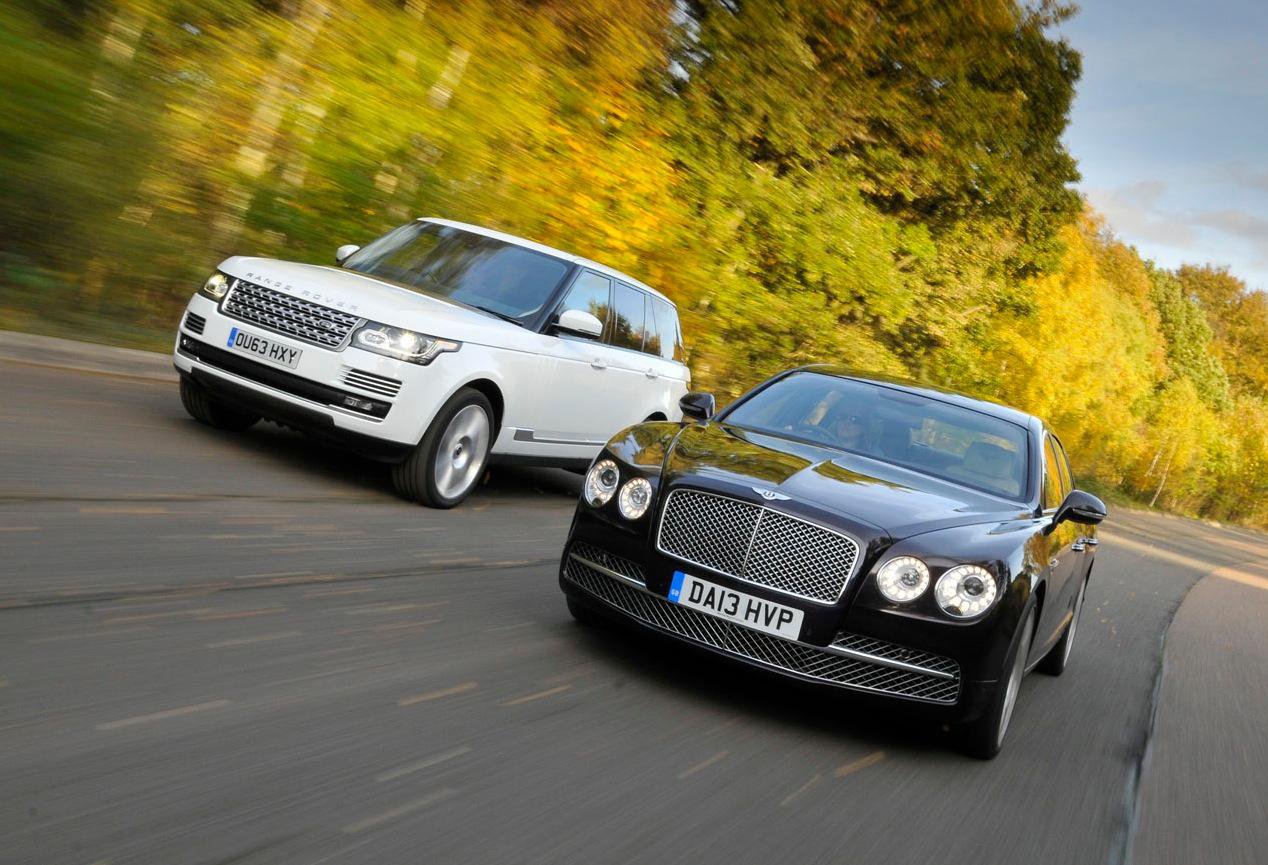 For most luxury car buyers, a Mercedes S-Class or a diesel Range Rover will more than suffice, but what if money really is no object? What if you want the best and don’t mind paying through the nose to get it?

That’s the sort of well-heeled customer Bentley is looking to impress with the new Flying Spur. It’s been engineered to address criticisms of its predecessor, with revised suspension, a new eight-speed automatic gearbox and better insulation for the cabin.

The question is, do you really need to spend the £140,000 that the Flying Spur costs, or does the range-topping Range Rover Autobiography do the same job (or an even better one) for a lot less?

The Flying Spur’s 616bhp W12 engine gives it enough pace to embarrass most supercars. It rockets away from a standstill, passing 60mph in 4.2 seconds before topping out at 200mph. That’s an astonishing feat for a luxury saloon that weighs the best part of 2.5 tonnes.

In fact, the Flying Spur is so heavy it makes the 2.3-tonne Range Rover look something of a bantamweight. This big SUV has considerably less power at its disposal (503bhp), so performance isn’t quite as ballistic, but it’ll still out-accelerate a Porsche Cayman and hit 140mph.

Come to a corner, though, and the Range Rover simply can’t mask its considerable height. Its nose pitches forward more under heavy braking, and there’s a lot more body sway through tight turns. The Range Rover also has less grip, so while you’d hardly describe the Flying Spur as agile or that rewarding to drive, it can munch its way along a country road at a much faster rate.

For the majority of buyers, though, comfort and refinement will be the priorities, and the Flying Spur has a clear edge here. It rides on relatively small 19-inch wheels, which help soak up bigger bumps very well. However, the ride isn’t quite as settled as we’d like along patchy urban roads, and you feel every little imperfection through the steering wheel.

The Flying Spur’s lavish wood veneers, organ-stop air vent controls and hand-stitched hide seats punch home the old-money message, as does the analogue Breitling clock that takes pride of place on top of the dash.

However, given that Bentley has gone to such trouble to create plush surroundings, it’s a pity the switchgear feels so low-rent. Most of the buttons and knobs on the centre console would look shoddy in a Volkswagen Golf, let alone a £140,000 super-limo. The infotainment system is also disappointing; it has a dim screen and a rather unresponsive touch-screen interface.

Having said that, the touch-screen system in the Range Rover is even worse; it has a more convoluted menu system and is just as slow to respond. The majority of switches and knobs do have a more solid action than those in the Flying Spur, but while the cabin is tastefully trimmed in high quality materials, it can’t match the Bentley’s tailored feel.

It’s easy to get comfortable behind the wheel of either car, although they have very different driving positions. You sit relatively upright in the Range Rover, with a penthouse view of the road ahead and better all-round visibility. The Flying Spur, meanwhile, will appeal to those who prefer a lower-slung, more cocooned environment.

If you’re buying these cars to ride in the back, you’ll want the Flying Spur. Not only does it provide you with much more space to stretch your legs, it also has more comfortable and relaxing seats.

The Range Rover has the much bigger boot; the Flying Spur’s is shallower, although it’s still big enough for a couple of medium-sized suitcases.

Even wealthy folk will raise an eyebrow at the extra £42k it costs to buy the Flying Spur.

The Flying Spur adds electric rear window blinds and a removable touch-screen for rear passengers, which allows them to adjust the temperature in their corner of the car.

The Range Rover has a heated steering wheel, a TV tuner, a rear-view camera and adaptive cruise control as standard. These are all expensive options on the Flying Spur.

The new Flying Spur isn’t without its flaws; it doesn’t ride as smoothly as the best luxury cars and most of the buttons on the dashboard feel downright cheap. However, the Bentley blends supercar pace with limo refinement far better than the Range Rover, and isn’t that much more expensive to own after you’ve factored in depreciation.

VerdictFlawed, but the better luxury limo

VerdictStick with a cheaper diesel version