More for you |
Every 5-star car on What Car?Used test: Maserati Levante vs Porsche MacanNew issue of What Car? magazine on sale nowMost and least reliable small SUVsRevealed: the car makers whose discounts have got bigger since lockdown
Home
News
Car makers agree to new safety systems
news 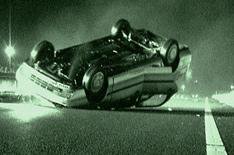 Eleven major motor manufacturers have agreed in principle to support mandatory new electronic back-up systems for cars in an effort to prevent cases of unintended acceleration like those that prompted Toyota to recall 8.5 million vehicles for safety checks.

Safety systems after Toyota's troubles
The companies, led by Toyota and America's 'big three' of Chrysler, Ford and General Motors (GM) will endorse brake-override systems and black-box recorders. Law makers in America have been calling for both in the wake of the Toyota recall, and also want a centre for vehicle electronics and emerging technologies to be established to assess the impact of the ever-more-complicated features being incorporated into modern cars.

Another group representing 15 manufacturers which also includes Toyota has said it does not oppose the measures being proposed, but wants adequate lead time to introduce them.

Toyota blamed misplaced floor mats and sticking accelerator pedals for the reported cases of unintended acceleration in its vehicles, but many electronics experts believe interference with cars' increasingly complex electrical systems either from outside or within the car itself is to blame.

Brake override
A brake-override system would mean that the brakes would always take precedence over the accelerator. So, even if the car was accelerating when the driver did not intend it to, it would slow down as soon as the brake pedal was pressed. This would overcome unintended acceleration regardless of the cause, say American law makers.

Toyota, GM and Mazda are among the manufacturers who have said they will make brake override systems standard on their cars from 2013.

'Black box' to store crash details
The black box recorder proposed would store data for the 60 seconds before a crash and the 15 seconds afterwards far more than the devices currently fitted to cars, but much less than those in aircraft. However, airline black boxes are said to cost around $22,000 (15,000) each the price of some small cars.

Car makers are worried that America's National Highway Transportation Safety Administration might try to get tough and insist on airline-standard black boxes, a move they would oppose.