The best convertible should allow its driver to enjoy open-top thrills when the weather permits, but still be comfortable and engaging on those occasions when the sun isn’t playing ball. Thankfully, the BMW 4 Series Convertible is truly a car for all seasons.

Sharing its underpinnings with the class-leading BMW 4 Series Coupé, the drop-top is far more than just a boulevard cruiser. With terrifically precise steering and little of the body flex that can afflict some convertibles along uneven roads, it feels more agile and pleasurable to drive than four-seat rivals such as the Ford Mustang Convertible and Mercedes C-Class Cabriolet. And when it’s equipped with the adaptive suspension that comes as part of the highly recommended
M Sport Pro Pack, you can stiffen up or soften the ride to suit the type of driving you’re doing, the 4 Series Convertible being suitably cosseting when you select Comfort mode. 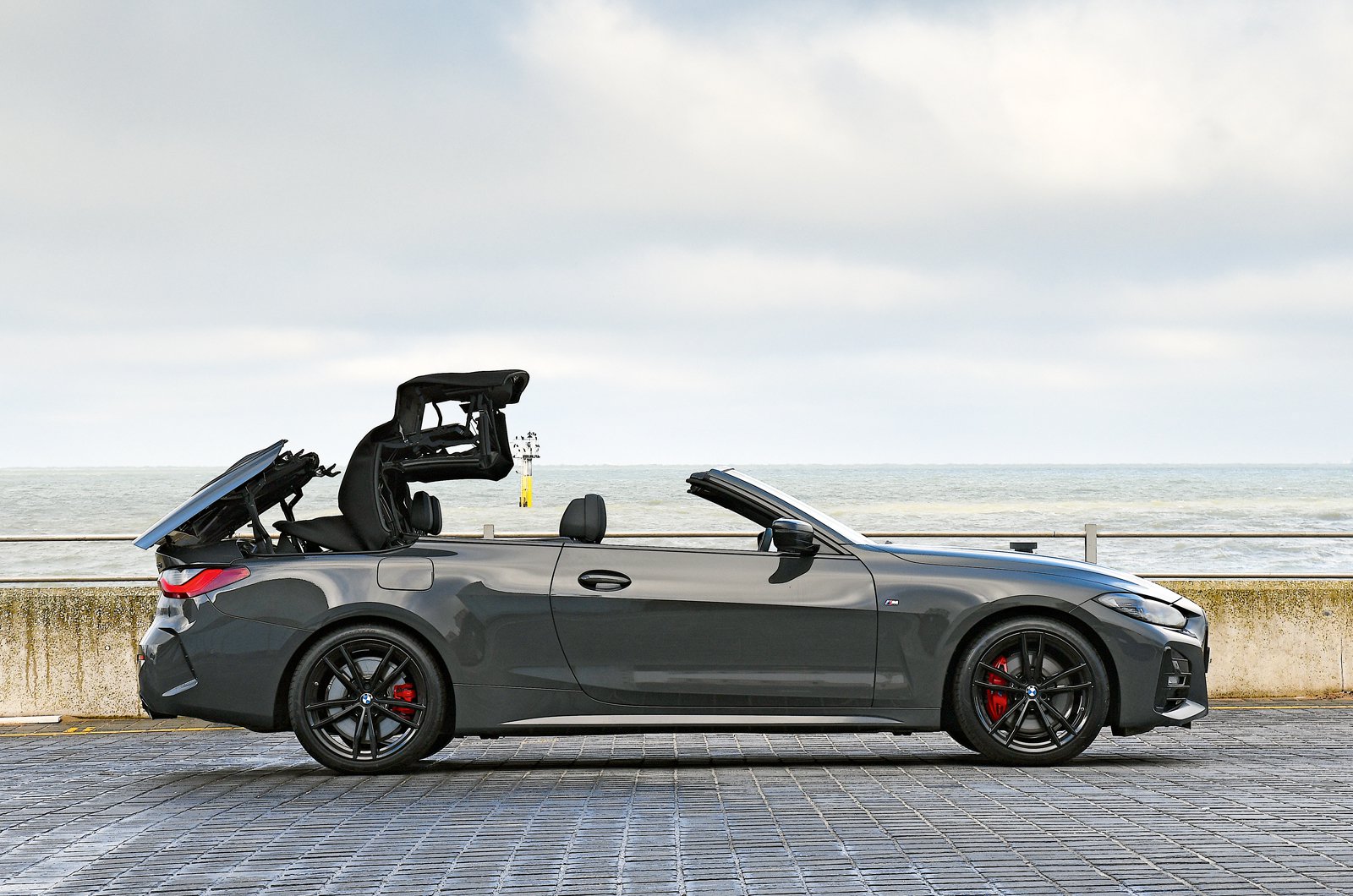 When the roof is up, the 4 Series does a fine job of keeping wind and road noise at bay at motorway speeds. And when it’s tucked away under its cover, you’re well protected from air turbulence around your head and body, while warm air can be directed around your neck from vents in the front seats.

Inside, the 4 Series is classier and more robust than the Mustang and C-Class, plus its infotainment system is slicker and easier to use on the move than any rival’s. Usability is another 4 Series strength, with more rear seat space (roof up) than most other four-seat drop- tops, plus a boot that’s capable of swallowing more than just a soft overnight bag or two.

Although the six-cylinder engines that power pricier versions are lovely things, our pick of the line-up is the entry-level 2.0-litre four-cylinder petrol, because it offers gutsy enough performance to meet most buyers’ needs while keeping running costs sensible. 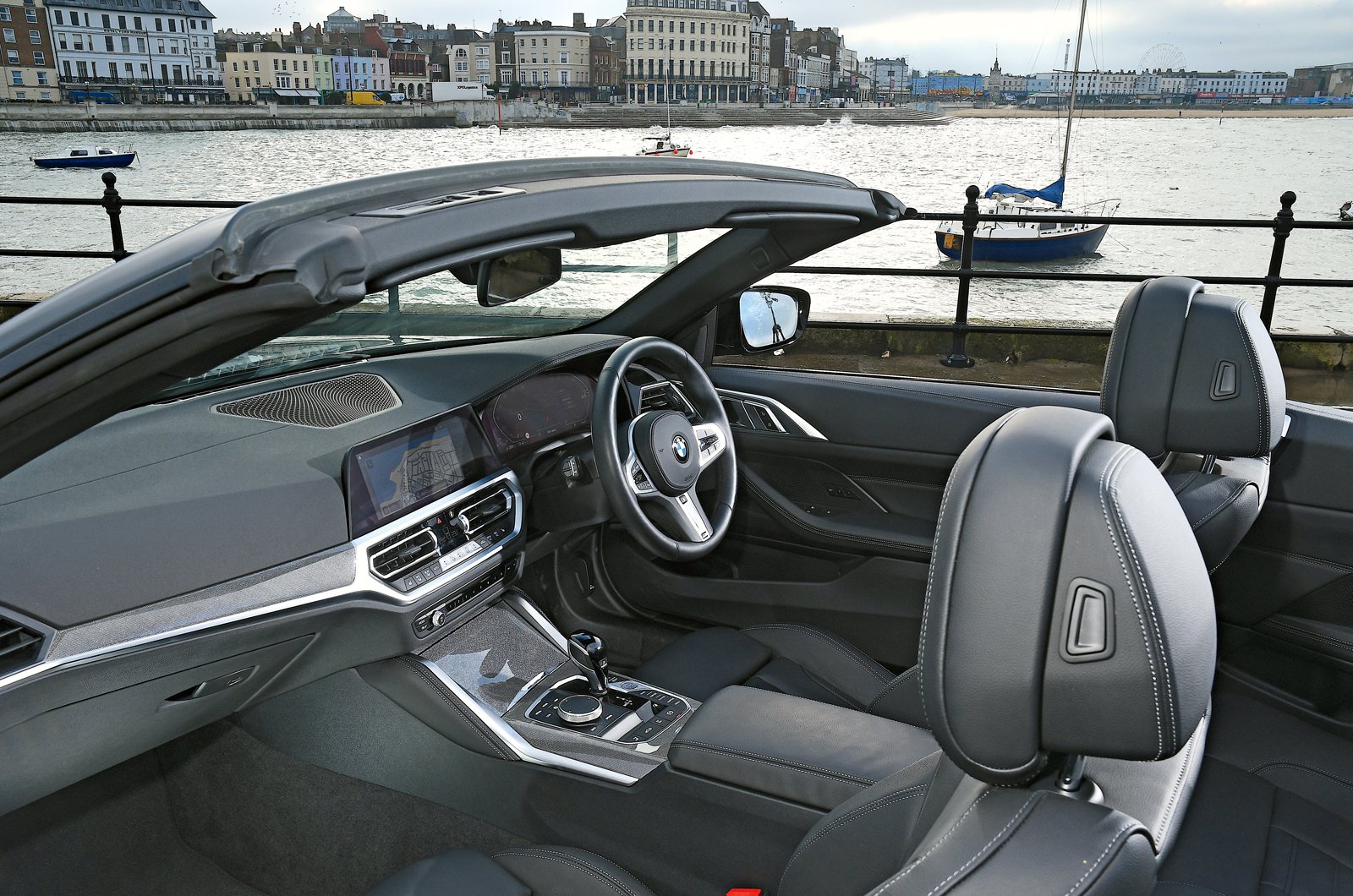 The 4 Series Convertible is something of a bargain next to its rivals, too. Not only is its starting price lower than those of the Mustang and C-Class, but it also comes loaded with luxuries such as heated leather seats and three-zone climate control.

Some drop-tops are in their element only in idyllic conditions – but the 4 Series Convertible isn’t one of them. With very few compromises, it can be used effortlessly all year round.

Car of the YearBest convertibles