* Trial scheme launched in London * Registered keeper of car will be fined * Scheme could go nationwide... 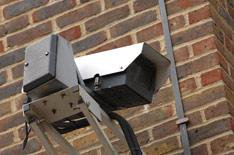 The Government could give local councils the power to use CCTV footage to track down and fine motorists who throw litter from cars.

A pilot scheme will begin in London this summer. The registered keepers of vehicles will get fixed penalty notices through the post if anyone in their car is caught littering on camera.

If the scheme is taken nationwide, offenders would incur fines of 80, but wouldn't incur points on their driving licence.

• Meanwhile, the Campaign to Protect Rural England has launched a three-year 'Stop the Drop' campaign to discourage motorists from throwing litter from their cars.