More for you |
What Car?'s top 10 used electric cars (and the one to avoid)10 most unreliable SUVsWhat Car?'s best cars for less than £250 per monthGuaranteed discounts on our 2020 Award winners - save up to £19,366Skoda Kamiq long-term test review
Home
News
Change in standards for driving licences
news

Change in standards for driving licences 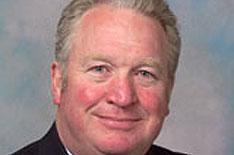 Proposals for new medical rules for driving licences would make the eye test easier and change the rules for motorists with epilepsy or diabetes.

The eye examination would become slightly easier under the proposals, with a reduction in the distance of the test from 20 to 17.5 metres.

Motorists with recurrent severe hypoglycaemia and/or impaired hypoglycaemic awareness would no longer be issued with licenses or considered for them.

Road safety minister Mike Penning said: 'We must make sure that only those who are safe to drive are allowed on our roads, while at the same time avoiding placing unnecessary restrictions on people's independence.'

The DVLA is consulting on the changes until April 28.