Did you buy to avoid the 25 charge?

* Let us know your thoughts * Did proposals sway your car-buying plans? * Do you think you should be compensated?... 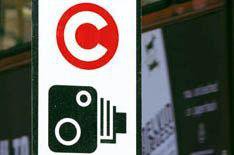 However, in recent months there has been a surge in sales of low-emission vehicles, with many buyers attracted by the prospect of lower VED road tax rates and reduced running costs. Those in or around London may also have been attracted to them because they could avoid the 8-a-day Congestion Charge.

Are you one of these people? What do you think about Johnson's decision to scrap the plans, which were due to come into effect in October?

Alternatively, perhaps you were put off buying a higher-emitting vehicle - cars that emitted more than 225g/km of CO2 were due to be hit with a 25-a-day Congestion Charge.

Finally, the High Court has ordered Transport for London to pay the legal costs of Porsche, which had launched legal action against the decision to penalise higher-emitting cars.

However, if you have bought a car in anticipation of the changes, do you think you, too, deserve compensation?

Email us your thoughts by clicking here