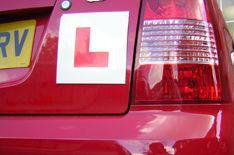 Transport Secretary Ruth Kelly has unveiled a series of measures aimed at cutting road injuries and deaths among young drivers - but has shied away from raising the driving age limit to 18 or introducing graduated licensing that puts greater restrictions on new drivers.

Instead, a foundation course in safe road use for under-17-year-olds will be piloted in schools and colleges in Scotland from this autumn. This will lead to a qualification that will be made available across Great Britain from next year.

What new drivers will be taught
The course, for 14- to 16-year-olds, will be run to a set syllabus that will set out the necessary steps to driving safely - beginning with the basics of car control and progressing to skills such as driving in difficult weather or at night.

It will also aim to enhance driver awareness, to help novice drivers predict the intentions of other road users.

In addition, the driving test will be revised to place less emphasis on mechanical manoeuvres. Candidates' ability to drive independently will also be assessed, as will their awareness of road safety issues.

A series of post-test driving courses will also be set up, with the Government hoping that employers and insurers will recognise the qualifications given.

The hope then is that drivers will be encouraged to take the tests by the prospect of better jobs and lower insurance premiums.

In addition, driving instructors will also be given star ratings, and additional training to ensure that they are promoting safe driving techniques.

The Government view
Ruth Kelly said: 'Too many new drivers are involved in road accidents and are not properly prepared for driving alone. It is time for a new approach to learning to drive.

'We must make sure that novice drivers are safe drivers when they have passed their test. We must also create an expectation of life-long learning, so that people continue advanced learning after their test.

'Those who undertake extra training will not only be safer drivers, but will have the added incentive of a financial reward in terms of lower insurance premiums.'

The counter-arguments
The changes announced by Kelly are less far-reaching than originally proposed.

Road safety groups and the Commons Transport Select Committee had been pressing for a lower alcohol limit for novice drivers, a ban on them carrying young passengers late at night and raising the driving limit to 18.

Cathy Keeler, head of campaigns at Brake, said: 'It would be a huge mistake not to have post [test] restrictions because there is compelling evidence that they save lives.

'There could be reasonable exemptions for young people who needed to drive children, but our roads would be much safer if there were limits on the riskiest types of driving for one or two years after passing the test.'

The statistics
Road deaths and serious injuries have fallen by 33% since the mid 1990s, but the casualty rate for young drivers has not changed.

One person in every five has an accident within six months of passing their test, and another 70% report near-misses in the same period.

Newly-qualified drivers and their passengers account for one in five of all car deaths in Britain.