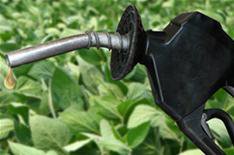 The European Parliament has voted to lower its target of ensuring that 10% of transport fuels come from renewable sources by 2020, as concerns mount about the impact of biofuels.

Earlier this week, the UK Government signalled it would cut back on its use of biofuels in the wake of new scientific evidence about their sustainability and impact on food prices.

Now the European Parliament's environment committee has supported a plan to curb the EU target for renewable sources in transport to 4% by 2015.