The new Audi SQ5 performance SUV gets a twin-turbo V6 petrol engine. Let’s see how it fares against a Mercedes-AMG GLC 43 from the same mould...

Range-topping GLC packs an even bigger punch than the SQ5 and costs less to buy.

It’s funny how things come full circle. A decade ago, if you wanted a fast SUV it simply had to have a whacking great petrol engine. But just a couple of years back, you’d have been viewed as very eccentric if you opted for anything other than diesel power.

Well, diesel may not be completely off the menu at the moment, but it’s certainly a less appetising proposition than it has been for a long time. And that probably explains Audi’s decision to swap diesel for petrol power in its new high-performance SQ5. The 3.0-litre turbocharged V6 under the bonnet pumps out a formidable 349bhp and yet still promises a respectable 34mpg.

The Mercedes-AMG GLC 43 is an SUV very much in the same mould. However, its 3.0-litre turbocharged V6 packs an even bigger punch (362bhp), hinting at more eye-widening acceleration. And its sticker price undercuts the SQ5’s by more than £2000. 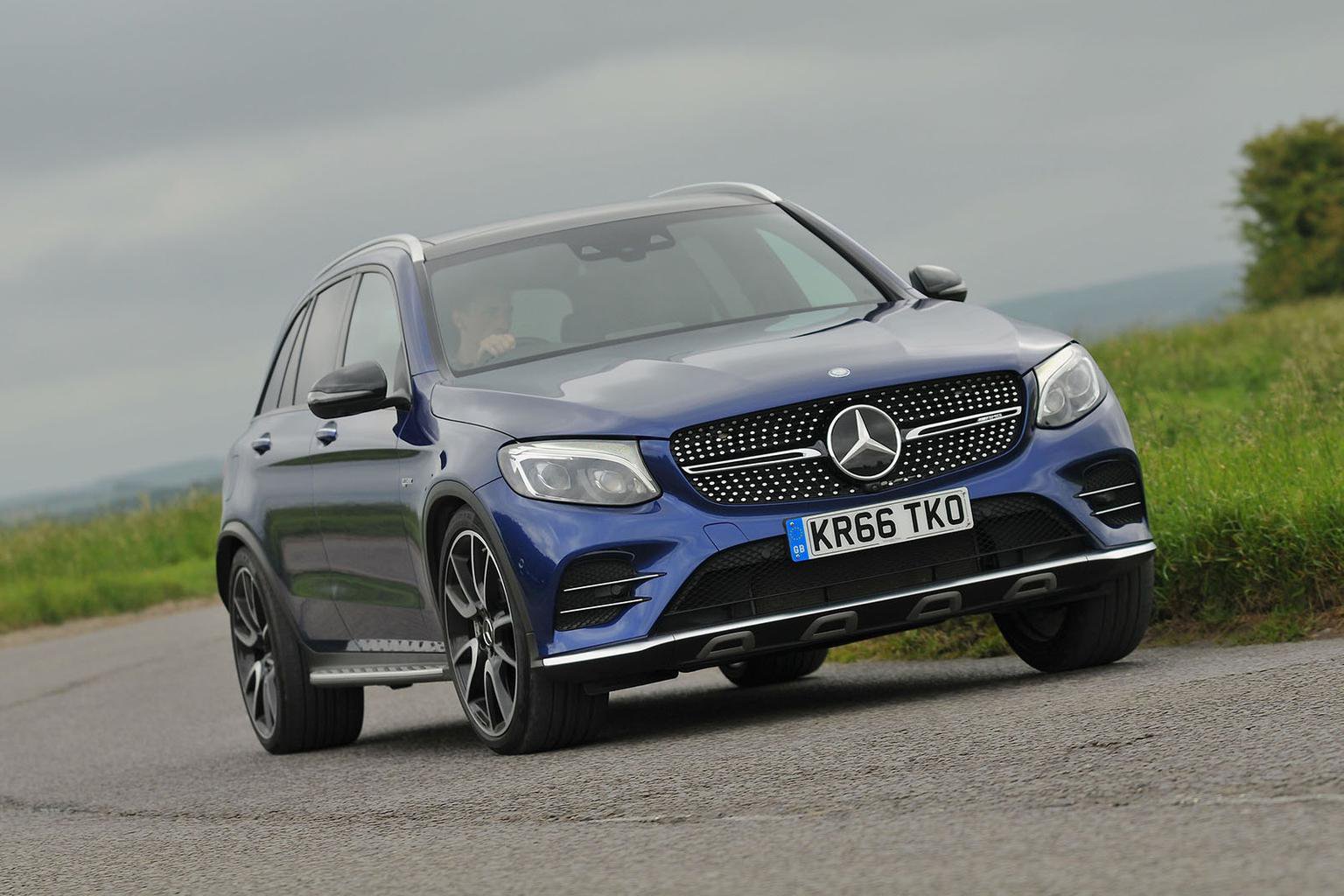 Curiously, despite being lighter and a lot more powerful than the previous diesel SQ5, this new petrol model is, by Audi’s own admission, slightly slower out of the blocks. ‘Slower’ is, of course, a relative term, because this is still a seriously quick car that we managed to launch to 60mph from rest in 5.4sec.

The GLC is quicker, though. Much quicker. It catapulted itself to 60mph in just 4.9sec and dishes out a bigger adrenaline hit when you put your foot down. Yes, that’s partly because it gives you a bigger shove in the back, but also because its engine howls away more evocatively.

The SQ5 doesn’t sound bad, but neither does it encourage you to squeeze your right foot at every available opportunity. If you’re thinking you wouldn’t be that churlish anyway, then the Audi is certainly the more peaceful option. But if that is your mindset, you’d be better off buying an altogether less performance-focused SUV.

You might have heard that modern sports SUVs handle just as well as sports cars. Well, the truth is, they don’t – although that’s not to say you can’t have fun on a country road. In fact, considering that both of our contenders weigh the best part of two tonnes, they go around corners remarkably nimbly. Which model is best depends on how quickly you’re going: when you’re just driving briskly, the GLC turns in sharply and feels stable, while its steering communicates surprisingly well. The SQ5 is composed but rather sterile by comparison. 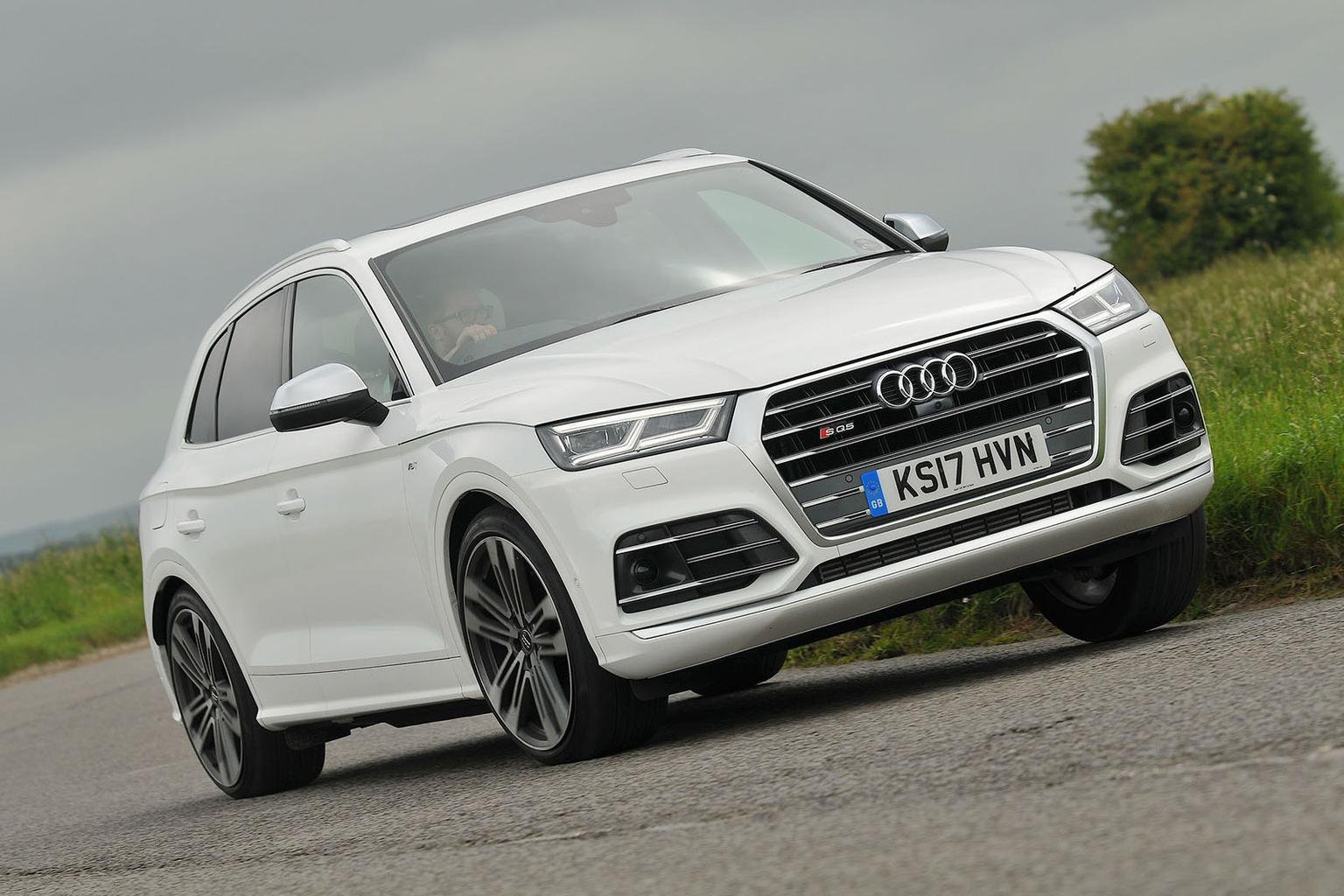 Push harder and the tables turn. You quickly realise the SQ5 has much more grip to exploit and its nose stays stuck resolutely to your chosen line at surprisingly high speeds. Meanwhile, the GLC begins to come unstuck: its nose feels heavier and its front tyres aren’t as eager to go where you’re trying to steer them. The car’s electronics are also too intrusive, holding back the engine’s power and stopping you from accelerating out of slower corners, allowing the SQ5 to romp away into the distance.

These two may be at the sporty end of the SUV pyramid, but that doesn’t mean you’ll want to suffer a punishing ride. Good news: you don’t have to – even if you can’t resist the optional 21in alloys, which both of our test cars came fitted with. Our SQ5 also came with air suspension (£1000) and was comfortable at all speeds and on all road surfaces. The GLC gets air suspension as standard but is firmer around town; you feel your head tossing from side to side over uneven surfaces.