New BMWs to get electronics upgrades 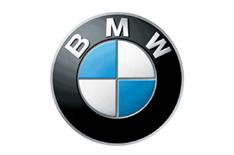 BMW is getting close to having a single range-wide set of electronics that will allow it to offer buyers more rapid upgrades in the car's cabins perhaps as frequently as every year that the car is on sale.

Dr Klaus Draeger, recently BMW board member for research and development and now the man in charge of the company's purchasing, revealed that the plan for a single set of core components is designed to allow the company to give more frequent updates to the displays, applications and interfaces in the cabin.

The new 7 Series, which goes on sale in September, is the latest model to get the new set-up. It means that of BMW's line-up, only the X5, X6 and X1 use differing 'bespoke' electronics.

Dr Draeger said, 'We all know that in consumer electronics, product lives are much shorter than they are in the car industry. How long do we keep a smartphone before it is out of date maybe 18 months or a year?

Yet a car can be on sale for six or seven years. We have been trying to find a cost-effective way of being able to upgrade our cars IT systems faster and we are almost there; Id say were at 85% now.'

Most new cars get a heavy facelift known as a 'mid-life' after about three years, or roughly half-way through their existence. However, Dr Draeger says that with a unified set of electronics across BMW's range, it should be able to offer much more frequent updates.

'It could even be possible on a model-year basis,' he said, before acknowledging that the move would also bring cost-cutting benefits to BMW because of the increased numbers of certain parts it can buy.

Dr Draeger also revealed that the next Mini, due towards the end of next year, will also use common electronics with BMWs. Currently the British-built hatchback has its own bespoke set-up, but Draeger said, 'It makes sense for us to have them all the same Mini, BMW and even Rolls-Royce. For example, the parking sensors can be the same, and what they tell the car can be the same, but if it's all our own system then we can give the final screen the part the owner sees a distinctive Mini look.'

The next Mini will share more than electronic parts with BMWs; it will also share its chassis with a new small front-wheel-drive BMW hatchback.