The Stelvio’s system gets off to a strong start by having a rotary controller between the seats, making it easier to use on the move than a touchscreen. The 8.8in screen is mounted high on the dash, so it’s reasonably easy to see at a glance, and the menus are mostly simple, but the graphics are fuzzy. Android Auto and Apple CarPlay smartphone mirroring are standard, while an upgraded Harman Kardon sound system is available for £950. 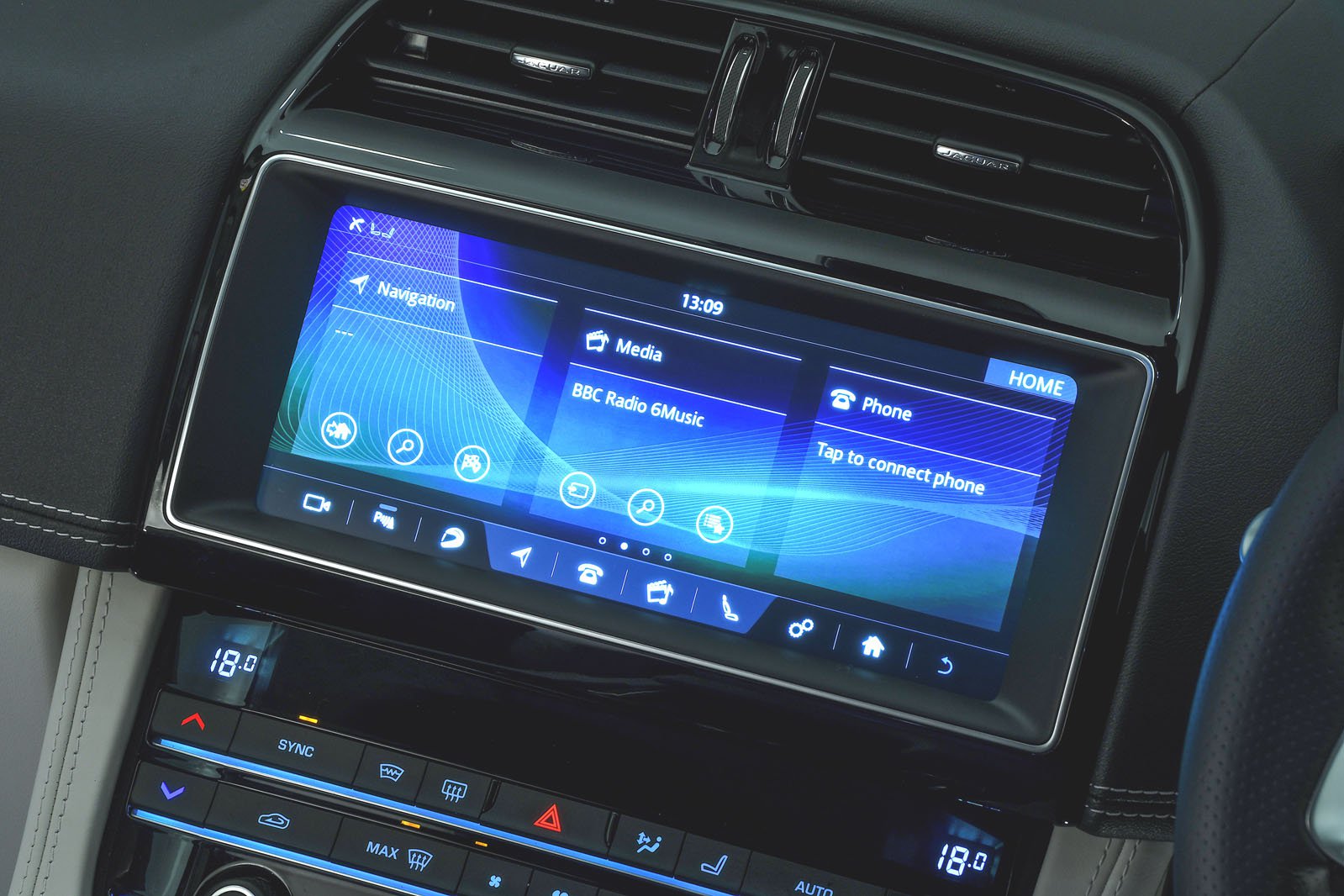 At 10.0in in size, the SVR’s screen is noticeably bigger, but it’s more distracting to use when you’re driving. Not only is it a touchscreen, but it’s also mounted lower on the dashboard, forcing you to take your eyes off the road for longer. Although it has better graphics, the system can be laggy and the menus aren’t particularly clear. However, smartphone mirroring for Apple and Android devices is standard. An upgraded stereo costs £580. 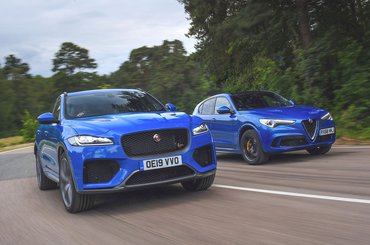 With a mighty V8 engine, the Jaguar F-Pace SVR has the firepower to take on Alfa Romeo’s award-winning Stelvio Quadrifoglio. Let’s see who makes the best posh sports SUV