* Porsche says sales could fall by 11% * New C-Charge due in October to blame * Dealerships also concerned... 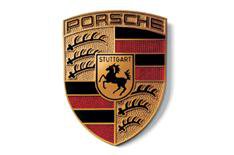 Porsche is worried that the introduction of the new Congestion Charge in London this October could have a dramatic impact on its sales.

The new Congestion Charge plans would mean that cars emitting over 225g/km of CO2 are charged 25 a day to enter the capital. Porsche says the charge is unfair and disproportionate, so it has applied for a judicial review to the High Court.

If Porsche doesn't win the judicial review, it fears its UK sales could drop by 11%. The figures were revealed in documents seen by the Telegraph newspaper.

Pendragon Premier, a high-end car dealer based in London, is also challenging the proposals. It says it will face 180,000 in higher congestion charge costs if the plans go ahead, forcing it to close.