More for you |
The best deals on our most in-demand carsThe best new car leasing deals on seven-seatersThe secrets of washing your car to perfection2021 BMW iX3 electric SUV revealed: price, specs and release dateShould I ditch my diesel-engined Porsche?
Home
News
Who favours limiters
news

ul>* Will you be driving your own car?* Government could control your speed* Tell us your views here... 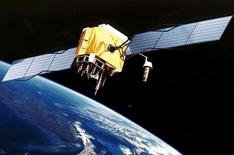 The CfIT/Motorists' Forum report also suggests there would be 'a substantial CO2 reduction' on roads with a speed limit of more than 60mph, with the potential for small reductions in urban areas.

The commission reckons the system would recover its set-up costs within 15 years.

Getting the public to accept and use a voluntary ISA system could be another matter. A whatcar.com poll found only 15% in favour of the idea.

Even the Institute of Advanced Motorists (IAM) one of the contributors to the Motorists' Forum has reservations, acknowledging concerns about 'Big Brother' tactics, the reliability of ISA systems and fears that people will simply start to drive foot-to-the-floor, knowing they can't speed, rather than at what is safe for the conditions.

'Drivers might adopt ISA devices if they promised that speeding fines, penalty points and loss of licence became things of the past,' the IAM says.

For now, at least, you're spared having to make the decision. The DfT says it would need to consult with everybody who would need to be involved to make sure a reliable infrastructure could be put in place before recommending such a scheme.

But if one day your car starts to decide how fast you can go, you'll know why.