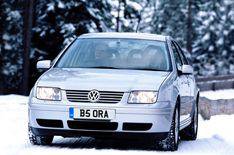 Thousands of young drivers risk cracking their windscreens by using hot water to clear ice rather than an old-fashioned scraper.

Three out of ten drivers aged between 19 and 21 use hot water to clear their screen, according to a survey by the car care company, Comma.

By contrast, less than one in ten drivers between 51 and 55 use hot water.

Young drivers surveyed said they use credit cards, fingernails, books and even CD cases rather than an ice scraper.