Although the e-208 is a relatively small car, even tall drivers should find enough space in the front. Head and leg room is good, and the interior is wide enough to not risk an elbow fight between front-seat occupants.

There’s also a decent amount of storage space, including good-sized door bins, various cubbies, and a tray at the bottom of the dashboard. Above that, there's a neat hidden compartment that clicks open to reveal another handy storage spot – on Allure trim and up, it even contains a wireless phone charging point.

Leg room in the back is reasonable, and there’s a generous amount of space for passengers’ feet under the seats in front. And, while head room is a bit tight, it's better than in the Zoe or Mini Electric. Just make sure you avoid adding a glass sunroof because this lowers the height of the ceiling quite a bit.

Both the e-208 and the closely related Corsa-e both have relatively small rear door apertures that can make it a bit awkward to climb aboard. Overall, children and those of modest stature will be fine, but a pair of larger adults won't want to spend too long in the back. To add a third would be a real squeeze, although the middle seat is at least softly cushioned. Every e-208 has five doors so you can access the rear seats relatively easily, unlike in the three-door only Mini Electric.

If you’re wondering if there's a practicality compromise in choosing an e-208 over a petrol or diesel version where it comes to luggage space, there isn’t. Fossil-fuelled or electric, every 208 has the same boot capacity. That means you'll be able to carry more luggage than you would in a Mini Electric, although a Zoe will carry even more. Unfortunately, there’s no handy height-adjustable boot floor like there is on the Mini, though. 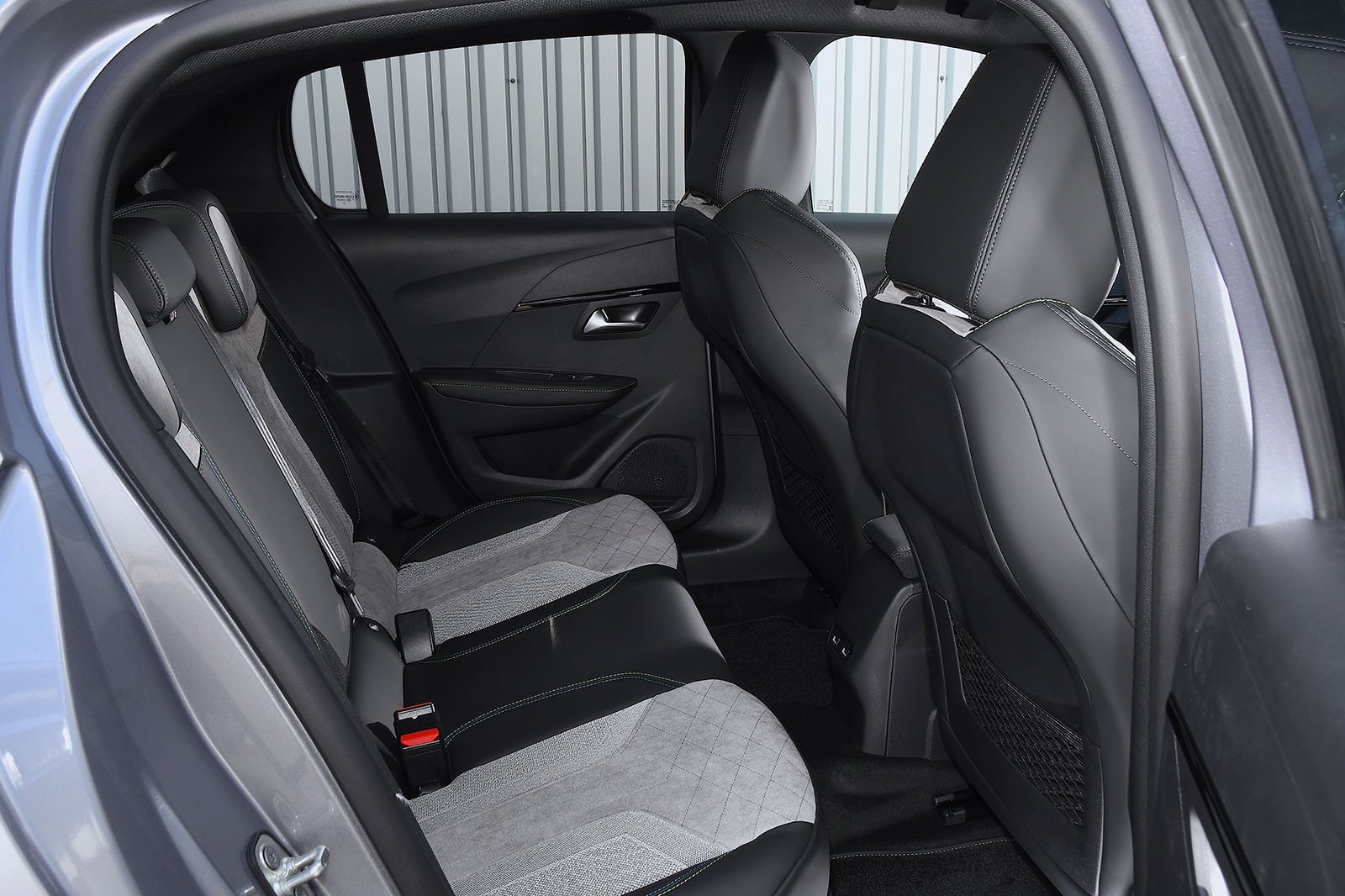