The Volkswagen T-Roc Cabriolet carries a hefty price premium, costing thousands of pounds more than the regular T-Roc, and is available in two generously-equipped trim levels: Design and R-Line. Design comes with with dual-zone climate control, automatic lights and wipers, Bluetooth and USB connectivity. R-Line brings a sportier feel with 19in alloy wheels and styling tweaks that include restyled bumpers, and adds LED headlights and a 10.25in digital driver’s display.

Heated seats and a spare wheel cost extra, as does that useful wind deflector. Plenty of safety systems are included as standard, including lane-keeping assistance, adaptive cruise control and automatic emergency braking, which we consider vital.

Running costs shouldn’t be too bad. The 1.0-litre engine officially returns 44.9mpg, which is roughly the same as the lower-powered engine in the Mini Convertible. Official CO2 emissions are also considerably lower than those of the BMW 2 Series Convertible; this means company-car users will pay lower benefit-in-kind tax should they choose the T-Roc Cabriolet as a breezier way to commute to the office.

The Cabriolet hasn’t been tested specifically by Euro NCAP, but the T-Roc on which it’s based received the full five stars when it was tested in 2017. That T-Roc didn’t score particularly well in the 2019 What Car? Reliability Survey, though; it finished low in our small SUV category results.  Volkswagen finished mid-table as a brand – in 16th place out of 31 manufacturers – and provides a three-year, 60,000-mile warranty and one year of European breakdown cover as standard. 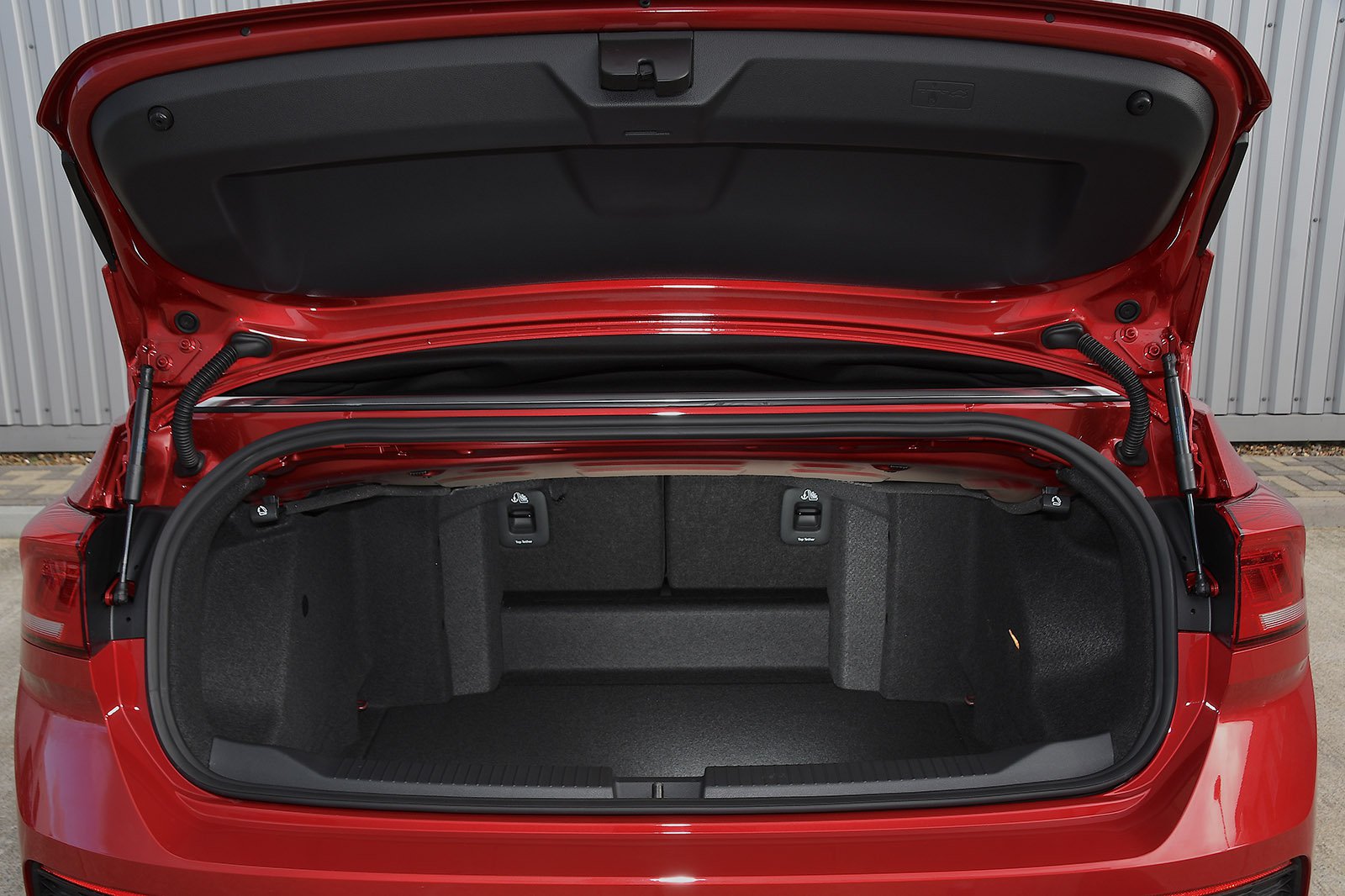