The Volkswagen Touareg R is packed with complex technology but is actually no harder to pilot than a regular Touareg. When you press the starter button and drop the car into Drive, the Touareg R pulls away in complete silence. E-mode is the default driving setting if the battery has enough charge and the impressively flexible motor can power the car up to motorway speeds with minimal effort (the maximum speed in electric mode is 84mph).

The claimed pure electric range of up to 28 miles WLTP (matching, as we've mentioned, the Audi Q7 TFSIe and Porsche Cayenne E-Hybrid) should be enough to do most commutes without needing to use the combustion engine. You will need to plug it in both at home and at work if you want to get anywhere close to its claimed 95.2mpg, though.

The electric motors provide plenty of low-down punch to help with overtakes, but the Touareg R never feels as sporty as the Q7 TFSIe or Cayenne E-Hybrid. That's partly down to the fact that the eight-speed automatic gearbox is not particularly responsive, especially in manual mode, and partly because the exhaust note is very subdued by the standards of the class.

Even when you’re approaching the 3.0-litre turbocharged V6’s redline, it sounds flat and tuneless, which is a real shame as the same engine sounds wonderfully characterful in the Cayenne E-Hybrid. That also sets the tone for the car’s handling. Even in Sport mode (unlike the Volkswagen T-Roc and Tiguan R it has no dedicated R mode), the Touareg R never quite comes alive.

Yes, there is plenty of grip and, despite weighing more than 2.5 tonnes, it exhibits impressive body control, but the handling balance has clearly been set up to prioritise safety over fun. Plant your foot on the exit of a corner and, unlike the Cayenne, which will kick out its rear end, the Touareg R will simply push wide at the front. That ‘safe’ balance, combined with overly light steering and more body lean than you’d expect, stops the Touareg R from feeling like a true sports SUV. 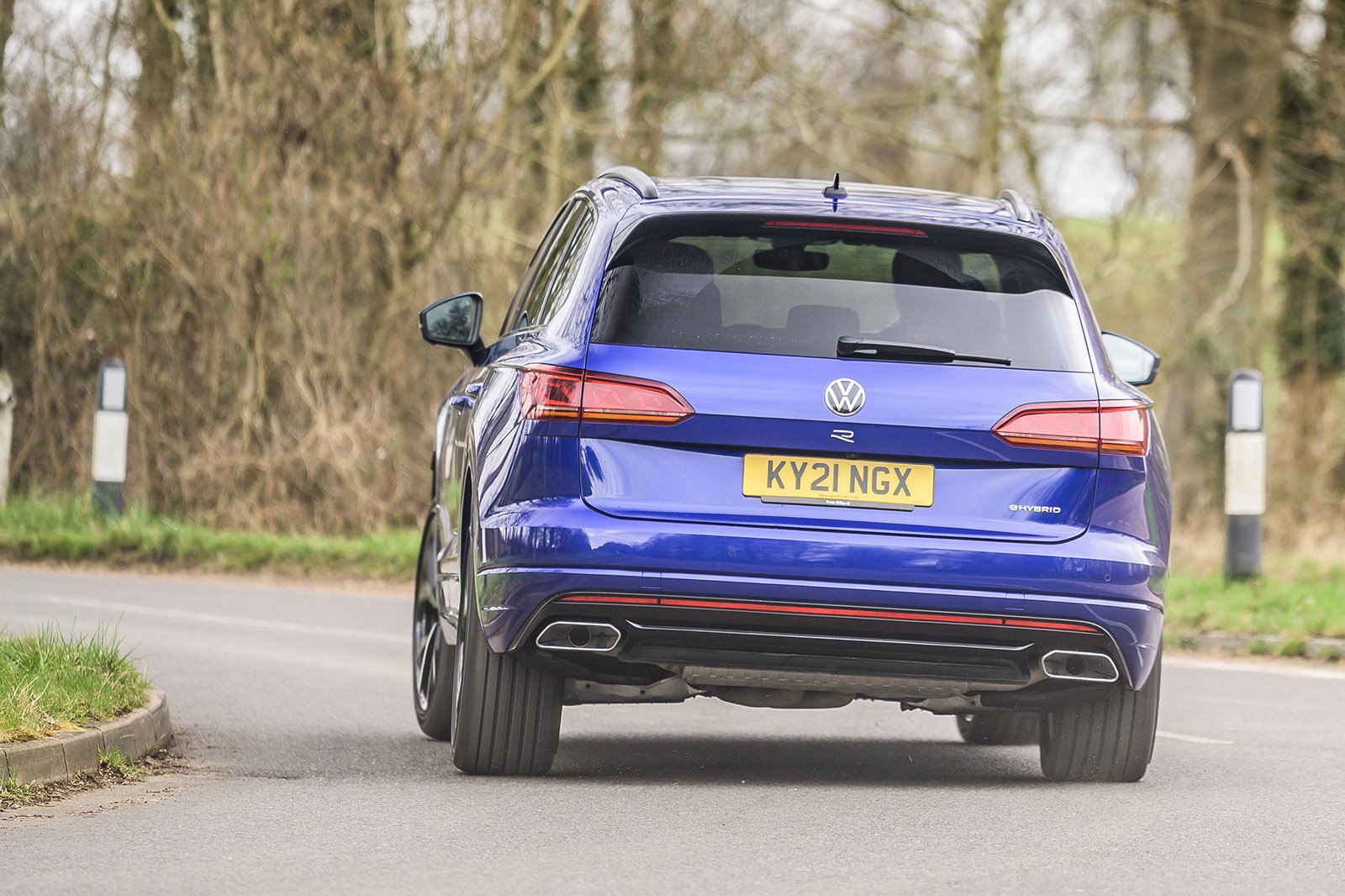