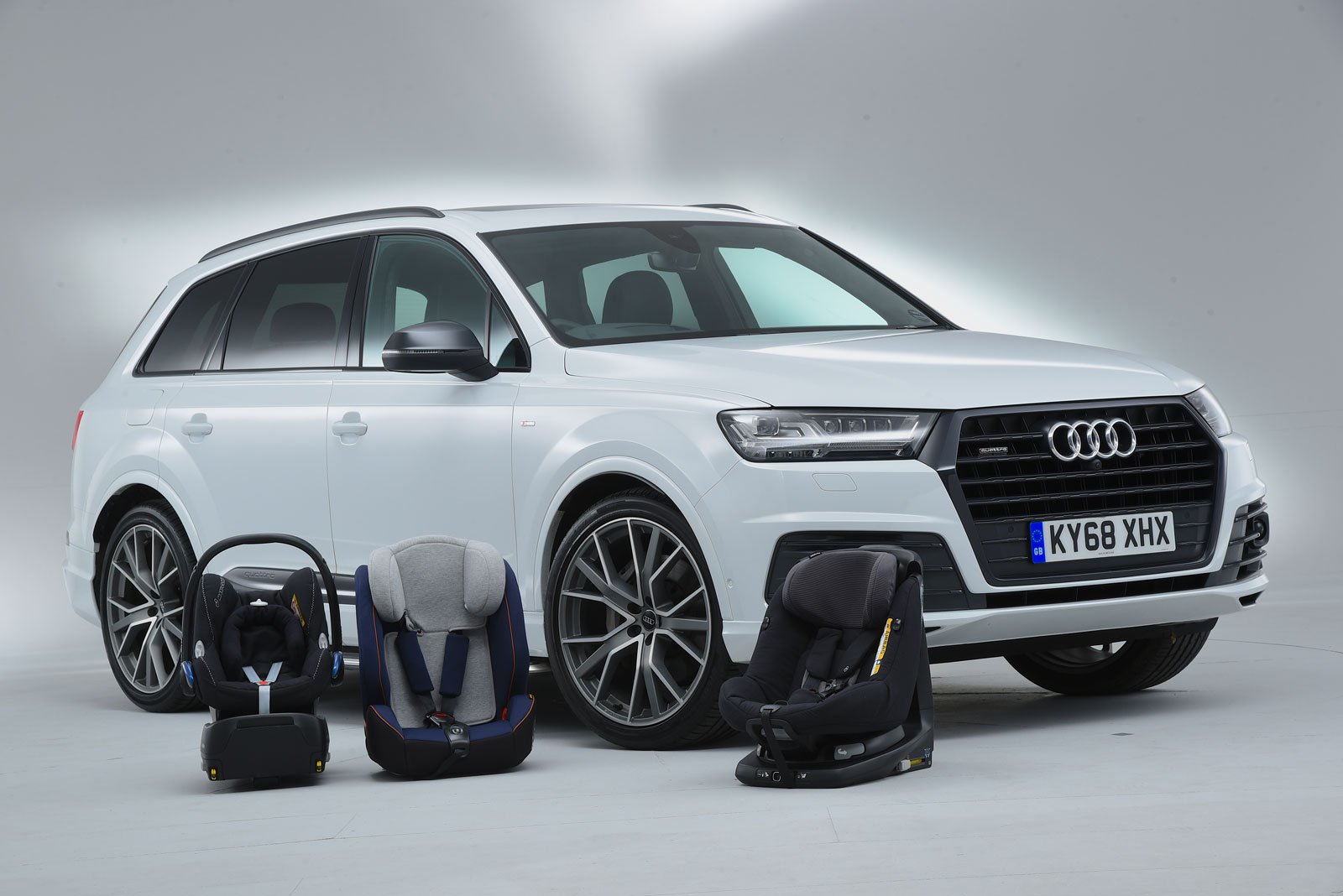 The Q7 is the roomiest luxury SUV in our test. It has seven seats and Isofix mounts for all five of those in the rear. The second row was wide enough to take all three of our seats, so we could choose between putting all three children there or giving them more space by sitting one or two in the third row.

The second-row seats fold and slide and even flip over into the footwells to give great access to the third row; we got our two larger seats back there without a struggle. Electric seat adjustment helped, too. 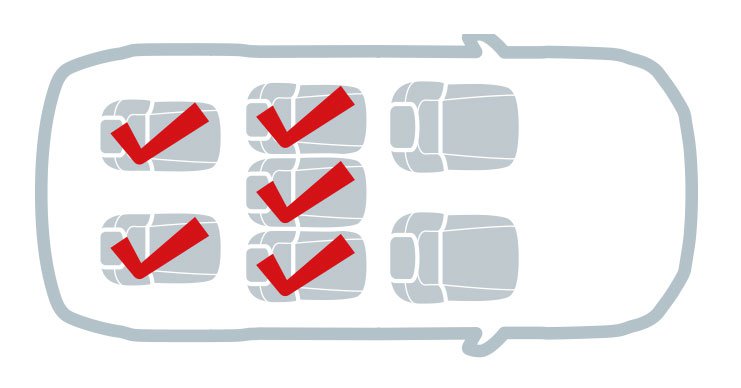 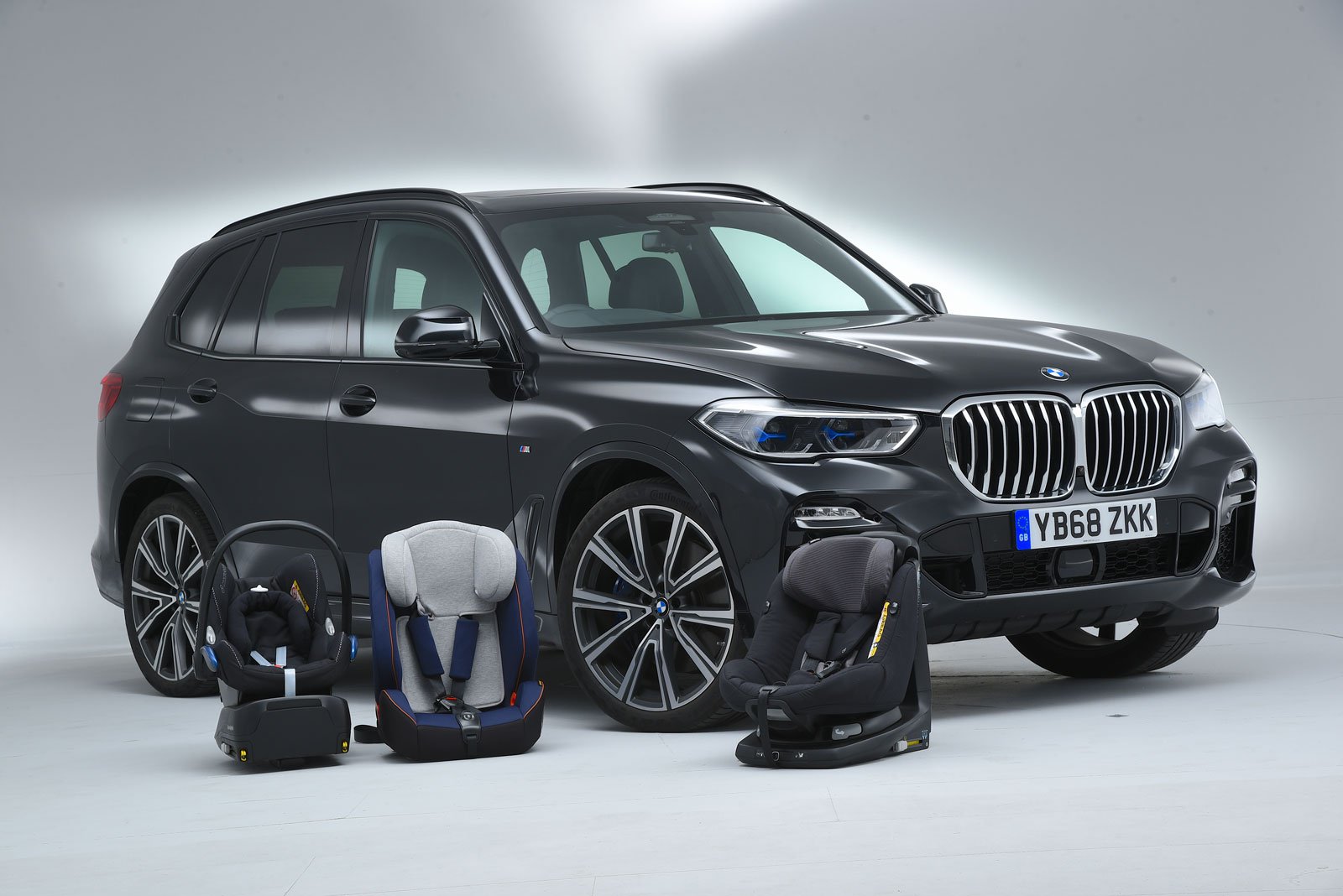 Although the X5 isn’t quite as spacious as the Q7, this seven-seat version also has great access to its third row via a button that electrically moves 60% of the second row up and over towards the footwell.

There are only two Isofix mounts in the second row and none in the third, so you’re limited to using seatbelt-secured seats at the back. We couldn’t fit all three child  seats onto the second row, and although the infant carrier can be used in the third row, it was too deep to lie flat enough to fit. 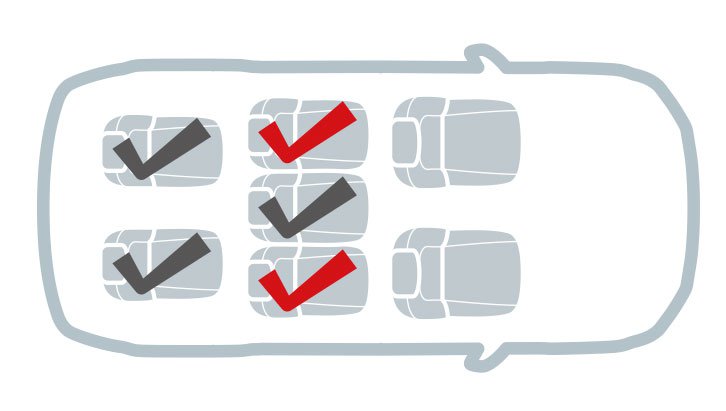 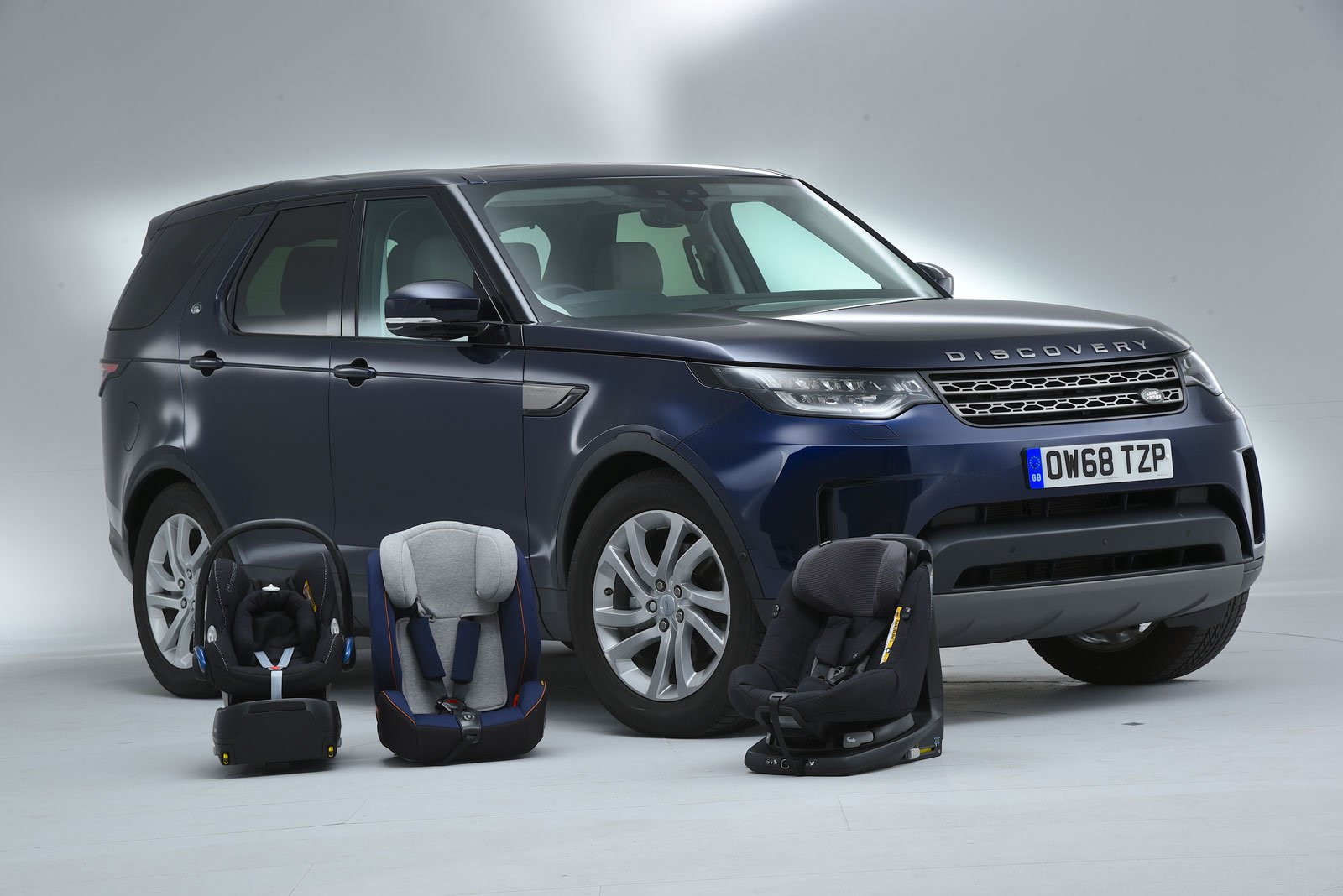 One of the most accommodating vehicles for larger families, the Discovery is a seven-seater with Isofix mounts and top tether points on four of the five rear seats. There’s plenty of leg room in both rows and the second row splits 60/40 and slides forwards, giving good access to the rearmost seats.

Although we could fit all three child seats into the second row, we had to secure the infant carrier with a seatbelt rather than its Isofix base and it was a tight squeeze to reach the seatbelt button. 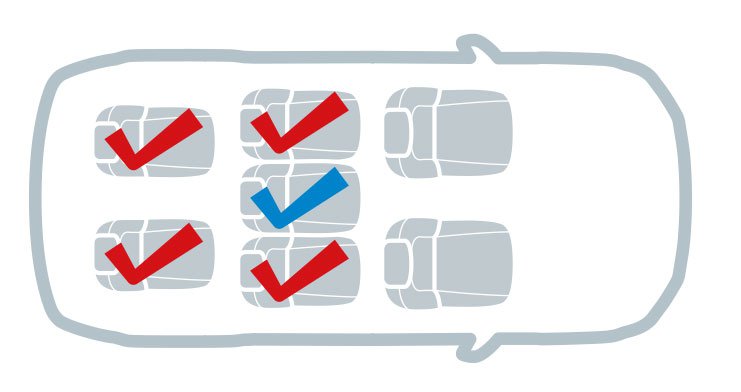 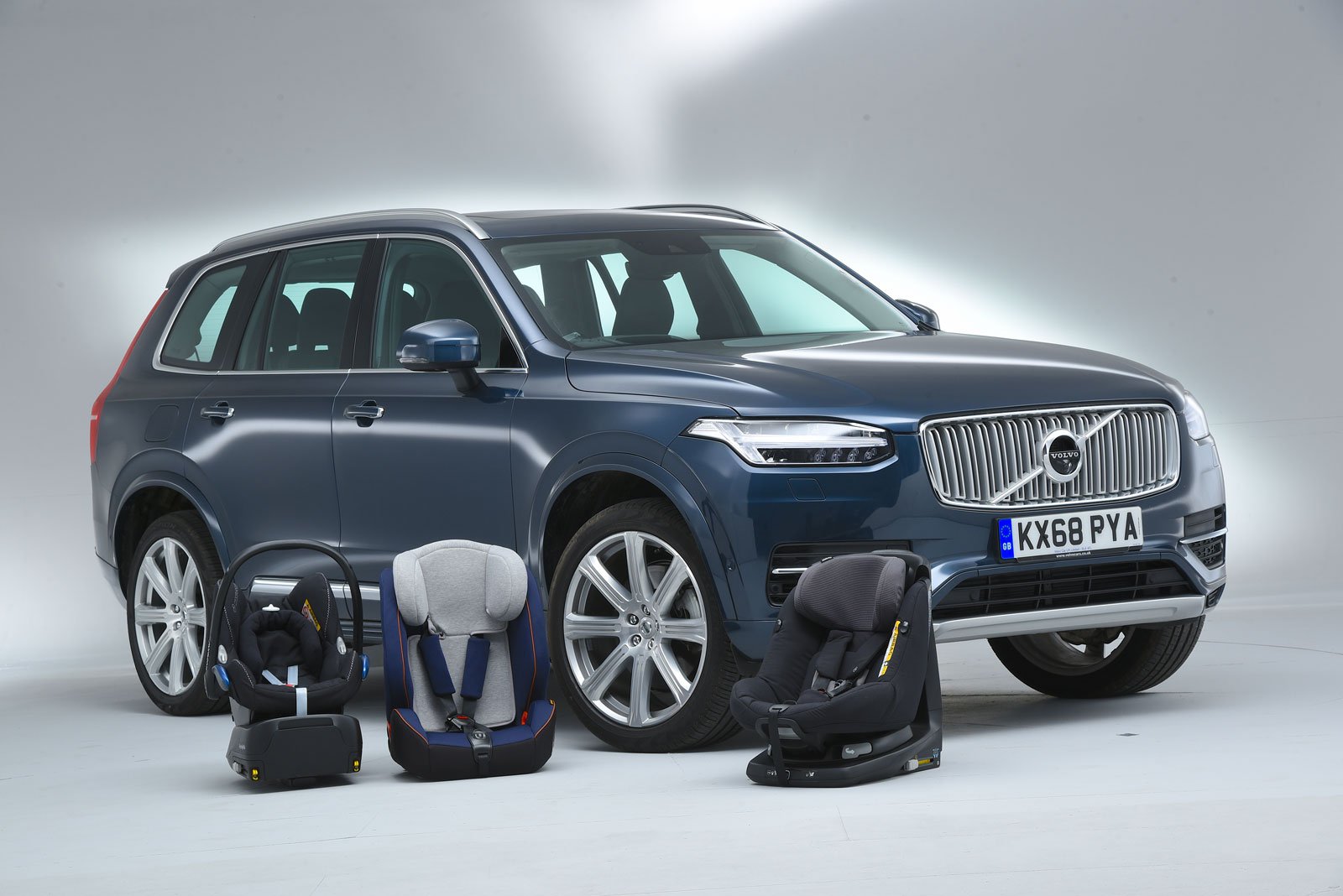 The XC90 isn’t the most practical for large families, with no Isofix points in the third row.

Although the outer second-row seats flip and slide forwards, providing good access for children, the centre one doesn’t move, making it difficult to get a child seat into row three. And while you can use the infant carrier in the third row, we found there wasn’t enough leg room to fit another seat in front of it. We did manage to fit all three seats onto second row using the seatbelt to secure the infant carrier, though. 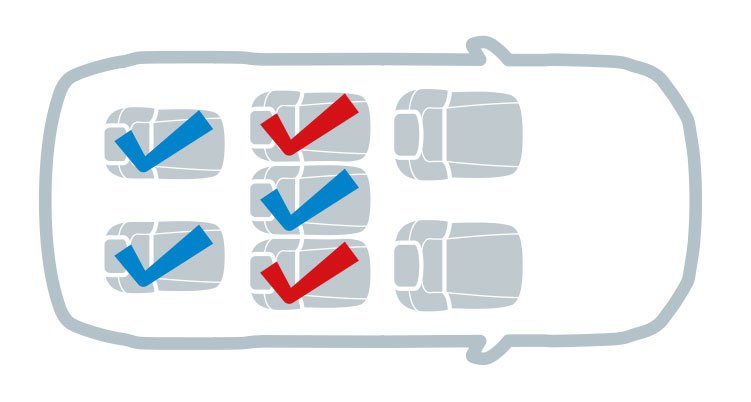 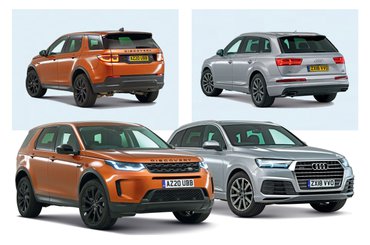 Shopping for an upmarket seven-seat SUV for around £40,000? A new Discovery Sport may be tempting – but so is a used Q7. Time to see which is the better buy

Car of the Year Awards 2021: Best luxury SUV for comfort