It only takes a short stint behind the wheel of the Stelvio Quadrifoglio to realise that it benefits greatly from being based on the Giulia Quadrifoglio saloon. On fast, flowing B-roads, you’ll be amazed at how well it hides its weight. Plus, the steering manages to be super sharp, without making the car feel overly nervous in a straight line.

In addition, while the Stelvio has four-wheel drive, we’re pleased to report that Alfa Romeo has managed to retain some of the rear-wheel-drive Giulia’s sense of fun. For example, if you give the Stelvio a big boot of power out of tight corners, its rear end steps out of line nice and predictably, and then, as the four-wheel drive system shuffles power to the front wheels, you get dragged out of the corner at a right old lick. In short, this is a car that can be as precise or as lairy as you want it to be.

The 2.9-litre V6 petrol engine is another highlight of the Quadrifoglio experience; it delivers razor-sharp accelerator responses with hardly any lag, despite being heavily turbocharged. Meanwhile, the fact that every upshift of the slick eight-speed automatic gearbox elicits a delicious crackle from the quad exhaust pipes when you’re accelerating hard in Race mode adds further to its appeal.

Unfortunately, Race mode also dials the stability control system right back to a level where there’s not much of a safety net should you run out of talent. And even more frustratingly, the lesser modes leave the Stelvio Quadrifoglio sounding more like a three-cylinder hatchback than a 503bhp monster.

Alfa Romeo has also had to give the Stelvio firmer suspension than the Giulia, in order to keep its extra mass in check, meaning it isn’t as adept as its saloon sister at soaking up bumps. Both the Audi SQ5 and the Porsche Macan Turbo feel more supple, although the Stelvio is by no means brutally firm, dealing with potholes and sharp bumps better than the Jaguar F-Pace SVR and Mercedes-AMG GLC 63. 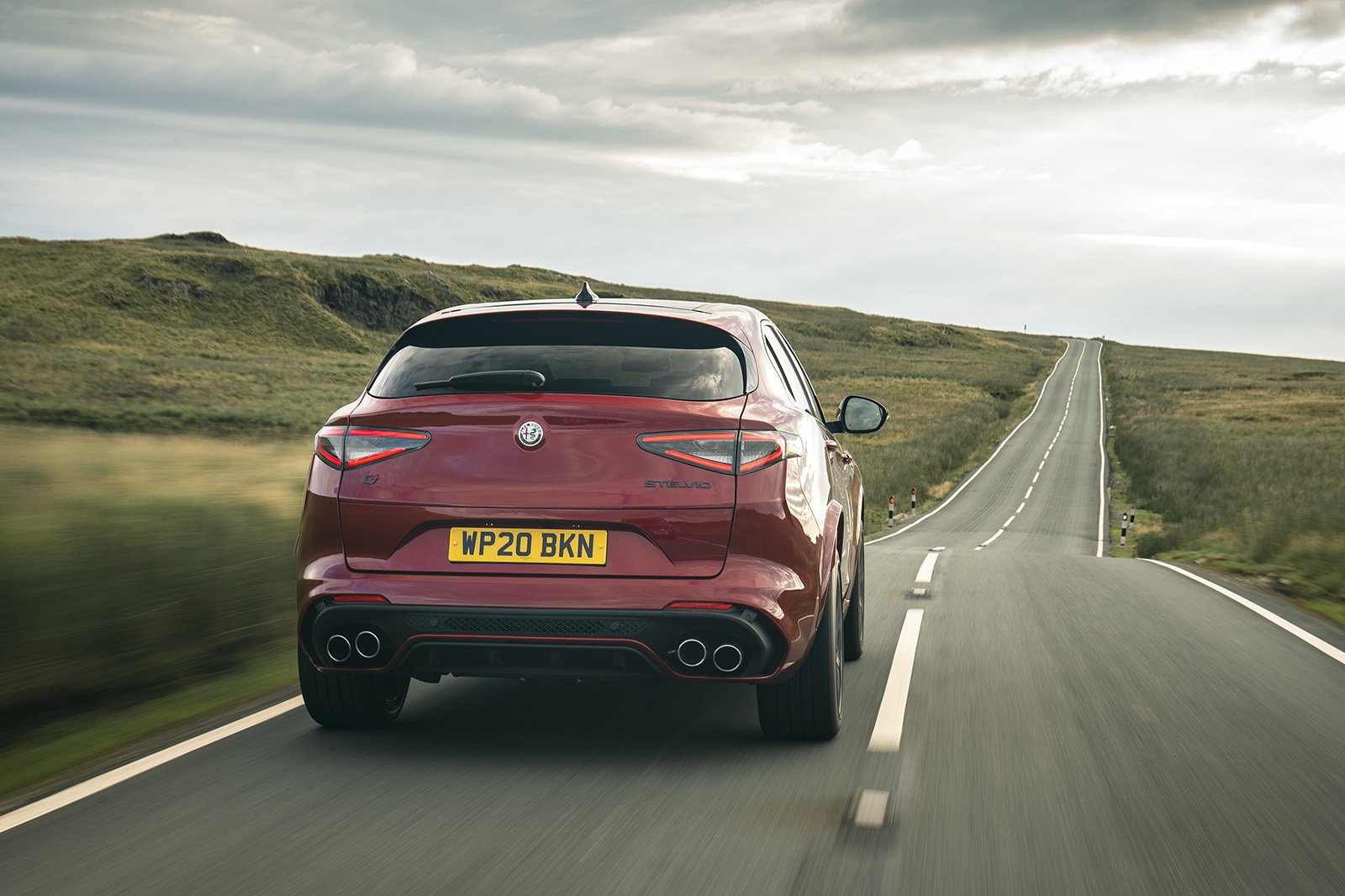 Awesome acceleration and impressive handling, but the Por...