So far, we’ve driven the mid-level 40 – our favourite version – and the range-topping 50. The 40 has 201bhp, rear-wheel drive and an 8.5sec 0-62mph time. That's slightly slower than the equally powerful Audi Q5 45 TDI diesel can manage, but if anything, the Q4 feels a bit faster in everyday driving. It surges forward almost instantaneously when you put your foot down, instead of requiring time to rev up or change down.

S line models without this option on 20in wheels and stiffer sports suspension have a touch more fidget, both when pottering around town and going over pockmarked roads at speed, but it’s still a comfortable car.

Again, for context, it won’t be as supple as the very best petrol SUVs, simply because the Q4’s heavy battery pack requires stiffer suspension to hold it up. The Q4 isn’t as jarring as the equivalent XC40 over expansion joints on the motorway, though. 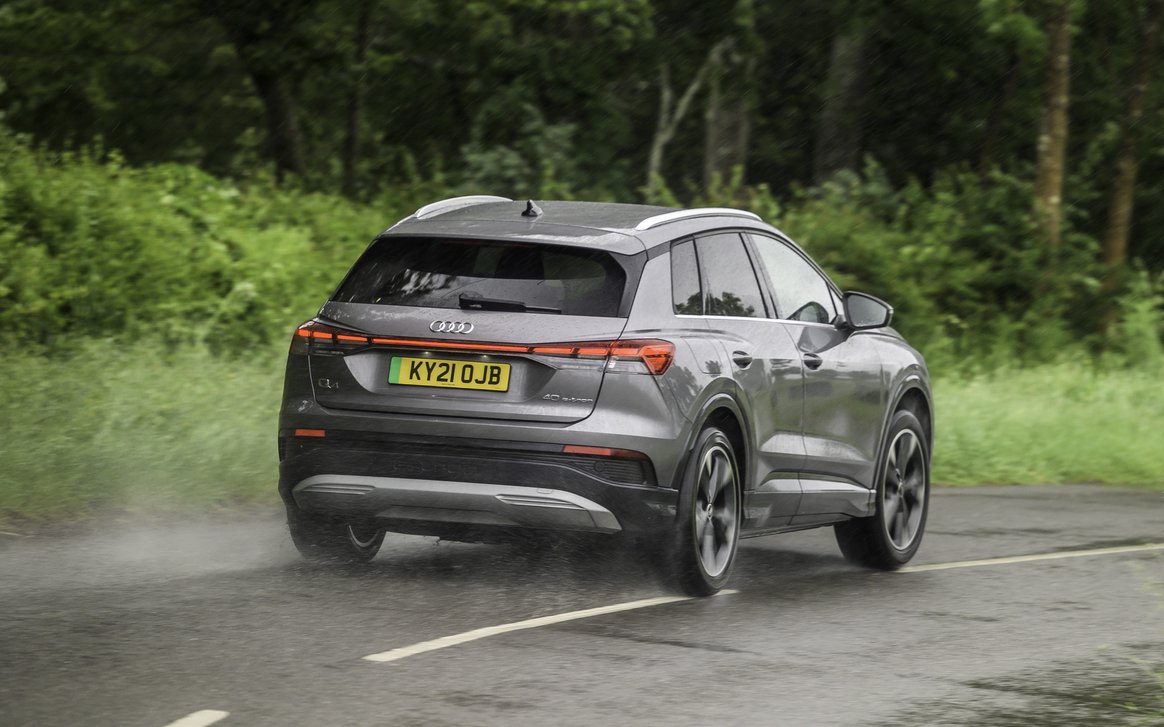 There can be a fair bit of body lean in Sport and more stiffly sprung S line cars, but the Q4 grips strongly and its accurate steering gives you the confidence to hustle it along. We'd suggest keeping it out of the unnecessarily heavy Dynamic setting.