There’ll be few complaints from those up front in the M135i; the driver and passenger have plenty of head and leg room, while the interior is nice and wide. There are also decent-sized door bins and a generous cubbyhole under the central armrest. Add the tray at the front of the centre console and there’s a good amount of interior storage.

That’s great news in itself, but one of this car's most notable improvements over the old M140i is the amount of room it has in the back. Six-footers will feel their heads just brushing the roof, but anyone shorter should be comfortable, even on long journeys. There’s decent leg and knee room, plus a useful amount of space for feet beneath the front seats. Getting in the back is easy enough, too, thanks to all M135is having five doors. Overall, it rivals German competitors for interior space, although all of those cars look a tad stingy in the rear compared with the Honda Civic Type R. 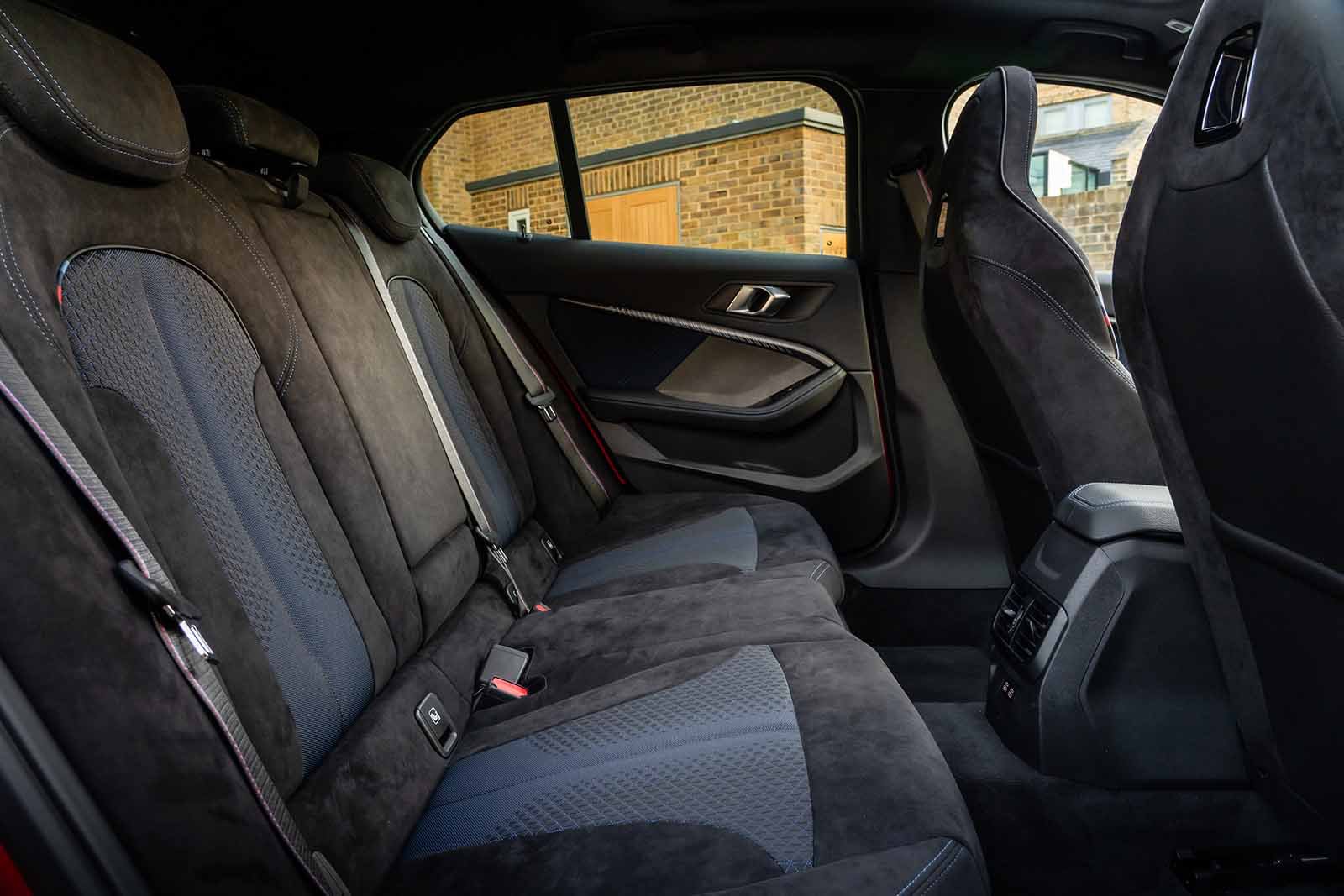